10 Ways your visit to the hospital can get you killed 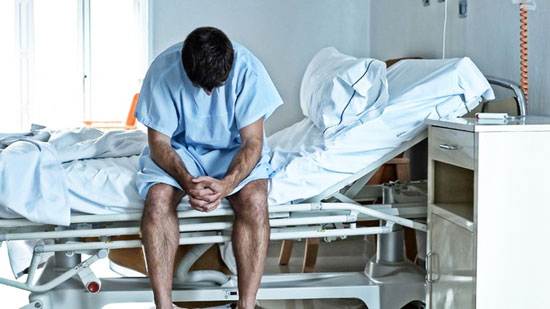 Modern science and Western medicine can certainly save your life in certain situations, and nobody should take for granted the fact that thousands of American doctors and surgeons save lives every day in hospitals and emergency care facilities. Without hospitals, many life-threatening situations would have much worse odds of survival, especially if you are getting broken bones mended, deep wounds sewn up, having a baby, or emergency surgery for internal bleeding. The scariest part of visiting a hospital, though, is not the problem you checked in to get fixed, but ten other life-threatening “serial killers” that stalk and infect their “prey” often killing the poorly “defended” patients, who recently checked in, but may never check out again.

Americans like to think U.S. hospitals are the top in the world regarding technology and safety, but what if you found out that all the advanced technology and doctor expertise in the world is useless when safety gets thrown out the window, and health hazards are coming at you right and left, crippling your immunity and threatening every organ in your body? Most people believe that a hospital is where they should go to be saved from their injuries and sicknesses, but in actuality, the odds of dying in a hospital are far greater than anyone would ever think.

Here are the top 10 ways you can easily die in a hospital, other than from what you checked in to get treated for.

Bacterial staphylococcus (staph) infections from a deadly superbug called MRSA (methicillin-resistant staphylococcus aureus) are on the rise, and they are immune to nearly every antibiotic known to modern medicine. MRSA is resistant to methicillin, oxacillin, amoxicillin and penicillin. Yearly, over 100,000 MRSA infections are diagnosed and 20,000 of those infected will die. Of those 100,000 infected, half of them contracted MRSA in the hospital. How? Many doctors and nurses fail to wash their hands often enough. MRSA can even spread from dirty instruments, bed sheets and even in the food made in the horrific hospital cafeteria. Due to the mass overuse of antibiotics by MDs in America, penicillin is no longer the solution for superbug infections. In fact, the war on superbugs could cost $100 trillion by 2050.

The CDC says everybody over age 64 should get the pneumonia vaccine, even “high-risk seniors” who have cancer, heart disease or diabetes. But isn’t this the same CDC that recommends the mercury-loaded flu shot, even when the vaccine knowingly contains the wrong strains of the flu? This advice contradicts advice from another crony organization, the American Cancer Society, that doesn’t recommend any other vaccine for cancer patients or people with weakened immune systems.

The fact is that when the immune system is not working properly, like when you’re in the hospital for just about any reason, vaccines have a heightened chance of causing severe adverse effects. This is especially true for the elderly, because most vaccines contain combinations of live viruses, some of which are genetically modified and laced with formaldehyde (embalming fluid for the dead). Many surgeons recommend the pneumonia vaccine for seniors while they are recovering from major surgery, however common sense says this is really bad advice.

Did you know many hospitals force their doctors and nurses to get flu shots every year, even when the shots have been proven to be worthless? The flu shot is a huge money maker – that’s why. Plus, popular influenza vaccines like Fluzone and FluLaval contain known neurotoxins mercury and formaldehyde. Formaldehyde is a pickling chemical used to preserve cadavers and is highly toxic to the nervous system. It is ranked as one of the most hazardous compounds to human health and can cause liver damage, gastrointestinal issues and respiratory distress. Yet, no doctor in America will ever blame the flu shot when you die from it in the hospital.

Did you know that doctors and hospitals in the United States have a financial incentive to perform surgery on dying seniors because Medicare is guaranteed to pay for it? What’s worse is that most of those procedures fail to improve the patients’ lives at all. The stress of surgery literally adds to mortality rates. Many of those same surgeries could have simply been treated with medication and therapy.

Originally derived from the deadly mustard gas that was used in chemical warfare during World War I, the oldest and most common type of chemotherapy used today are called alkylating agents, and most “groups” of chemotherapy fall under this umbrella term. Are you heading to the American “gas chambers” for some cancer “treatment”? All chemotherapies cause depression of the immune system, leading to a drop in white blood cells, red blood cells and platelets. Dehydration, malnutrition, frequent vomiting and diarrhea are all side effects of chemo.

Radiation therapy can go horribly wrong. Some patients develop sarcomas in connective tissues while others die of associated problems and side effects like respiratory disorders, blood clots, bowel damage, delayed healing of wounds, pulmonary embolisms and severe neuropathic pain that may never go away until you die.

Any legitimate doctor will tell you that stress, depression and anxiety can exacerbate hypertension, cancer, heart attacks and strokes. False diagnoses can lead to major stress and unfortunately, they are common in many hospitals across the country.

8. Antibiotics and Pharmaceuticals wipe out your immune system

In one fell swoop, a strong dose of chemical-laden drugs can kill your good gut bacteria and destroy your best defense against infection. Thousands of doctors misdiagnose viral infections and prescribe antibiotics early on, thus crippling the patient’s defense. Again, no doctor has ever blamed antibiotics for their patient’s death in a hospital.

Most U.S. hospitals are crawling with superbugs, bacteria, parasites and pathogens. It’s the antithesis of the “herding” theory.

Surely you won’t find organic food and spring water at a U.S. hospital. Why? Because Western Medicine and the FDA have completely ruled out food as medicine. Instead, you’ll be served with processed, nutrient-void, pesticide-laden GMOs, artificial sweeteners “food” – all while taking chemical-based medications that wipe out your good gut bacteria.
If you can, visit a naturopathic physician before and after any hospital visit, and have your family bring you some organic food and spring water during your stay.