You may not think about life extenders, but they’re easier to work into your day than you’d think. While we still haven’t managed to invent a potion that will keep us all looking and feeling young forever, there are ways to increase our longevity. Whether it’s taking a walk in the park, eating something spicy or helping others, you’ll be surprised by the easy life extenders you can start tapping into today. 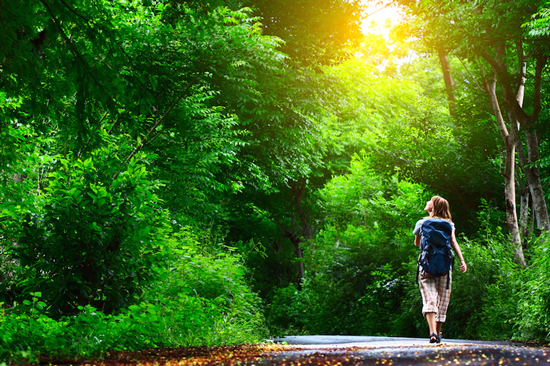 Going for a walk in green spaces can actually help you live longer. A recent study found that women who lived in areas with lots of green space nearby reduced their risk of death by 12 percent. Living longer wasn’t the only benefit, either. The researchers noted that spending time in green spaces also increased social engagement, which improves relationships and makes us happier, and physical activity, while improving mental health – all great reasons to put down the smartphone and enjoy some time outdoors.

If you live in a concrete jungle, simply having a view of green space can boost your mood, whether or not you take a stroll. Office workers who enjoyed a forest view were found to have greater job satisfaction and less stress than those without a green view. Because stress takes an enormous toll on our bodies, tapping into ways to bust stress is always wise.

Changing your diet is one of the simplest and most rewarding life extenders. Science shows us that several diets tend to increase life expectancy, so you’re likely to find one that you enjoy. The Blue Zones diet, for instance, takes its cues from several regions of the world with the longest-living people and focuses on eating fresh, whole foods, dairy and fermented foods like kefir and natto.

The Okinawa diet, named after the people of the Japanese island Okinawa, which boasts some of the oldest inhabitants in the world, focuses on eating a variety of colorful fruits and veggies. The Okinawa diet is mostly plant based and limits grains and dairy. Researchers believe that one of the reason Okinawans live so long is their attitude towards food. They follow a philosophy that translates to “eat until you are eight parts out of ten full”.

The Mediterranean diet is also associated with a longer lifespan, likely because it’s packed with anti-inflammatory foods that protect against a variety of diseases, including heart disease, cancer and diabetes. Veggies, fruits, nuts, healthy fats like olive oil, high-quality dairy are staples of the Mediterranean diet.

What these diets all have in common are that they’re largely plant-based.

So if these diets are proven to be life extenders, which foods should you steer clear of? Meat, genetically modified foods, hydrogenated oil, highly processed foods which are loaded with preservatives, cancer-causing pollutants, antibiotics and pesticides. 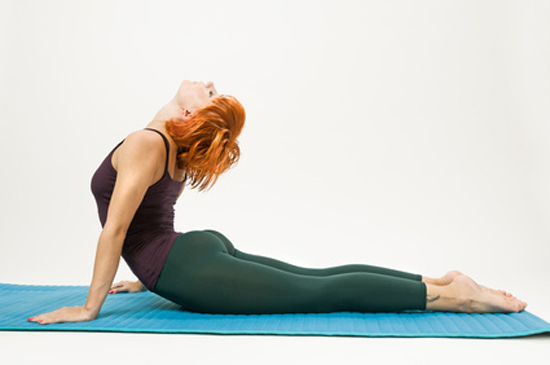 After a tough workout, you might find yourself wondering if the muscle pain and soreness is worth it. It turns out, if you were playing a racquet sport, swimming, doing aerobics or cycling, you’re likely extending your life. Even better, HATHA YOGA exercises are an amazing way to prolong your life and improve your health.

A study of more than 80,000 adults found that exercise offers life-saving benefits – the risk of death from any cause, for instance, was 47 percent lower among adults who play a sport like tennis or badminton, while the risk of death from cardiovascular disease was a whopping 56 percent lower among people who played racquet sports. According to the study authors, “it’s not only how much and how often, but also what type of exercise you do that seems to make the difference.”

While researchers aren’t exactly sure what it is about strength training that increases longevity, the study did find that people who strength trained were more likely to have a normal body weight, to partake in aerobic activity, as well, and tend to keep away from alcohol and tobacco, which could also impact lifespans positively.

If running is more your style, take comfort knowing that you don’t have to be fast for it to act as a life extender. In fact, running slowly might help you live longer. A Danish study found that joggers who ran at a slow pace enjoyed a lower mortality rate than non-joggers, while speedier runners didn’t live longer than their non-running counterparts. So on your next run, slow down and smell the roses.

Intermittent fasting it’s a terrific way to lose weight, increase insulin sensitivity and lowering bad cholesterol levels. Moreover, researchers think it’s actually a life extender. The idea is that when the body isn’t busy digesting food or trying to eliminate toxins and, instead, goes into a fasting state, it “switches off” and lets cells repair themselves and create new stem cells.

A 2015 study reported that fasting periodically – they recommend reducing calorie counts five days once a month – made an impact that lasted for up to six months after the fast. They found that biomarkers for cancer, aging, diabetes and cardiovascular disease all decreased after fasting.

Luckily, there are intermittent fasting benefits for shorter periods of time, too. 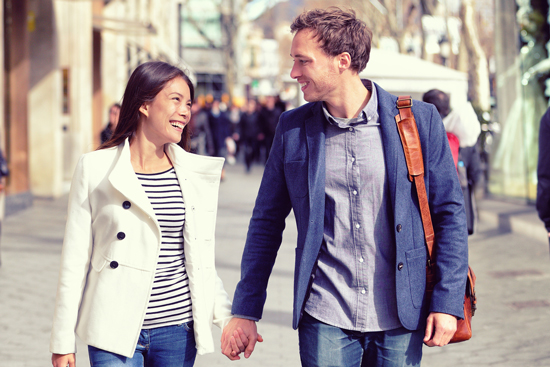 If you’re sitting at your desk all day, it could be as harmful as going out for cigarette breaks. Luckily, you can combat the negative effects of sitting all day by exercising daily. If your workday is largely sedentary, adding an hour of moderate physical activity outside work hours can cancel out the increased risk of death that comes with not moving throughout the day.

You might be wondering where you’ll find an extra hour in your day. Luckily, the movements are cumulative, so a few minutes here and there of extra movement throughout the day can really add up. Try walking meetings, getting up and going to talk to people instead of sending another email. You may also find useful productivity apps like Pomodoro or Productivity Challenge Timer.

Here, you work for 25 minute stretches and then take a 5-minute break. Not only does it help with making sure you stay on the task, it’s a handy reminder to get up and move nearly every half hour. If you really want to keep active during the day, you can also invest in a treadmill workstation to help get standing desk benefits with the added bonus of extra steps. Even standing desks alone have been found to lower the risk of chronic disease and act as a life extender.

6. Stop Watching So Much TV!

Watching hours and hours of TV programs or online videos might be killing you. Similar to sitting too much during the day, watching hours of television means you’re likely sprawled on the couch and remaining sedentary. People who watched TV for three or more hours a night doubled the risk of early death when compared to people who watched an hour or less of TV. Another study found that watching more than five hours of TV a day increased the risk of dying from a blood clot in the lung.

If you find yourself binge watching series often, it’s probably time to put a limit on the amount of television you’re consuming, or at least make sure you keep moving while watching. Give yourself a circuit to do while catching your favorite shows, like push-ups, crunches, squats and lunges, or even better, turn off the TV and do something more active and creative, like cook dinner, instead of buying fast food and sit in front of the screen.

7. Surround Yourself with Friends

Friends and family might drive you nuts sometimes, but they could be helping you live longer. The Harvard Happiness Study found that strong, meaningful social connections and relationships are the keys to happy lives. It makes sense, since people who are lonely or isolated have a higher risk of death than those with a strong social network. If your friends live far away, though, using a social network to stay connected can be a life extender.

A study found that people connecting to their dear ones are 12 percent less likely to die than those who aren’t that close to those they love.

It could be because connecting with people increases a person’s perception of their social support, which helps lower stress. So enjoy frequent quality time with your dear ones!

8. Be a Lifelong Learner 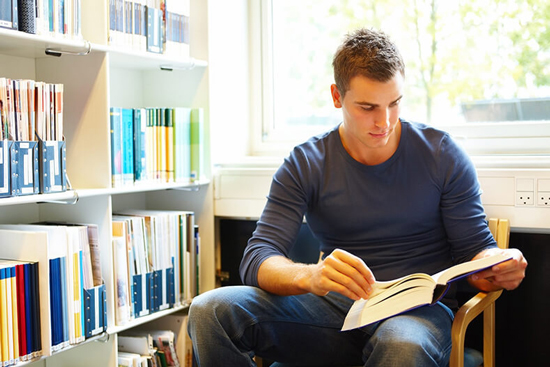 For some people, life extenders are natural: smart people live longer. It’s not just that smarter people make better choices, but that their genes actually support a longer lifespan. But if you don’t have an off-the-charts IQ, visiting the local library might help.

One study used data on over 3,600 people and found that book readers, on average, lived almost two years longer than people who didn’t read any books. Those who read up to 3.5 hours a week were 17 percent less likely to die over the course of the 12 years participants were tracked; those who read more were 22 percent less likely to die. A longer life in which to read fantastic stories? Sign up!

Adding a little spice to your life could help you live longer. It turns out that eating certain peppers impacts your death risk, lowering your risk of death by 13 percent. Though researchers haven’t been able to figure out exactly what it is about hot peppers that make them life extenders, so far all signs point to capsaicin, the active ingredient in the vegetables. It’s an antimicrobial, so the capsaicin in peppers is likely fighting against bacteria and helping to keep us healthy.
Try adding hot peppers to your meals to enjoy some heat and add some time to your life.

Giving back feels good, but it could also be helping you live longer. One study out of the University of Michigan found that folks who volunteer with selfless motivations live longer than people who don’t volunteer. Interestingly, though, people who volunteered for self-motivated reasons – “it helps me feel good” or “it’ll look good on my resume” – don’t get the same life extender benefits.

In the group of 2,384 non-volunteers, 4.3 percent died, though only 1.6 percent of altruistic volunteers did. Self-motivated volunteers died at levels similar to non-volunteers (4 percent). It’s fascinating to think that our bodies know if we’re doing something to be helpful or to just help ourselves.

For many people, though, a volunteering gig that might have started as a self-motivated event can often turn into something more meaningful, as they start to see the impact of their work. Getting involved in your local community is also a great way to meet new people and create new friendships, which play their own role in helping us live longer.

Praying can be a powerful life extender. A study on almost 75,000 women over 20 years found that those who were praying more than once a week had a 33 percent lower risk of dying than those who never did any spiritual practice. And even those who only used to pray weekly, or just at times, saw benefits, as they lowered their risk by 26 percent and 13 percent, respectively.

Unfortunately, researchers weren’t able to pinpoint exactly what it is about praying to God that makes it a life extender. But it’s easy to imagine that having a strong support system in place, and maybe even a sense of purpose in life, could play a role. Because most of the women in the study were Protestant or Catholic, the authors also are unable to say whether the same results would hold true for other Christian denominations or religions.

However, a number of studies were able to prove the benefits of spiritual practice in general, and of yoga and meditation in particular.