12 reasons to avoid the flu shot 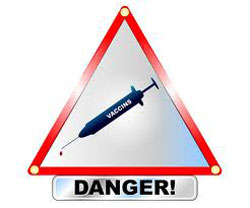 Spurred on by the relentless urging of government health authorities, over half of the U.S. population currently gets a flu shot. Yet when it comes to actually protecting citizens from influenza, studies have emerged demonstrating that the vaccine may very well be ineffective – as well as offering a load of neurotoxins.

As evidence against vaccines accumulates, it turns out there isn’t just one good reason for bypassing that flu shot. In fact, most natural health experts agree there’s at least 12 reasons! (keep reading)

Thimerosal, a common vaccine additive and preservative, contains mercury – which is a known neurotoxin. Be warned: there is no proven safe amount of mercury in the human body – an important piece of information, given the fact that even vaccines touted as “thimerosal-free” contain mercury in “trace amounts” which can still be up to 300 ppb!

And just for the sake of being clear – anything over 200 ppb is considered toxic. So, you may be wondering, what about the “non-thimerosal-free” version of the vaccine – which contains 25 mcg of thimerosal? Prepare for an appalling 25,000 ppb. (Can you believe this is legal?!)

The flu vaccine can contain drugs such as neomycin and gentamycin – which are not only theoretically useless against viruses, but can contribute to the development of antibiotic-resistant “superbugs”. Antibiotics also cause die-off of beneficial bacteria that are essential for good health.

Yikes! Glyphosate – the toxic herbicide ingredient – is found in vaccines

According to recent independent laboratory studies conducted on multiple samples of many common vaccines, many are contaminated with glyphosate, the toxic herbicide found in the weed killer Roundup. The chemical has been linked with diseases such as autism, IBD and non-Hodgkin’s lymphoma; the World Health Organization acknowledges it is “probably carcinogenic”.

What about all the other toxins in flu shots?

In addition to mercury, vaccines can contain such substances as aluminum, formaldehyde, carbolic acid, the disinfectant betapropiolactone, and ethylene glycol – otherwise known as antifreeze.

In response to the claims that flu vaccines save lives, vaccine safety advocates point to recent research. A 2013 study by the CDC found that older adults who had received the flu vaccine were just as likely to seek treatment for the flu as those who didn’t – a very puzzling state of affairs, if flu vaccines work.

In addition, The Archives of Pediatric and Adolescent Medicine reported that children who got the flu shot had no difference in incidence of getting the flu than those who did not. And, although there has been a 15 percent increase in vaccinations among the elderly from 1980 to the present, deaths from the flu and pneumonia have not decreased.

Vaccinations can actually trigger the spread of illness

With 80 percent of people who get the flu vaccine shedding the virus for over a week, the risk of contagion to others is raised. Sadly, Western medicine actually believes this is “healthcare” at its finest. (When will they learn?)

The 2016 flu vaccine may not even work to treat whatever flu that is going around. There are three different classifications of influenza, each with its own serotypes. Developing the flu vaccine for any given year is based on guess work and estimates. (Not very scientific.)

Even if your vaccine is for the “right” virus, it will be futile if your body hasn’t yet produced a full response – which can take up to two weeks – or if there is too much time between the vaccine and the viral exposure. When too much time elapses, the virus can adapt into a structure the body doesn’t recognize.

Protect your brain: Flu shots are linked to an increased risk of Alzheimer’s disease 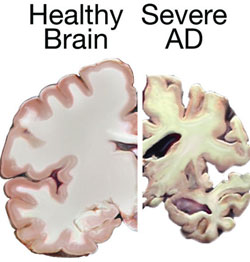 Many scientists and health experts say that vaccines have caused the risk for Alzheimer’s disease to skyrocket. Some estimate that Alzheimer’s is ten times more likely in someone who has received the flu vaccine for three to five years in a row, and point to the combination of mercury and aluminum as a likely factor for the raised risk.

It all comes down to inflammation. The crap found inside flu vaccines can travel to distant parts of the body (like the brain) and cause horrible side effects – as a result.

With the Advisory Committee on Immunization Practices heavily invested in flu vaccine companies, it’s obvious that vaccines are a “cash cow”. This is why it’s unreasonable to expect any improvements in vaccine safety from conventional outlets like, vaccine manufacturers or politicians.

The flu shot is associated with Guilain-Barre syndrome

According to the U.S. Health and Human Services, other compensations for flu vaccine injuries included settlements for transverse myelitis, gastroparesis, brachial neuritis and Bell’s palsy.

As viruses are notoriously crafty shape-shifters capable of quick mutations, many scientists fear that continued use of flu vaccines could cause influenza viruses to become harder to kill – the same scenario we are seeing with the advent of antibiotic-resistant “superbugs”.

How to avoid the need for vaccines: Natural remedies to prevent and treat the flu

Research has shown that adequate amounts of vitamin D during flu season can prevent people from getting the flu. For those who do get the flu, vitamin D can still be used to alleviate discomfort. In recent studies, people with higher than average levels of vitamin D reported greatly reduced symptoms.

And don’t forget another “miracle” vitamin and powerful immune system booster: vitamin C. Studies have shown that treatment with high-doses of vitamin C – about 3,000 mgs a day (or more) can reduce flu and cold symptoms by 85 percent. Remember, depending on the severity of your health crisis – you may need to take much more vitamin C to eliminate symptoms.

With these safe and natural remedies at hand, the prospect of getting a flu shot begins to seem more and more like what it really is: a senseless spin of a dangerous roulette wheel.

As a side note, whether we like him or not, no one has ever accused Donald Trump of pulling punches. In fact, not too long ago, he spoke out about the flu vaccine, saying he has “never had one – or a case of the flu”.