Study after study has shown a clear link between vaccines and autism spectrum disorders (ASDs), yet health authorities repeatedly fail to protect the people. In fact, they keep defending the industry by stating that childhood vaccines do not increase the risk of ASD or other illnesses. How much more evidence do they need before they finally admit to one of the biggest science frauds in human history?

It is no longer a secret that the vaccine industry will do everything in its power to protect its profits and maintain the general belief that we all need to vaccinate our children. They even think it’s normal to exploit kids to defend their cause. In one of their propaganda stunts, they used a 12-year-old boy as a pawn to promote the pro-vaccine agenda.

In case you missed the story, Marco Arturo, a budding 12-year-old “scientist” who lives in northern Mexico with his family, posted a video on Facebook called “Vaccines DO cause autism,” in which he claimed that he managed to gather scientific evidence about vaccines and autism. 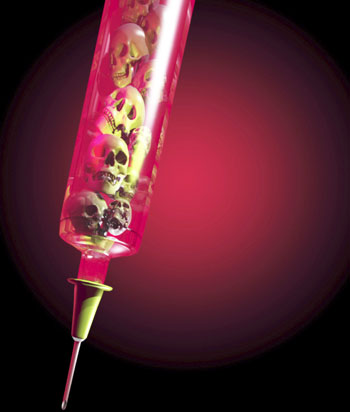 He started the clip by claiming that everyone has been lied to by doctors and pharmaceutical companies about the dangers of vaccines. After a lot of research, he claims to have found proof that vaccines do cause autism, despite Big Pharma and Big Medicine claiming otherwise. However, when he opened his folder with the evidence he gathered, all the pages were blank, insinuating that there is zero evidence of an association between vaccine ingredients and autism spectrum disorders (ASD). He then goes on a rant about how vaccines have actually helped save people’s lives.

“So please, vaccinate your children,” was Marco’s final message.

If you haven’t seen the video, be prepared to be shocked. After bribing people in the government and media to spread their lies, the vaccine industry is now also using innocent kids.

Using children who are the most vulnerable to vaccine damage to push the vaccine agenda is just criminal. According to The Liberty Beacon, this video is why people who decide to not inject their kids with toxic substances need to keep informing their children and others about vaccine injuries and the real benefits of natural immunity.

Furthermore, The Liberty Beacon noted that there is NO WAY a twelve-year-old came up with this pro-vaccine propaganda video. The video just looks too clean and professional. It has been carefully scripted and filmed using a professional camera, lighting, and video editing software.

Furthermore, it came to the light that Marco was sponsored by Walgreens and shared by Ashton Kutcher’s media company, A Plus. Shortly after the video went viral, Walgreens dropped their sponsorship of the video thanks to a campaign by Hear This Well and parents of vaccine injured children.

Since the vaccine industry has no problem exploiting children in their manipulative videos, it is time for anti-vaccine proponents to step up. It’s time to show the world that the majority of vaccines are far more dangerous than the diseases they are supposed to prevent.

“As a person who was nearly killed by the Hepatitis B vaccine this kid angers me but I also feel sorry for him because I know he is being exploited,” said Christopher Wyatt, The Liberty Beacon staff writer and documentary producer.
He calls for action, not against the boy or his video, but against the true villains: The boy’s parents, the pharmaceutical industry, and the PR firm that decided to use a child to promote vaccine safety.

How To Alkalize Water Naturally (And Why You Should)