6. Aluminum in vaccines is highly neurotoxic and exposure levels given to infants have dramatically increased


Aluminum in Childhood Vaccines Is Unsafe 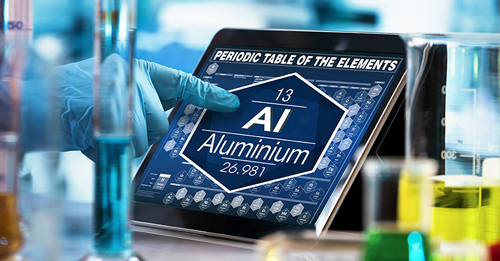 “Infants and young children throughout the world receive high quantities of aluminum from multiple inoculations. Incremental changes to the vaccination schedule during the past several years significantly increased the quantity of aluminum in childhood shots. Numerous studies provide compelling evidence that injected aluminum can be detrimental to health. Aluminum is capable of remaining in cells long after vaccination and may cause neurologic and autoimmune disorders. During early development, the child’s brain is more susceptible to toxins and the kidneys are less able to eliminate them. Thus, children have a greater risk than adults of adverse reactions to aluminum in vaccines. Millions of children every year are injected with vaccines containing mercury and aluminum despite well-established experimental evidence of the potential for additive or synergistic toxicity when an organism is exposed to two or more toxic metals.”

“Numerous studies have demonstrated that food proteins contained in vaccines/injections induce food allergy. The IOM’s authoritative report has concluded the same. Allergen quantities in vaccines are unregulated. Today kids are more atopic. C-section births bias the newborn’s immune system towards IgE synthesis due to sub-optimal gut microbiome. C-section birth rates have gone up 50% in the last few decades. The vaccine schedule has increased the number of vaccine shots to 30–40 and up to five vaccines are simultaneously administered to children. Vaccines also contain adjuvants such as aluminum compounds and pertussis toxin that bias towards IgE synthesis. Given these conditions, the predictable and observed outcome is a food allergy epidemic.”

10. Neurodevelopmental disorders are much more common in children who received mercury containing vaccines 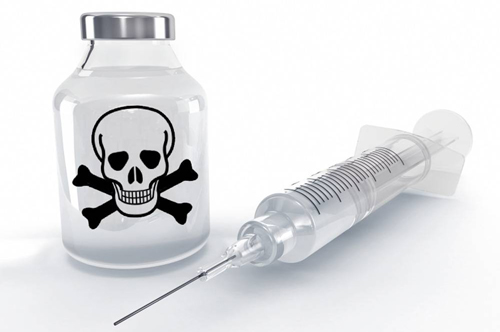 “On a per microgram of organic-Hg basis, PDD (odds ratio (OR) = 1.054), specific developmental delay (OR = 1.035), tic disorder (OR = 1.034) and hyperkinetic syndrome of childhood (OR = 1.05) cases were significantly more likely than controls to receive increased organic-Hg exposure. This study provides new epidemiological evidence supporting a significant relationship between increasing organic-Hg exposure from TCVs and the subsequent risk of an ND diagnosis.”

11. Uc-Boulder professor: The autism epidemic is real and therefore must be the product of an environmental factor

“Diagnosed autism prevalence has risen dramatically in the U.S over the last several decades and continued to trend upward as of birth year 2005. The increase is mainly real and has occurred mostly since the late 1980s.”

13. Israeli and Italian researchers demonstrate that exposure to aluminum in vaccines can lead to autoimmune and brain dysfunction

“The data herein illustrate the critical role of environmental factors in the induction of autoimmunity. Indeed, it is the interplay of genetic susceptibility and environment that is the major player for the initiation of breach of tolerance. Several neurologic demyelinating diseases have been reported following vaccination, the main being Guillaine Barre syndrome (GBS). Another demyelinating disease associated with vaccines is the acute disseminated encephalomyelitis (ADEM). This is an inflammatory disease of the central nervous system frequently occurring post-vaccination. Rabies, diphtheria tetanus polio, smallpox, measles, mumps, rubella, Japanese B encephalitis, pertussis, influenza, hepatitis B, and the Hog vaccines have been called to be involved.”

14. Canadian researchers: Aluminum vaccines can cause both autoimmunity and neurological damage


Aluminum in the central nervous system (CNS): toxicity in humans and animals, vaccine adjuvants, and autoimmunity

“In young children, a highly significant correlation exists between the number of pediatric aluminum-adjuvanted vaccines administered and the rate of autism spectrum disorders. Many of the features of aluminum- induced neurotoxicity may arise, in part, from autoimmune reactions, as part of the ASIA syndrome. Aluminum is added to vaccines to help the vaccine work more effectively, but unlike dietary aluminum which will usually clear rapidly from the body, aluminum used in vaccines and injected is designed to provide a long-lasting cellular exposure. Thus, the problem with vaccine- derived aluminum is really twofold: It drives the immune response even in the absence of a viral or bacterial threat and it can make its way into the central nervous system. It is not really a matter of much debate that aluminum in various forms can be neurotoxic.” 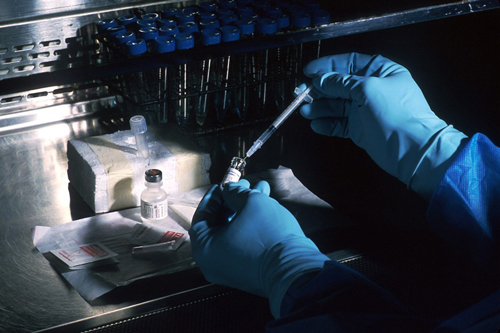 “The activation of the immune system by adjuvants, a desirable effect, could trigger manifestations of autoimmunity or autoimmune disease. Recently, a new syndrome was introduced, autoimmune/inflammatory syndrome induced by adjuvants (ASIA), that includes postvaccination phenomena, macrophagic myofasciitis, Gulf War syndrome and siliconosis. Various adjuvants used in vaccines enhance a specific immune response against antigens and may produce autoimmunity and AID both in experimental models and humans. The clinical and laboratory data support an association between adjuvants and autoimmune diseases.”

17. British scientist sounds the alarm on aluminum toxicity and questions lack of research on aluminum used in vaccines

“The immunopotency of aluminum has been known for at least 100 years and still today forms the basis for the use of aluminum salts as adjuvants in vaccinations and allergy therapies. What is then surprising is the uncertainty regarding their mechanism of action and burgeoning evidence of their toxicity in potentially susceptible individuals.”

“We documented here the evidence of the potential of the HPV vaccine to trigger a life-disabling autoimmune condition. The increasing number of similar reports of post HPV vaccine-linked autoimmunity and the uncertainty of long-term clinical benefits of HPV vaccination are a matter of public health that warrants further rigorous inquiry.”


Relative trends in hospitalizations and mortality among infants by the number of vaccine doses and age, based on the Vaccine Adverse Event Reporting System (VAERS), 1990–2010
Human and Experimental Toxicology, 2012, GS Goldman, NZ Miller.

“The hospitalization rate increased linearly from 11.0% (107 of 969) for 2 doses to 23.5% (661 of 2817) for 8 doses and decreased linearly from 20.1% (154 of 765) for children aged < 0.1 year to 10.7% (86 of 801) for children aged 0.9 year. Our findings show a positive correlation between the number of vaccine doses administered and the percentage of hospitalizations and deaths. Since vaccines are given to millions of infants annually, it is imperative that health authorities have scientific data from synergistic toxicity studies on all combinations of vaccines that infants might receive. Finding ways to increase vaccine safety should be the highest priority.”


The spectrum of ASIA: ‘Autoimmune (Auto-inflammatory) Syndrome induced by Adjuvants’

“It seems that the role of adjuvants [aluminum in vaccines] in the pathogenesis of immune-mediated diseases can no longer be ignored, and the medical community must look towards producing safer adjuvants. Another cornerstone of ASIA is the complex interaction between autoimmunity and adjuvanted vaccines. On the one hand vaccines are beneficial for the vast majority of subjects including those who suffer from autoimmune-rheumatic diseases as delineated in this issue by van Assen and Bijl.16 On the other hand in a small minority of individuals vaccine can trigger the appearance of autoantibodies as documented by Vista et al.17 and Perdan-Pirkmajer et al.18 Moreover, a link between immunization and defined autoimmune diseases has been reported elsewhere and herein.”

“Thus, it is not reasonable to assume that manipulation of the immune system through an increasing number of vaccinations during critical periods of brain development will not result in adverse neurodevelopmental outcomes. European countries have different models of vaccination that have been modified in recent decades. In Scandinavian countries, which have the lowest infant mortality, vaccinations are voluntary and infants receive their first vaccination at 3 months of age. In the first year of life, they receive 9 recommended vaccinations, and at 18 months –  MMR. The acellular pertussis vaccine (DTaP) is used, as well as IPV. BCG and Hepatitis B vaccines are administered to children from high risk groups. Similar vaccination schedules exist in other European countries, where the vaccination of neonates was abandoned and a ban on the use of thimerosal in vaccines was introduced. Note also that Scandinavian countries have the lowest rates of autism compared to other developed countries in which children are vaccinated much earlier and with greater number of vaccines.”


Mechanisms of aluminum adjuvant toxicity and autoimmunity in pediatric populations

“Immune challenges during early development, including those vaccine-induced, can lead to permanent detrimental alterations of the brain and immune function. Experimental evidence also shows that simultaneous administration of as little as two to three immune adjuvants can overcome genetic resistance to autoimmunity. In spite of the widespread agreement that vaccines are largely safe and serious adverse complications are extremely rare, a close scrutiny of the scientific literature does not support this view. For example, to date, the clinical trials that could adequately address vaccine safety issues have not been con- ducted (i.e., comparing health outcomes in vaccinated versus non-vaccinated children). Infants and young children should not be viewed as small adults.

Their unique physiology makes them much more vulnerable to noxious environ- mental insults in comparison with the adult population. In spite of this, children are routinely exposed to much higher levels of Al vaccine adjuvants than adults, even though adequate safety data on these compounds are lacking. That Al vaccine adjuvants can induce significant autoimmune conditions in humans can hardly be disputed, although still debatable is how common such side effects are. However, the existing data (or lack thereof) raise questions on whether the current vaccines aimed at pediatric populations can be accepted as having adequate safety profiles. Because infants and children represent those who may be most at risk for complications following vaccination, a more rigorous evaluation of potential vaccine-related adverse health impacts in pediatric populations than what has been provided to date is urgently needed.”

23. Danish researchers found children 8 times more likely to have a febrile seizure on the day of vaccination of DTAP-IPV-HIB vaccine

“DTaP-IPV-Hib vaccination was associated with an increased risk of febrile seizures on the day of the first 2 vaccinations given at 3 and 5 months.”


Read the fourth part of the article