7 Reasons to Get More Magnesium 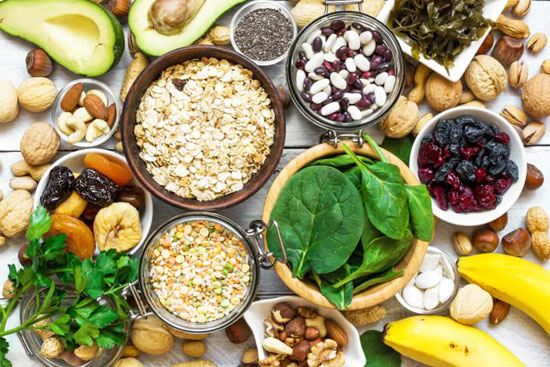 Magnesium is the fourth most abundant mineral in your body, and is the reason why vegetables are green. But few people fully appreciate the importance of this miraculous mineral.

The human genome project reveals that 3,751 human proteins have binding sites for magnesium. And so far we know this one essential mineral activates over 350 biochemical processes in the body to keep things flowing.

Plants are green because they contain the light-harvesting molecule chlorophyll which bears a striking resemblance to human hemoglobin (with the difference that the latter contains an oxygen-binding iron atom and not magnesium).

Here are just seven good reasons to get more magnesium-rich foods in your diet today.

According to University of Vermont Professor of Neurology and migraine expert Robert Shapiro, M.D., Ph.D., every year nearly one in five Americans experience some form of migraine attack. One in 25 will have headaches lasting at least 15 days per month. These disabling attacks include severe one-sided, throbbing headaches, and sensitivity to light and sound. They may also involve nasal congestion, cloudy thinking, and nausea.

In one study of 133 migraine patients, supplementing with 500 mg of magnesium oxide for just 12 weeks significantly improved the frequency and severity of migraines.

And a double blind, placebo controlled study from Kaiser Permanente showed that supplementing with magnesium significantly cut the number of days children suffered with a migraine.

Magnesium deficiency is common among type 2 diabetics, especially those with neuropathy or coronary disease. A Harvard study found that diabetics taking 320 mg of magnesium for up to 16 weeks significantly improved their fasting blood sugar levels as well as their HDL (good) cholesterol.

A double blind, placebo controlled study from the University of Texas showed that magnesium malate improves pain and tenderness in fibromyalgia patients.

The Chinese researchers analyzed eight prospective studies covering 338,979 participants. Their results, published in the European Journal of Clinical Nutrition, found the highest average intake of magnesium was associated with an 11% reduction in colorectal cancer risk compared to the lowest average intake.

In addition, for every 50 mg per day increase in magnesium, colon cancer was reduced by 7%.

An earlier meta-analysis by Imperial College London and Wageningen University found that for every 100 mg increase in magnesium, colorectal cancer decreased by 13%.

Studies find a significant association between bone density and magnesium levels. But magnesium content of bones decreases with age. In addition, sugar and alcohol cause magnesium to be lost through the urine.

Magnesium assists calcium in building bone strength, but it does much more. It stimulates the hormone calcitonin. That helps draw calcium out of the blood and soft tissues and put it back into the bones. Too much calcium in the blood and tissues can increase the risk of arthritis, heart attack, and kidney stones, as well as osteoporosis.

And getting more magnesium may mean you need less than the government’s recommended 1,200 mg of calcium per day. One study in the American Journal of Clinical Nutrition found that increasing magnesium while lowering calcium to 500 mg per day was enough to increase bone density. 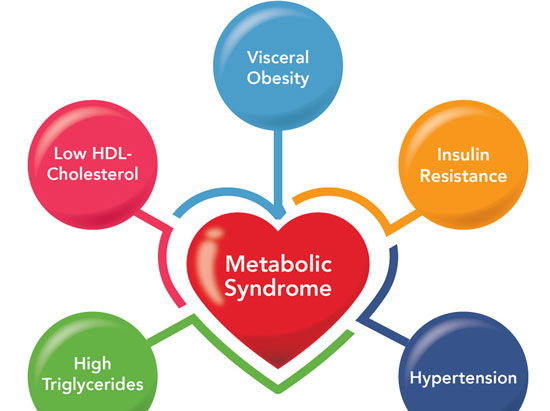 MONW individuals have a body mass index under 25 which is considered normal weight. But they also have hyperinsulinemia and or insulin resistance. And they have high triglycerides and high blood pressure. As a result, these individuals are at higher risk of developing cardiovascular disease and diabetes.

The researchers studied 47 MONW individuals who had low magnesium levels. In a randomized double-blind placebo-controlled trial one group received a daily solution of 30 ml of magnesium (equivalent to 382 mg). The control group received 30 ml of a placebo solution.

Symptoms of magnesium deficiency include constipation and other digestive problems, low energy, and irregularities in menstrual flow and reproductive health, and migraine headaches.

Magnesium also relaxes the body from tightness, tension, tics, spasms, cramps and stiffness. And it helps prevent the buildup of plaque on your teeth, in your heart and arteries, and even in your brain.

In addition, the use of oral contraceptives, diuretics, and laxatives can make magnesium deficiencies worse.

Magnesium deficiency is relatively easy to remedy with food. One of the richest sources of magnesium is high quality chocolate. Dark chocolate has a whopping 176 mg of magnesium in a 3.5 ounce bar. In fact, if you crave chocolate your body may be telling you it’s low in magnesium.