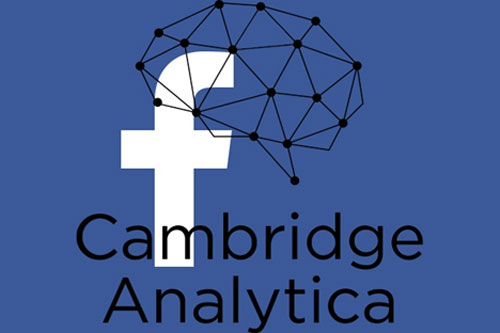 I’m posting only the linked titles and a few highlights from two articles from The Guardian. This is apparently quite a big apocalyptic deal which most who are awake and aware were likely very suspicious was going on, all the time (#Snowden, 2013, remember?).

And this is likely part of the Higher Inner Data I was accessing when I consistently said “No” to invitations to join game apps like “Farmville”.


“Whistleblower describes how firm linked to former Trump adviser Steve Bannon compiled user data to target American voters… The data analytics firm that worked with Donald Trump’s election team and the winning Brexit campaign harvested millions of Facebook profiles of US voters, in one of the tech giant’s biggest ever data breaches, and used them to build a powerful software program to predict and influence choices at the ballot box.”

“A whistleblower has revealed to the Observer how Cambridge Analytica – a company owned by the hedge fund billionaire Robert Mercer, and headed at the time by Trump’s key adviser Steve Bannon – used personal information taken without authorisation in early 2014 to build a system that could profile individual US voters, in order to target them with personalised political advertisements.”

“… by late 2015 the company had found out that information had been harvested on an unprecedented scale. However, at the time it failed to alert users and took only limited steps to recover and secure the private information of more than 50 million individuals. The New York Times is reporting that copies of the data harvested for Cambridge Analytica could still be found online; its reporting team had viewed some of the raw data. The data was collected through an app called thisisyourdigitallife, built by academic Aleksandr Kogan, separately from his work at Cambridge University.”

“Last month (February 2018) both Facebook and the CEO of Cambridge Analytica, Alexander Nix, told a parliamentary inquiry on fake news that the company did not have or use private Facebook data… Nix told the inquiry: ‘We do not work with Facebook data and we do not have Facebook data’.”

“Hundreds of millions of Facebook users are likely to have had their private information harvested by companies that exploited the same terms as the firm that collected data and passed it on to Cambridge Analytica, according to a new whistleblower. Sandy Parakilas, the platform operations manager at Facebook responsible for policing data breaches by third-party software developers between 2011 and 2012, told the Guardian he warned senior executives at the company that its lax approach to data protection risked a major breach.

…one Facebook executive advised him against looking too deeply at how the data was being used, warning him: ‘Do you really want to see what you’ll find?’ Parakilas said he interpreted the comment to mean that ‘Facebook was in a stronger legal position if it didn’t know about the abuse that was happening’. He added: ‘They felt that it was better not to know. I found that utterly shocking and horrifying’.”

“Parakilas… is particularly critical of Facebook’s previous policy of allowing developers to access the personal data of friends of people who used apps on the platform, without the knowledge or express consent of those friends.
That feature, called friends permission, was a boon to outside software developers who, from 2007 onwards, were given permission by Facebook to build quizzes and games – like the widely popular FarmVille – that were hosted on the platform.”