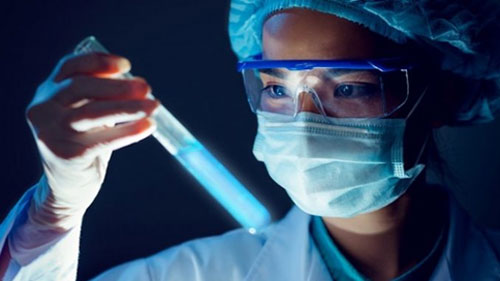 Autoimmune diseases have skyrocketed in the United States and other first world nations over the past several decades, and now affect around 10% of the population in those countries.

The broad category of “autoimmune disease” comprises over 100 different rheumatic, endocrinological, gastrointestinal and neurological conditions that ensue when the body’s immune responses get misdirected against itself. Researchers generally agree that environmental factors (including drugs and chemicals) are strongly to blame for the rise in autoimmune disorders, possibly in conjunction with genetic and epigenetic influences – and studies dating back to the mid-1990s indicate that vaccines, with their unique configuration of viral or bacterial antigens and adjuvants, are a biologically plausible trigger.

The pathogenic hallmark of autoimmune disease is the production of proteins called autoantibodies, whereby the immune system mistakenly attacks the body’s own organs, tissues and cells instead of fighting external pathogens. Vaccines can prompt autoantibody production through a mechanism called “molecular mimicry”. As explained by Israeli researchers in a review article in Cellular & Molecular Immunology, significant similarities between the pathogenic antigens contained in a vaccine and human proteins in the person receiving the vaccine can lead to immune “cross-reactivity” and “evolve into an autoimmune process targeting the self-proteins”.

Influenza: In 2009, tens of millions of Europeans and North Americans received an H1N1 influenza vaccine containing a novel adjuvant called AS03 (made up of alpha-tocopherol, squalene and polysorbate 80). Soon thereafter, reports began surfacing of sharp increases in two autoimmune conditions, narcolepsy and Guillain-Barre syndrome (GBS) – including a two- to three-fold increased risk of GBS in the 42 days following vaccination. In the case of individuals with narcolepsy, research explaining the development of cross-reactivity and autoimmunity identified a similarity between an influenza vaccine nucleoprotein and a human receptor for the HCRT neurotransmitter (which helps regulate sleep-wake states). Molecular mimicry likewise has been posited as a potential mechanism linking influenza vaccine and GBS.

Hepatitis B: A number of case reports have suggested a role of hepatitis B virus (HBV) vaccines in the development of autoimmunity, particularly with regard to demyelinating diseases (conditions that damage the protective sheath surrounding nerve fibers in the brain, optic nerves and spinal cord). Demyelinating neuropathies include multiple sclerosis (MS), acute disseminated encephalomyelitis, transverse myelitis and others. A 2005 study established an initial “proof of concept for the theory of molecular mimicry leading to autoimmunity among HBV-vaccinated subjects”. The study looked at similarities between the recombinant (genetically engineered) small HBV surface antigen contained in the HBV vaccine and two human proteins often associated with myelin damage in MS (myelin basic protein and myelin oligodendrocyte glycoprotein) and identified significantly more cross-reactivity in vaccinated subjects versus controls.

HPV: Research has suggested a link between HPV vaccination and at least two autoimmune conditions: systemic lupus erythematosus (SLE) and postural orthostatic tachycardia syndrome (POTS) – an abnormal heart rate condition that frequently overlaps with chronic fatigue syndrome. In the case of SLE, the Israeli researchers have called attention in other publications to the “homology” (correspondence) between several of the viral peptides in the vaccine and the human peptides known to be dysregulated in SLE, as well as the molecular mimicry between specific HPV vaccine peptides and human proteins potentially associated with cardiac arrhythmias.

Aluminum adjuvants are present in the majority of vaccines. The Israeli researchers point out that even though aluminum adjuvants are “applied … with the sole purpose of impairing immune tolerance” and potentiating immune response, most vaccine experts ignore the adjuvants as a potentially significant environmental trigger for autoimmunity.

The willingness to overlook aluminum is somewhat surprising in light of other research linking neurotoxic metals – including mercury and lead – to the emergence of brain autoantibodies in children with autism spectrum disorder (ASD). Mercury is still prevalent in many vaccines worldwide and in some vaccines in the U.S. In a study published in 2015, Egyptian investigators described the presence of anti-myelin basic protein (anti-MBP) autoantibodies in autistic children who had elevated blood mercury levels. Characterizing mercury as “one of the main candidate environmental triggers for autoimmunity in autism” these researchers hypothesized that exposure to “mercury, dietary proteins and microbial antigens” (such as the antigens in vaccines) can launch a chain of autoimmune reactions that begins with molecular mimicry and generation of homologous autoantigens.

Some researchers hypothesize that autoimmune brain pathology (such as is observed in ASD) requires an “event that increases barrier permeability allowing antibodies to traverse blood-brain barrier and gain access to brain tissue to inhibit and alter neuronal processes”. Both mercury and aluminum can damage the blood-brain barrier and enable vaccine antigens to enter the brain.

Given the proliferation of over 100 autoimmune disorders since the mid-1940s, it is concerning that the three examples presented by the Israeli researchers are, by the authors’ own admission, still subject to “significant debate”. As they go on to explain, there is an unacceptable lack of high-quality scientific data on vaccine-related adverse events. Some of the many reasons why vaccine safety monitoring is flawed include variable diagnostic classification of cases, manipulation of the post-vaccination risk interval, inability to assess underreporting of adverse events (which the U.S. government acknowledges to be widespread), and “substantial publication bias favoring studies that support vaccine safety”. Instead of trying to bury adverse events as inconvenient to the monolithic vaccine safety narrative, we should be paying attention to the “red flags” that adverse reactions clearly represent.