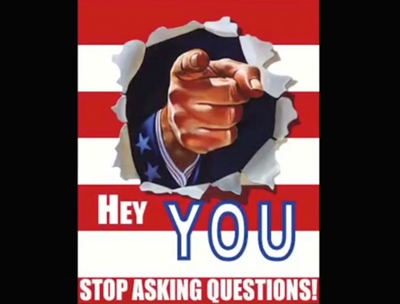 I identify as an Irish-American Muslim. Jeremy Rothe-Kushel identifies as a Mexican-American Jew. Together, we spoke in the show False Flag Weekly News.

Jeremy and I are heretics. Not against Christianity – there are no more Christian inquisitors drooling to torture, murder and expel Jews and Muslims from Christendom. We are heretics against the new Orthodoxy that dominates mainstream media, academia, politics, and the corporatocracy.

Jonathan Revusky calls this new orthodoxy AARF (Anti-Religious Religious Fanaticism). He quotes one of its high priests, Jeremy Scahill: “I believe that the United States was attacked on 9/11 by Al Qaeda by men flying airplanes into buildings…” (deep structure translation: “I am not a heretic. I believe in the Father, the Son, and the Holy Spirit”).

To be deemed acceptable by the mainstream, you have to profess belief in the most ludicrous lies. You have to swear by all that is holy that minor office fires can cause three gigantic skyscrapers to explode into dust at near free-fall acceleration, through the path of most resistance, all on the same day – meaning that the laws of physics were suspended on that day, and that day only. You have to insist that black box electronic voting machines, whose only conceivable purpose is to miscount votes in order to rig election results, actually count the votes accurately even though there is no incentive for them to do so, massive incentives for them to be hackable, and no way to verify their alleged accuracy. You have to loudly proclaim undying fealty to the endless, ever-more-absurd tales of Bashar al-Assad’s imaginary chemical weapons attacks, and ignore the hard proof that these events are among the most shameless, obvious, out-in-the-open false flags ever perpetrated. 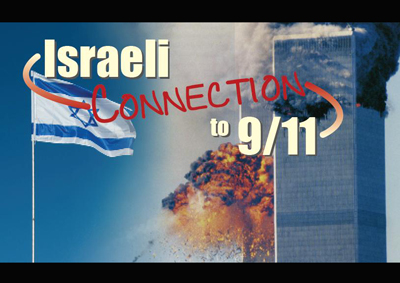 Likewise, you have to put your hand on your heart and solemnly intone that John F. Kenendy, Robert F. Kennedy, and Martin Luther King were all killed by lone nuts; Malcolm X was killed by Black Muslims not the CIA; Paul Wellstone’s plane went down for innocent reasons; and Gary Webb committed suicide via two gunshots to the head. And you must never utter the words “9/11” and “Israel” in the same breath. Any deviation from prescribed orthodoxy on these and so many other issues gets you labeled a “conspiracy nut” if not an “anti-Semitic holocaust denier” and ensures that you will never work in US again.

The New Inquisitors haven’t yet thrown us in dungeons and broken out thumbscrews and the rack. But they are engaging in increasingly energetic efforts to crush our small voices of dissent.

Jeremy Rothe-Kushel was arrested for asking a “heretical” question during a questions & answers session on the topic of free speech, at a public event in the Kansas City Public Library. The librarian, Steve Woolfolk, was also arrested – for objecting to Jeremy’s arrest.

Jeremy’s question was about Israel’s involvement in 9/11. Now that is sacrilege!

I have been blacklisted from teaching in American universities, barred from entering Canada (later reversed), banned from speaking at a Unitarian church in Berkeley, and banned from speaking at the Left Forum. My crowfunding platform at GoFundMe was nuked, more than $1000 stolen, and my donor database erased. Even Alex Jones explodes in blubbering rage and cuts off callers when they mention my name!

As the crackdown on free speech on the internet intensifies, and the New Inquisitors break out ever-more-awful implements to silence their critics, the day may be coming when shows like False Flag Weekly News can no longer be freely distributed.