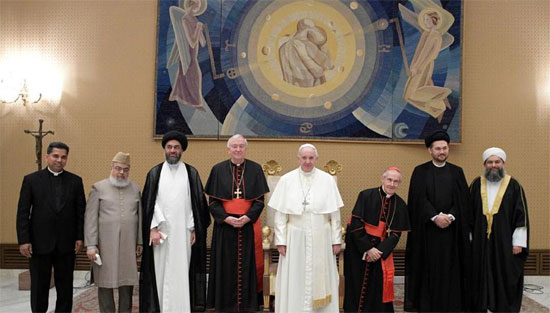 “For many deceivers are entered into the world, who confess not that Jesus Christ is come in the flesh. This is a deceiver and an antichrist. Look to yourselves, that we lose not those things which we have wrought, but that we receive a full reward. Whosoever transgresseth, and abideth not in the doctrine of Christ, hath not God. He that abideth in the doctrine of Christ, he hath both the Father and the Son. If there come any unto you, and bring not this doctrine, receive him not into your house, neither bid him God speed: For he that biddeth him God speed is partaker of his evil deeds”. (2 John, 1:7-11). 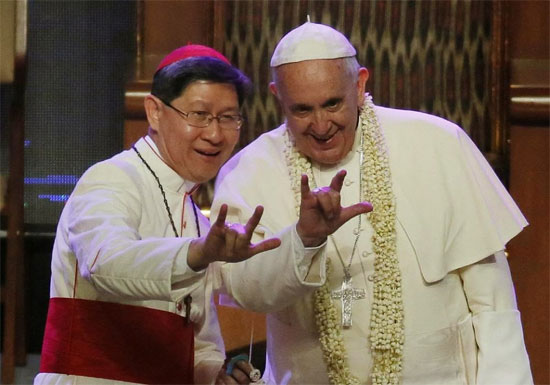 Ironically, this was also the Vatican department Pope Francis had assigned to investigate the Catholic Church’s pedophile sex scandal involving priests in the United States as well as various other countries around the world. 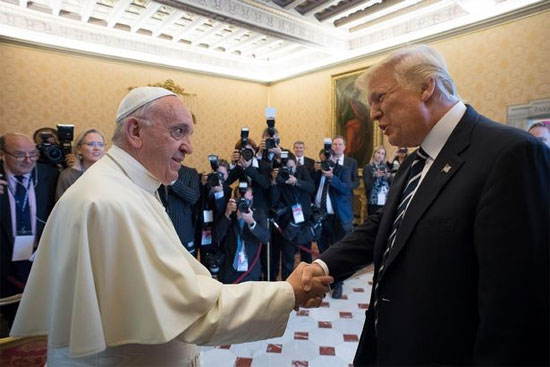 ANSA, July 4, 2017: “Pope Francis called for Europe to help migrants in a message sent to ANSA for the Infomigrants.net portal, a news service for migrants produced with European partners France Media Monde and Deutsche Welle. ‘I am close with affection and encouragement to those institutions, associations and individuals who open up wisely to the migratory phenomenon with interventions of support, bearing witness to the human and Christian values that are the base of European civilization’, said the Pope.”

During a foot-washing ritual in March, Pope Francis washed and kissed the feet of refugees, including three Muslim men. 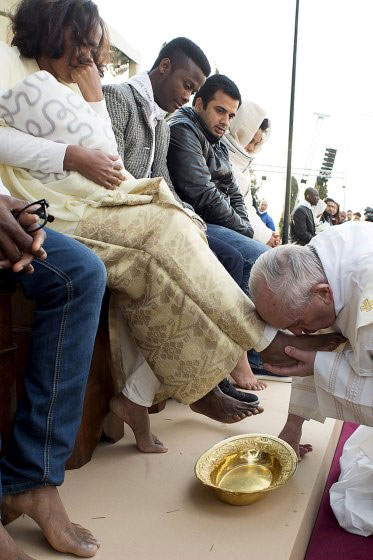 Pope Francis kisses the foot of a refugee during the foot-washing ritual at the Castelnuovo di Porto refugees center near Rome, Italy, March 24, 2016.

“I learned with pleasure of the significant project of the new Infomigrants.net portal, which this agency has created in collaboration with other networks, to deliver a flow of digital information at the service of migrants online”, says the message.

“I wish to express my sincere appreciation for this important initiative and I hope that, on one hand, it helps the integration of these people with a dutiful respect of the laws of the countries that receive them, and, on the other, that it raises within society renewed commitment for an authentic culture of reception and solidarity.

The presence of so many brothers and sisters who experience the tragedy of immigration is an opportunity for human growth, for encounter and for dialogue between cultures, in view of the promotion and peace and fraternity between peoples.

I am close with affection and encouragement to those institutions, associations and individuals who open up wisely to the migratory phenomenon with interventions of support, bearing witness to the human and Christian values that are the base of European civilization.

I guarantee my prayers, invoking the protection of God, father of everyone, so that He is a journey companion of those who are forced to leave their homeland due to armed conflicts, terrorist attacks, famine, oppressive regimes. May these migrants meet brothers and sisters under every sky, who share with them the bread and hope of the common path. 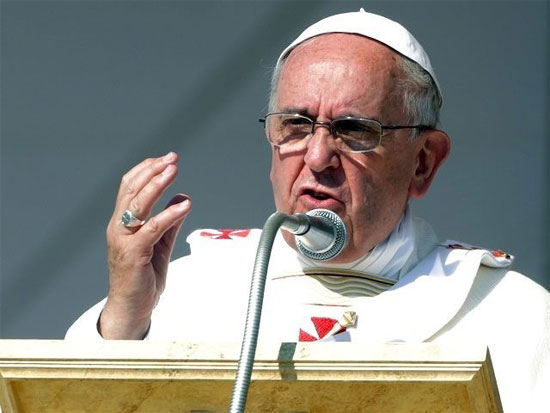 Breitbart, July 8, 2017: “In a new interview, Pope Francis said he fears there are ‘very dangerous alliances between powers who have a distorted view of the world’, including such an alliance between the United States and Russia. The Pope said that his greatest concern was the ‘danger for immigration’. Asked for his views on underlying causes driving mass migration, Francis said that the primary reason behind contemporary migration is economic.

‘Make no mistake, poor nations are drawn to the continents and countries of ancient wealth’, he said, ‘especially Europe’. European nations will move ‘if they realize one truth’, Francis said, ‘either Europe becomes a federal community or it will no longer count for anything in the world’.”