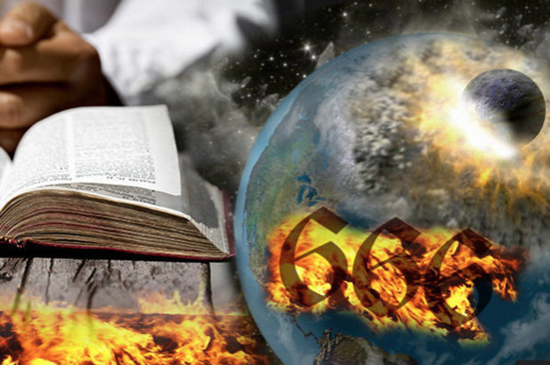 The world is going to end tomorrow, April 23, according to biblical prophecies that predict the start of WW3 will coincide with the appearance of death plant Nibiru.

According to astronomers, Nibiru (also known as Planet X) is set to appear in our skies in late April, matching predictions made in the Book of Revelations that warn that the appearance of the planet marks the beginning of the Rapture.

Thesun.co.uk reported: “The rumoured death plant Nibiru will appear in the sky sparking a spread of madness, World War III and the rise of the Antichrist.
The theory is being shared on conspiracy theory websites, with many people say the warning signs are written in the Bible.ˮ

The passage 12:1–2 reads: “And a great sign appeared in heaven: a woman clothed with the sun, with the moon under her feet, and on her head a crown of 12 stars.”

That woman is believed to be Virgo, and it is though she could foretell the Biblical prophecy of the End of Days. Christian conspiracy theorist David Meade is the main expert suggesting the Rapture is due.

He told the Express: “During this time frame, on April 23, 2018 the moon appears under the feet of the Constellation Virgo. The Sun appears to precisely clothe Virgo… Jupiter is birthed on April 08, 2018.

The 12 stars at that date include the nine stars of Leo, and the three planetary alignments of Mercury, Venus and Mars – which combine to make a count of 12 stars on the head of Virgo.

Thus the constellations Virgo, Leo and Serpens-Ophiuchus represent a unique once-in-a-century sign exactly as depicted in the 12th chapter of Revelation. This is our time marker.ˮ