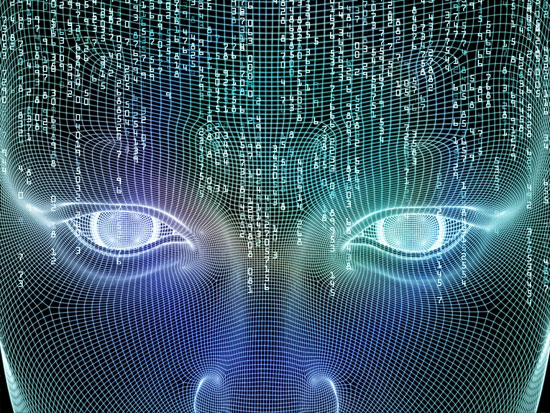 The Financial Times Special Report (2/16/2017) published a four-page spread on the “use and possible dangers of artificial intelligence (AI)ˮ. Unlike the usual trash journalists who serve as Washington’s megaphones on the editorial pages and political columns, the Special Report is a thoughtful essay that raises many important issues, even as it is fundamentally flawed.

The writer, Richard Walters, cites several major problems accompanying AI from “public anxieties, to inequalities and job insecurityˮ. Walters pleads with those he calls the “controllers of autonomous systemsˮ to heed social and “political frictionsˮ or face societal “disruptionˮ.

Experts and journalists, discussing the long-term, large-scale destruction of the working class and service jobs, claim that AI can be ameliorated through management and social engineering.

This essay will proceed to raise fundamental issues, questions leading to an alternative approach to AI relying on class analysis. People will reject the specter of AI as a ‘Frankenstein’ by identifying the social forces, which finance, design and direct AI and which benefit from its negative social impact.

The best and the worst of the experts reporting on AI assert that it is an autonomous system, devoid of any link to the class structure within which it operates. Their version of technological determinism, above and beyond the needs and demands of capitalists, has fits neatly with the corporate ideology of the trash journalists and pundits.

The fundamental questions that must be raised include: 1) ‘AI’, for whom?; 2) How are the productivity gains of AI to be distributed between capital and labor? 3) How are work time, income and pensions distributed between the owners of technology and the labor force? and 4) What kinds of socio-economic activity does AI serve?

‘Artificial Intelligence’ and related technological innovations are financed, designed, controlled and ultimately applied by the major corporations and financial institutions in order to reduce the cost of labor and to enhance profits and competitiveness between capitalist rivals.

AI and similar capitalist technological changes, along with the overseas relocation of information technology and manufacturing production are the principal destroyers of workers’ employment and living standards in the US.

The innovators and promoters of AI, whether individuals or small groups, seek capitalist support to finance, market and acquire their discoveries. In fact, the entire industry has been built upon large-scale, tax-funded public research centers and university laboratories, which have paid for the buildings as well as the scientists’ and professors’ salaries.

Most of IT and AI related profits are distributed among the military-industrial complex, the chemical agro-industrial monopolies and the transport and consumer goods manufacturing elites.

The dismal, fragmented and mal-distributed state of healthcare and education in the United States are never seriously discussed because they put the lie to the absurd claims made about the benefits of AI and IT for the broader population.

Far from being ‘autonomous’ and subject to abstract ‘controllers’, AI, IT and high technology serve to concentrate wealth, power and profits for multiple sectors of the ruling class who determine how such technologies will be used.

The financiers of AI and their partners direct the scientists, engineers and marketers. The garbage journalists are paid to proclaim the arrival of history-making innovations. The media describe AI as “machine learning, a form of advanced pattern recognition technology to make judgments by analyzing large amounts of data (which) could supplement human thoughtˮ (FT Special Report 2/17/2017).

Contrary to the above-mentioned assumptions, the judgments are made by the ruling class, using parameters and metrics determined by the elite, deciding on what kinds of patterns are to be recognized in order that they can derive the kind of information they need to enhance profits, make war, maximize killing and engineering massive layoffs of workers.

In a word, class assumptions dictate AI, IT and the use of these innovations.

If class determines AI, and in present-day America that means the ruling class, then only changes in the class structure can pose different questions and answers to our originally stated problems. Only by sharpening the class struggle, which changes who rules the banks, factories and social institutions, will new assumptions direct AI and IT and other innovations.

Only workers, professionals and scientists, who replace the prioritizing of profits with meeting social needs, can produce an AI that lowers the retirement age, increases national health care, facilitates workers’ decision making, distributes high quality education and information to the citizenry, reduces inequalities and shifts earnings from capital to labor.