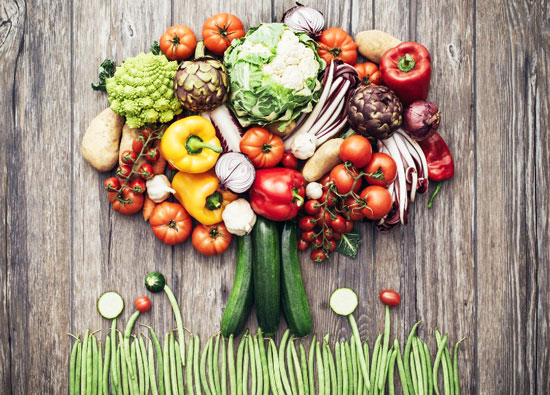 Forget popping pills: Physicians have begun recommending vegetables and fruits to their patients. From the American Cancer Society to the Academy of Nutrition and Dietetics, medical groups and doctors alike are now touting plant-based diets as the pathway towards improved overall health, reported OrganicAuthority.com. And quite frankly, it’s about time.

The fact is that embracing a diet with a heavy emphasis on fruit and vegetable consumption has been linked to numerous health benefits. One of these is a healthier heart. The researchers behind a study published in the Journal of the American College of Cardiology found that plant-based diets greatly reduced the risk of developing atherosclerotic cardiovascular disease, as well as halted the progression of coronary heart disease. Additionally, the researchers noted that plant-based proteins were far more “heart-healthy” than animal proteins.

Speaking of protein, the long-held belief that animal protein is better than those found in plants may not hold water any longer. Researchers from the University of Massachusetts Lowell stated in their study that it was protein quantity that mattered, not the source.

The dietary habits of over 3000 adults were compared with their lean muscle mass, bone mineral density, and quadriceps strength. Following their analysis, the researchers concluded that so long as the protein came from a clean source, then an increased intake of this vital nutrient would lead to healthier and stronger muscles.

“As long as a person is exceeding the recommended daily allowance for protein, no matter the source in their diet, they can improve their muscle health,” commented lead study author Kelsey Mangano.

And what about the positive impact vegetarian diets have on weight loss? Yet another study that was published earlier this year concluded that vegetarian diets were far more effective in reducing body weight in comparison to diets that focused on restricting caloric intake.

It’s no wonder then that vegetarian diets have begun gaining traction in mainstream medical circles. Since 2013, Kaiser Permanente, the biggest healthcare network in the U.S.A., has been asking its physicians to recommend plant-based diets to their patients.

A booklet released by the organization even detailed the multiple benefits of embracing meals made largely out of vegetables and fruits. These included lower cholesterol and blood sugar, the minimized risk of developing cancer and diabetes, and improved symptoms of rheumatoid arthritis.

In its annual assessment of the year’s best diets, the U.S. News & World Report ranked the DASH diet as the best diet for 2017. This diet places emphasis on increasing vegetable and fruit intake, while also limiting meat intake to poultry, fish, and lean meat. According to USNews.com, the DASH diet has firmly maintained its top spot for the seventh year in a row thanks to its numerous health benefits and nutritional soundness.

So ease back on the pills and write up a shopping list instead. The key to a healthier and happier you can be found in the grocery aisle.