Australia may be on the other side of the world, way down under, and not very significant politically, but as a vassal of the American empire, what happens down there is usually pretty indicative of what’s happening in the rest of the “international community”. 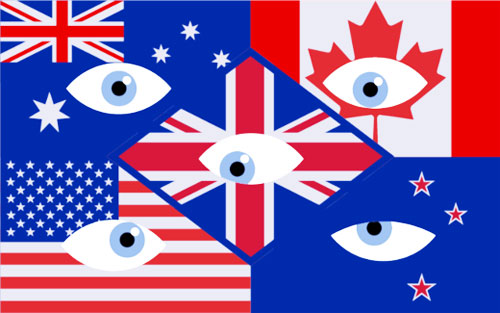 On Friday morning, the 14th of July, the prime minister of the Lucky Country informed the multiverse that math was no longer relevant in Australia. Here’s the quote: “Well, the laws of Australia prevail in Australia I can assure you of that. The laws of mathematics are very commendable, but the only law that applies in Australia is the law of Australia”, said Malcolm Turnbull.

Apparently, laws written by politicians and enforced by judges and juries, can somehow overrule basic mathematical concepts such as “1+1=2”, proven in the early 20th century and documented in the Principia Mathematica by Whitehead & Russell, and intuitively known by humans for millennia if not longer. Clearly, Malcolm Turnbull has joined the neocon “reality creator” club, where a person can just act and the rest can then judiciously study the “reality” they just supposedly created. The laws of government trump those that govern reality. Obviously.

The larger agenda behind this bizarre comment concerns the security agencies of the “Five Eyes” governments and their desire to remove the last vestiges of privacy from the Internet, and thus hopefully achieve full spectrum dominance in the face of an empowered Eurasia.

On the 14th of July, the Australian government unveiled plans to introduce legislation this year that would force internet companies to assist law enforcement in decrypting messages sent with end-to-end encryption. The package will also contain authority for the Australian Federal Police to “remotely monitor computer networks and devices”, a power currently possessed by the Australian Security Intelligence Organization, and force handset makers to help authorities break into devices they sell.

End-to-end encryption is exactly what the name suggests – encryption that secures the communication from the point of transmission from one participant to the point of reception for all others, and vice versa. If the communication is facilitated by intermediaries, all those intermediaries will see encrypted data, with no way for any of them to obtain the information in the communication. Popular software such as Signal, Telegram, and even Apple’s proprietary iMessage software use end-to-end encryption to preserve the integrity and privacy of the information their users receive and transmit.

The complex mathematics that encryption is based upon make it very difficult to “unscramble” a “scrambled” message via automated, sequential calculation in a reasonable amount of time – unless you have the password (or key) that simplifies the “unscrambling” (decryption) process. As the computation capabilities of modern computers have rapidly increased over the last few decades, encryption methods have needed to change in order to prevent unauthorized decryption from becoming something that could be accomplished quickly. There are also ways to analyze cryptographic methods (algorithms) in order to ﬁnd “short-cuts” through the mathematics that don’t require massive repetitions of calculations in order to decrypt encrypted messages. This is commonly referred to as “breaking” or “cracking” the algorithm. MD5 and SHA-1 are examples of two common, long-standing cryptographic functions that have been made insecure by advances in mathematical knowledge. The debate over whether uncrackable cryptography is a fantasy is a long-standing one, and beyond the scope of this article.

Regardless of what Australian PM may think, what they are attempting to achieve is insanely difficult. Australian Attorney General (and apparent ﬂaming psychopath) George Brandis stated to the Prime Minister that he was informed by the UK’s Government Communications Headquarters (GCHQ) intelligence agency that the government’s plan to bust encrypted messages is possible:
“I met with the chief cryptographer at GCHQ and he assured me this was feasible. What the government is proposing to do is to impose upon the companies an obligation conditioned by reasonableness and proportionality.” Brandis said that if the companies that are compelled by these laws disagree, then he will see them in court.

Clearly, the tech giants aren’t impressed, because only a few hours after this statement, Facebook issued a response saying: “Weakening encrypted systems for them [police] would mean weakening it for everyone” and “[there is] a protocol in place to respond to [law enforcement] requests where we can.”
Apple declined to even comment on the matter. Having stood up to the FBI over national-security-related bullying in the San Bernardino false-ﬂag terror case, it’s unlikely that Apple (or any other major tech company) will even pause stride at the Australian government’s announcement.

That being said, is there any truth to the GCHQ chief cryptographer’s advice to Brandis? It would be foolish to assume that Brandis did not ﬁrst check with Australian security agencies to verify the claims made by GCHQ before the government potentially opened themselves to a public ﬁght that could make them look like clueless and put the ﬁnal nail into the coﬃn of their government. This means we can reasonably conclude that the Australian deep state is in accord with its UK kindred, and most likely the rest of the “Five Eyes” group as well. And who invented these near-ubiquitous encryption algorithms? The NSA of course – part of the infamous US deep state!

What it all boils down to is this: if the government and tech companies can bypass encryption, that essentially means the encryption is not really encryption. And when one person or organization can bypass it, someone else can too. And that defeats the purpose of encryption entirely, which is to protect the privacy of the average citizen. If you think privacy isn’t important, next time you’re talking to a friend or family member on the phone, imagine if the conversation was being automatically listened to by a government official. How does that make you feel? 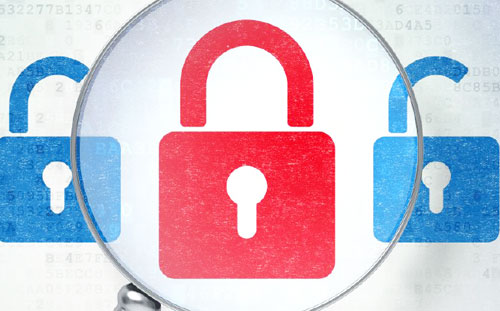 So, if the Masters of Encryption need to show the Tech Giants who the real boss is by publicly humiliating them through triggering their secret weapon of ﬂawed encryption of their own creation, surely they risk a) causing massive disruption to the infrastructure of the Internet (and any commerce that depends on it) and b) losing a key strategic advantage in surveillance technology. After all, the “190 Eyes” of the rest of the world will immediately shift to a different technology to secure their systems, and may become opaque to the Five.

Thus, if they intend to do so, they must see a benefit to be had after emerging from such chaos. And if such a beneﬁt exists, why have they not put this strategy into motion already? There are several converging factors to consider here:
– The US Petrodollar is collapsing, and as a result, so is the US economy;
– The US is being militarily stymied in its quest for resource dominance in the Middle East;
– Russian and Chinese high-tech industries are beginning to catch up to (and even exceed) those in the US;
– Years of cyber attacks against Russian infrastructure have been yielding no results, and Russian cyber security may actually be superior to US cyber warfare capabilities;
– The current US Trump Administration is openly defiant of attempts to have democratic processes and leadership roles in the US manipulated in the customary way;
– Solar Systemic Changes producing a global climate shift have been underway for decades, and the eﬀects of drastic climate rebalancing may soon become more palpable to all across the world, potentially causing mass social upheaval in the most inequitable countries.

Another data point is what the Australian PM did next. On Monday morning, the 17th of July, he announced changes to the “call out” powers which will empower the military to join local police in confronting terror threats and grant special forces the ability to shoot-to-kill. Australian barrister and spokesman for the Australian Lawyers Alliance Greg Barns likened the new military powers legislation to “martial law”, when military control is imposed over civilian government during war.

“Martial law, from Malcolm Turnbull, who last week said the Liberal Party stood for freedom”, titled Greg Barns his post on social media. Former Department of Defense secretary Paul Barrett also took to social media to warn Australians of his concerns over what he interpreted as “very dangerous legislation”.

Announced in front of heavily-armed, gas mask-clad Special Forces troops, not even two days after the shooting death of an Australian woman by trigger-happy police in the US, the new laws took all the worst aspects of militarized policing directly from France & the US, eﬀectively giving Australian troops legal immunity if they were ever ordered to kill Australian citizens.

Not surprisingly, the Australian mainstream media responded with… nothing. Or rather, just brief reports of the main facts before pointedly moving on to other stories. Even most of the alternative media was fairly quiet. Of course, they didn’t have much time to reﬂect upon it, because with a “one-two” that would have made Muhammad Ali proud, Australian PM was back in front of the cameras the next day to announce the formation of Australia’s new “Department of Home Aﬀairs”. It seems “Home Oﬃce” and “Homeland Security” were already taken.

Actually, “Home Aﬀairs” is an appropriate name, because it reﬂects the kind of adulterous relationship the Australian government has with its ex (the UK government) and legal partner (the US government). Australia will happily bend over whenever the US asks, but it seems like it just has to run back to the UK every so often for a bit of advice, as former avowed Republican Turnbull did.