Banks Are Stealing Our Future? How To Put An End? 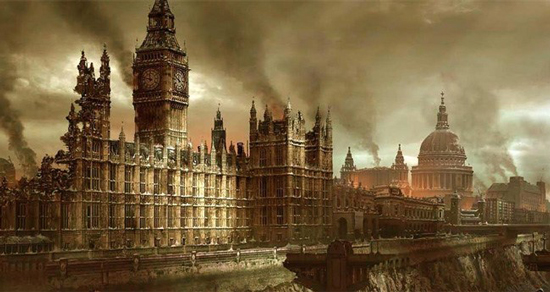 The European Central Bank is not able to stop the crisis started in 2008. Why? Is there a lack of macroeconomic models? Yes, of course, and it is under our noses since a century.

Two years ago Richard A. Werner, the inventor of term “Quantitative Easing” and the “Quantity Theory of Credit”, published a great paper pointing out the conclusive scientific evidence about the bank system theories. “The evidence is that commercial banks create money (and capital) out of nothing.”

This incredible discovery has a corollary: What are they doing with all that money? Are they supporting the real world economy?
Unfortunately, the answer to those questions can be found in desperation that people of South Europe are experiencing day by day. Thousands of suicides took place in Greece do to the economic crisis, and hundreds in Italy too.

It is clear to each one that, at present, there is nothing that a Central Bank or a State Bank can do, to reduce the incredible power accumulated into private commercial banks during decades of missed controls. Banks, simply, can corrupt everything touched and they do it right now.
As asserted by ancient Latins: “Pecunia nervus belli”, money is the sinew of war, so it is really hard to fight commercial banks without draconian measures, like a nationalization plan.

To prevent that measure, some commercial banks, helped by worldwide giants like JP Morgan and Goldman Sachs, have started a great campaign to mine some democratic constitutions judged to be too socialists to support their deals.
JP Morgan: “The political systems in the periphery (of Europe) were established in the aftermath of dictatorship, and were defined by that experience. Constitutions tend to show a strong socialist influence, reflecting the political strength that left wing parties gained after the defeat of fascism.”

But how do banks operate and where does the money supply come from?
To answer that question it is needed to better understand the importance of the matter. Depending on what is the answer, the money creation can or cannot be considered within the macroeconomic models, with the incredible result to have a lack of forecast capabilities and general economics understanding.

It is clear that the current prevalent theory of financial intermediation is the most desirable by private bankers. Unfortunately, the 2008 crisis highlights the inconsistency of the macroeconomic models adopting it.

Let’s continue with Werner’s words:
“Since according to the dominant financial intermediation theory, banks are virtually identical with other non-bank financial intermediaries, they are not usually included in the economic models used in economics or by central bankers.
Moreover, the theory of banks as intermediaries provides the rationale for capital adequacy-based bank regulation. Should this theory not be correct, currently prevailing economics modelling and policy-making would be without empirical foundation. Despite the importance of this question, so far only one empirical test of the three theories has been reported in learned journals.” 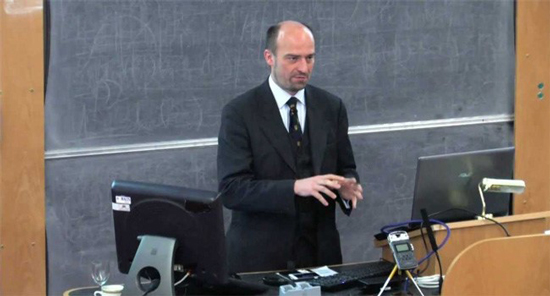 “Should this theory not be correct, currently prevailing economics modelling and policy-making would be without empirical foundation.”

It sounds like: “We are on the wrong path to deal with the issue” .  Do you remember President Andrew Jackson and his “War to the Banks of United States”?

“The question is considered why the economics profession has failed over most of the past century to make any progress concerning knowledge of the monetary system, and why it instead moved ever further away from the truth as already recognized by the credit creation theory well over a century ago.”

Let’s go to the final conclusions.
“The reason why bank regulation based on the fractional reserve and on the financial intermediation theories of banking have not been successful identified. On the other hand, having no bank regulation is also not likely to be successful, as the 2008 financial crisis has shown: bank credit derivatives had been entirely unregulated on the advice of Alan Greenspan and other supporters of unregulated markets.”

“They have since concurred with their critics that regulation would have been better. But what type of bank regulation is likely to be more successful?

In the era when the credit creation theory of banking was dominant, its proponents pointed out that bank credit creation and growth in economic activity are connected, and credit for different types of transactions has a diverging effect on the economy.

Finally, the confirmation of the results reported further strengthens the call for a new, interdisciplinary research agenda on the role of banks and the central bank in particular, and the monetary system in general, which should be firmly rooted in the inductive, empirical research methodology to produce scientific economics.

While many authors have proclaimed a continuous blurring of the division between banks and non-bank financial institutions, results showed precisely what allows banks to create money (and capital) out of nothing, while non-banks are unable to do so.

Interdisciplinary work with researchers in politics, law, accounting, management, operational research, information technology, engineering and systems research is called for to ensure that economics and finance on their own cannot continue to ignore empirical reality and embark on another lost century for economic sciences”.

So, how to put an end? The first step is to be aware that we are on the wrong path.
There is a great mala fide in the actual crisis management. The 2008 crisis has been used to force the south European population to accept illegal great change in their constitution, with an unprecedented violence since Nazi time. Once that the very few, remained honest, politicians will be convinced, a great national efforts could try to reduce the influence of commercial banks on our lives, via a nationalization plan able to put again the auto-determination in the citizens hands.