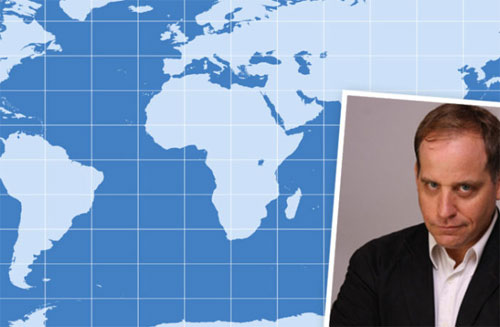 The Japanese Khazarian mafia slave government, desperate to survive, was plotting the removal of U.S. troops from Japan as well as the end of the regime of U.S. President Donald Trump, according to Japanese right-wing sources close to the emperor. That was why former U.S. President Barack Obama and former Thai Prime Minister Thaksin Shinawatra were paying them a visit last April.

The Japanese regime is still working with the Khazarian mafia slave regimes of Theresa May in the UK, Emmanuel Macron of France, and Angela Merkel of Germany in this effort against the Trump regime, the sources say. The French branch of the Rothschild family is deeply involved in these moves, CIA sources in Asia confirm.

The Japanese regime has joined the anti-Trump efforts because it has become alarmed by a series of public rebukes by the Trump military government. The biggest is that Japan is being kept totally out of the loop about moves towards peace in the Korean Peninsula. Japan’s government is also upset that, unlike other U.S. allies, it was not given an exemption to U.S. tariffs on steel and aluminum, the sources say. That is why the Japanese government last year was making unprecedented (for a usually servile, boot-licking regime) public rebukes of the U.S. moves.

The Abe government has been actively preparing for war with China using North Korea as a pretext, and was totally surprised by the move towards peace, the sources explain. While the warmongering Abe regime trembles, U.S., Chinese and Russian Presidents “Donald Trump, Xi Jinping, and Vladimir Putin may win the Nobel Peace Prize for a Korean peace treaty and denuclearization,” Pentagon sources said.

By contrast, members of the Abe regime fear being charged with war crimes over their involvement in the March 11, 2011 tsunami and nuclear terror attack on Japan. This fear has arisen because of the imminent arrest of Israeli Prime Minister Benyamin Netanyahu, who was one of the chief architects of the Fukushima terror operation, they say. This attack was orchestrated by the Rothschild family in an aborted attempt to evacuate 40 million Japanese to North Korea, members of the Rothschild family confirmed. The plan was to set up new Rothschild Asian headquarters in North Korea, according to the sources.

This is all unraveling, and a peace deal in the Korean Peninsula is likely to lead to all of these murderous plans being made public, said CIA, Pentagon, and Japanese right-wing sources. That is why there is now great fear and loathing amongst the perpetrators of this mass murder, they say.

A CIA source in Thailand had the following to say about Thaksin Shinawatra: “He is looking for a place to find refuge. Dubai is at the top of his list. Once the Japanese people know what he has done to them, he will have to run in order to avoid being taken out. His time is almost up.”

A member of the NSA personally visited this writer to warn him they had intercepted communications showing Japanese Finance Minister Taro Aso is actively trying to have me murdered. Aso is upset at being exposed as the top Rothschild agent in Japan, the NSA official explained. Aso is also angry that his regime’s construction of a biological warfare factory disguised as a veterinary school has been exposed by this writer, he said.

The other fatal error made by the Abe regime was to sell substandard steel to the U.S. military in a deliberate act of sabotage, Pentagon sources said. This is something the Abe government will pay a high price for, the sources promise.

Speaking about steel, a U.S. military intelligence source sent this writer the following information:
“The Chinese are reacting to Pentagon claims of substandard steel with great composure. Senior Chinese officials point out that this was a known problem in 2015 and wiped out by 2017, the Chinese leadership recognizing that their reputation for quality was a priceless national asset. Interestingly, in the same conversation it was mentioned that China kept many samples of the waste from 9/11, and tested for nuclear, thermite, and energy radiation, among other relevant forensic factors. If and when President Donald Trump is ready to support an independent investigation of 9/11, the Chinese appear to have relevant evidence-quality information to share.”

This is highly relevant, because in April last year a U.S. judge rejected a Saudi Arabian government attempt to dismiss lawsuits against it concerning the 9/11 attacks.

Pentagon sources have previously explained that the tactic of suing Saudi Arabia was meant to expose the real perpetrators of these attacks – the Khazarian mafia. The wheels of justice grind slowly, but they grind to dust and are steadily closing in on these murderers. 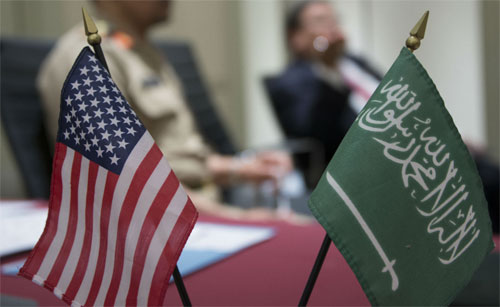 On this front, Pentagon sources noted the total number of sealed indictments against Khazarian satanic mafiosi is approaching 25,000 and “those rejected by Gitmo may be found dead like Peter Munk.”

The other huge move against the Khazarian mafia is the ongoing attack on their Internet mind-control apparatus. “After the Facebook scandal, Google, Twitter, Amazon, Tesla, and Microsoft are also being targeted,” Pentagon sources say. As a collective, this group of companies is the visible part of what the Gnostic Illuminati calls a rogue artificial intelligence that is threatening humanity. Transforming these companies from brainwashing hubs into public utilities is a must if humanity is to be freed.

Speaking about rogue AI’s, it is reluctantly to say that a growing body of evidence shows that Neil Keenan, who played a key role in exposing the cabal’s hijacking of the financial system, has been murdered, and his murderers have hijacked his identity for the past several years.

Neil Keenan was briefly reported to have been murdered on his own website, before that report was taken down. Following that, this reporter had a Skype conversation with a person claiming to be Neil Keenan but who failed to answer questions the real man would have known, such as where did I once send him money. Also, Keenan suddenly stopped exposing cabal machinations and instead became a salesman for “healing computers.”

CIA sources point out that “around the end of November 2014, Keenan posted several videos of his opening one of the bunkers here in Indonesia at an undisclosed location… the small box that Keenan and his assistant eventually opened contained COPPER ingots. They were not gold. Gold does not tarnish or become oxidized. Copper does. This was a falsehood from the onset.” The source says he checked with Indonesian Immigration and they have no records of Keenan visiting the country at that time.

We have also confirmed with the government of Monaco that there was never any meeting of world finance ministers in Monaco and that no such agreement as the “Monaco Accords,” widely reported by Keenan, ever existed.

The last person who we can confirm actually met with Neil Keenan met him more than 10 years ago. Since then, despite considerable efforts on our part, contacting various intelligence agencies around the world, nobody can confirm he is still alive. Repeated attempts to arrange a meeting with Keenan have also failed. We would be happy to be proven wrong. This is important, because if we can trace down and capture the people who killed and then began impersonating Keenan, then we have a real chance at ending Khazarian cabal financial control.

Also, on this front, we can report that a meeting took place last Spring between a representative of an Asian Elder and the White Dragon Society. The WDS proposed to this representative that the Asian Elders appoint a director to the White Dragon Foundation with veto power over any use of funds by the Foundation. After this, historical bonds can be deposited with the Foundation and the WDS will use its influence to make sure the Khazarian mafiosi who sold these bonds in exchange for gold are forced to pay up. The money will be used to end poverty, stop environmental destruction, and finance a swords-to-plowshares transformation of the military-industrial complex.

In any case, Pentagon sources reported that “mopping-up operations are in progress, with more cabal bases destroyed and portals shut down.”
We cannot personally confirm space-war information of this sort. However, we can confirm that removing visible cabal leaders like Benyamin Netanyahu is important. Also, Russian FSB sources say they have traced the root of the problem on earth to Zurich, Switzerland and that “it is somehow connected to the CERN Project.”

Q-squared Delivered a Set of Serious Messages About the POTUS