Benjamin Fulford 10-22-18: Saudi-Israeli ‘axis of evil’ being taken down by international alliance 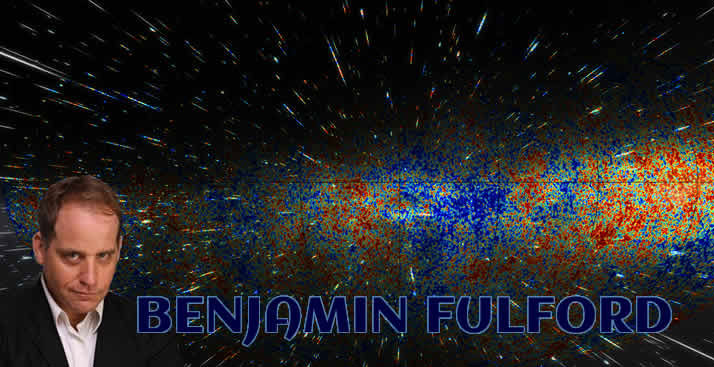 The battle raging at the highest levels of world power is reaching a climax of sorts, with an ongoing operation to take down the governments of Israel and Saudi Arabia and end their control of the petrodollar system, multiple sources agree. The so-called murder of Nazi Muslim Brotherhood agent and Washington Post columnist Jamal Khashoggi at the Saudi Arabian consulate in Turkey was staged to provide cover for this ongoing operation, the sources add.

“This is all about the financial survival of certain countries (Israel, Saudi Arabia, and the bankrupt U.S. Corporation),” a CIA source explained.

The overall story as told by CIA, Mossad, Japanese intelligence, and Pentagon sources is as follows: Saudi Crown Prince and de facto head of state Mohammad bin Salman (MBS) was shot and killed in April and replaced with a body double. The people controlling the body double then had their funds frozen in retaliation, with the Khashoggi incident as cover. Now, the satanic Khazarian governments of Israel and Saudi Arabia are fighting for their lives.

So the real reason all the big corporations and government ministers cancelled their planned visits to the “Saudi Arabian Davos” investment forum was because the flow of money they were hoping would be poured in their direction has been cut off.

“The global boycott of Saudi Arabia escalates, as Goldman Sachs is forced to stop sending Dina Powell and Germany’s Deutsche Bank, and Japanese banks MUFG and Mizuho join the party,” was how Pentagon sources described the situation.

“This appears to be a plan to end the petrodollar, the Israeli-Saudi axis of evil, and the fountainhead of terrorism, as many things converge to collapse the old financial system so the new Quantum Financial System and Global Currency Reset can be launched,” the sources add.

Confirmation of this can be found in reports that U.S. Treasury Secretary Steven Mnuchin cancelled his planned visit to the Saudi investment forum and instead visited Saudi Arabia to attend a “terrorist financing” meeting.

CIA sources also say “Khazarian war criminal Netanyahu is about to take the fall for something big that he is involved with. The U.S. is pulling the plug. Too much pressure is being put on Trump and others very close to him.” We assume this will be Netanyahu’s involvement with the 9/11 and Fukushima mass murder terror attacks.

We will get back to the Saudi Arabian troubles later in this report, but first we need to explain why the situation in Japan, North Korea, and China is the ultimate reason for the chaos in the Middle East. Members of the cabinet of Japanese Prime Minister Shinzo Abe and Manchu royals both contacted the White Dragon Society (WDS) to explain what was really going on. In essence, the Bank of International Settlements (BIS), the central bank for central banks, was given strong warnings to cut off the Zionist/Satanic Rothschild family “or else…”, the sources say.

As a result, the control of the existing global financial system has changed hands. The Manchu royals say the Rothschilds never controlled more than 8% of the world’s gold. Now the Asian secret societies and the U.S. military-industrial complex have agreed to cut off the Zionists’ control of the financial system. The West will, in exchange, be given approximately $40 trillion in gold-backed bonds to finance major projects to clean up the planet and create new ecosystems in desert, arctic, and oceanic dead zones, among other things, the sources say. The U.S. military will be turned into a planetary protection force, a big improvement from its current status as enforcer for large Zionist-controlled corporations, they say.

An early first step in this process will be an announcement by Japan’s Abe and Chinese President Xi Jinping that the two nations will set up a major joint fund, according to an Abe cabinet source. This fund will be dedicated to cleaning up the environment and dealing with aging societies and low birth rates, the source says. The U.S. military government has agreed not to interfere with this activity, he adds.

However, a lot of fighting still remains to be done before the West also can start this sort of work in earnest, so let us return to the current chaotic situation in the West.

Here, “Germany suspending arms sales may give Trump cover to do the same, and may even lead to a UN arms embargo of Saudi Arabia and then Israel,” Pentagon sources say. The U.S. military-industrial complex will be more than compensated for any losses resulting from such an embargo, WDS sources say. 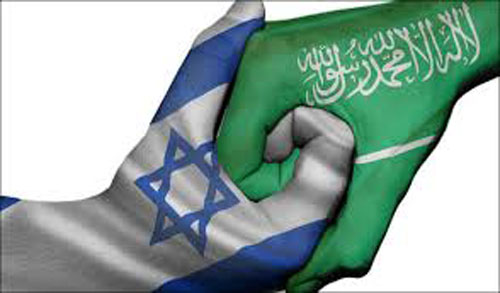 Of course, the Khazarians are not taking this lying down, as can be seen in a huge push against the entire Khashoggi psy-op. For example, as Russia Today noted, “Riyadh doesn’t know how Khashoggi was killed or where his body is, Foreign Minister Adel al-Jubeir told Fox News, just one day after his country claimed the journalist was killed in a ‘fistfight’ inside the consulate in Istanbul.”

Also, the Khazarian-controlled media is putting out the story that their man MBS is still fully in control of the situation there. However, a member of Abe’s cabinet called MBS’s long-time lawyer and constant companion to confirm that he was shot twice in the head in April and died instantly.

“Yes, Bin Salman was taken out. A Khazarian Zionist-controlled double was put in his place. The real Bin Salman was causing too much upheaval for the powers that be.

The real MBS purchasing the Leonardo da Vinci painting Salvator Mundi for $450 million did not go over well with the Zionist cabal, as the purchase was made right after the Riyadh Ritz Carlton Hotel shakedown of the corrupt Saudi billionaires who worked directly with/for the Khazarian Zionists.

By purchasing the painting, MBS was sending a very direct signal — the real meaning of which only the Zionists would understand.”

Meanwhile, both U.S. military intelligence and Canadian intelligence sources warned that the Khazarians (“lizards”) were going to bring out some hidden technology to try to manipulate public opinion using holograms and “voices.” Here is what the Canadian source said:

“Yes, the lizards do not want to lose the Fed, and yes, they have the tech to make Jesus or whoever they want to talk to you in your head. Not only that — Jesus or whoever will appear in front of you to give you a personal message as well. The only problem with this tech is that the older ‘real pot,’ naturally grown, prevented this tech from working. This is the reason it was outlawed many years ago, and who knows what Monsanto and Bayer are doing to the pot crops now. Remember that the Earth is in ‘lockdown,’ so they (the lizards) can’t get off the planet and no one can get in to ‘pick them up.’ No country wants to loan money to the USA Corp. China holds so much land as collateral across America, it’s unreal. If the people only knew. Let the chess game continue.”

We can confirm from a pot farmer nephew in Canada that yes indeed, even though Canada has legalized pot, they are trying very hard to make sure that only strains that make you dumber are available.

In any case, a retired U.S. military officer said there was widespread agreement among the ranks that it was time to simply hunt down and kill all the Khazarian gangsters, saying: “The Cabal has been using National Security Findings (NSFs) for many years against all their enemies, so perhaps like treatment should now be directed against them by the USN. It is time for the USN to put its foot down and start sanctioning Cabal kingpins who love to pedophile little kids, then torture them and sacrifice them to Baal for more satanic power.”

Apart from Israel, Saudi Arabia, and parts of the U.S., the other major Khazarian stronghold that is about to be taken down is the Ukraine. The move to take the control of the 12,000 Ukrainian Orthodox Churches away from the Russian Orthodox Church is the last straw that will provoke Russia into reasserting control there, multiple sources agree.

Here is what a CIA source had to say regarding the shootout by an “MKUltra-controlled” 18-year-old student at Kerch Polytech College, Crimea:

“1) He had an accomplice. Putin and the FSB know who it is.
2) This was orchestrated by Ukrainian President Porky (Poroshenko) with the green light given from former U.S. Vice President Joe Biden.

Putin has already made up his mind; Ukraine will come back to mother Russia and the neo-Nazis will be neutralized. Maybe not in that order.”

We tried to contact Russian sources through multiple routes about the reported coup attempt against Vladimir Putin and the situation in the Ukraine etc., but met with a complete wall of silence. This sort of communications cutoff most likely means that some kind of military action is imminent.

In a development possibly related to this, Japanese intelligence sources say that many Japanese, Chinese, and other nations’ satellites have gone silent and appear to have been hijacked by “the British and the Americans.” Secret space program related?

How To Improve Your Eyesight Without Laser Surgery Or Glasses