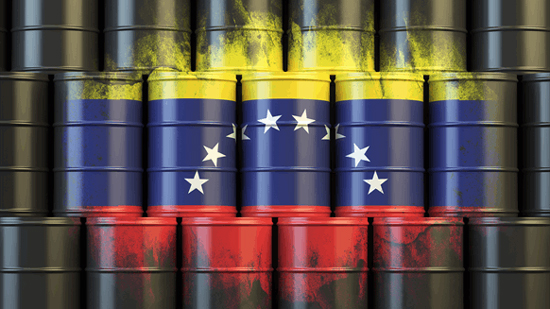 If the U.S. succeeds in ousting Maduro and putting Guaidó in his place, it will only be the latest example of U.S. government policy that directly benefits the bottom lines of Chevron and Halliburton. In Chevron’s case, the company’s growth to become one of the largest oil companies in the world has consistently been aided by the U.S. establishment, regardless of whether Democrats or Republicans held the presidency.

Notably, Chevron has also worked with past U.S. presidents in undermining democratically-elected governments in order to advance its business interests, with the most recent example taking place in Haiti. Cables published by WikiLeaks showed that Chevron, in 2006 and 2007, partnered with ExxonMobil and the U.S. government to undermine the presidency of former Haitian president René Préval after he forged a deal with Chávez’s PetroCaribe alliance that allowed Haiti to buy subsidized Venezuelan oil.

Furthermore, Chevron also benefited greatly from the U.S. invasion of Iraq and its representatives were among those who met with then-Vice President Dick Cheney in 2003 to plan Iraq’s “postwar” – i.e., post-invasion – industry that led Chevron to acquire ownership of several Iraqi oil fields. Notably, the family of then-President George W. Bush is one of Chevron’s largest shareholders. In addition, then-National Security Adviser Condoleezza Rice was a Chevron executive throughout the 1990s, and was in charge of public policy for its board of directors immediately prior to joining the Bush administration. Rice even had a Chevron oil tanker named in her honor in 1993.

Though Chevron greatly benefited from the Bush administration’s destruction of Iraq, Halliburton came away the biggest winner from the Iraq war, making $39.5 billion off the conflict and its aftermath after being awarded numerous, lucrative contracts to “rebuild” the country. This outcome is unsurprising given that Cheney served as the company’s CEO for decades and retained $34 million in company stock throughout his tenure as U.S. vice president.

Iraq had been targeted by the Bush administration soon after Bush came to power, particularly following the formation of Cheney’s 2001 Energy Task Force, which called for the privatization of Iraq’s then-nationalized oil resources and reviewed maps of Iraq’s oil fields and lists of companies seeking contracts with Baghdad years before the war officially began.

Investing in a gung-ho president

Indeed, in March 2017, then-Chevron CEO John Watson told CNBC that he had already met with White House staff on “multiple occasions” in just the first three months of the administration and had been “encouraged by those meetings.” “We’ve seen a more pro-business environment … I think the approach they’re taking toward business – toward enabling our economy to grow again – is a real positive,” Watson added.

Halliburton too has long had high hopes for Trump given that the president held between $50,000 and $100,000 in company stock up until December 2016, when he sold his personal stocks to avoid “conflicts of interest” during his presidency. However, some of Trump’s earliest policy proposals were described by the media as directly benefiting Halliburton, including his administration’s push to open more publicly-held lands in the U.S. to oil drilling.

Furthermore, the recent scandal that forced Trump’s secretary of the interior, Ryan Zinke, to resign involved Zinke’s alleged corrupt dealings with Halliburton chairman David Lesar, suggesting that the Trump administration’s potential for a conflict of interest with Halliburton did not magically dissipate following Trump’s sale of his personal investments. 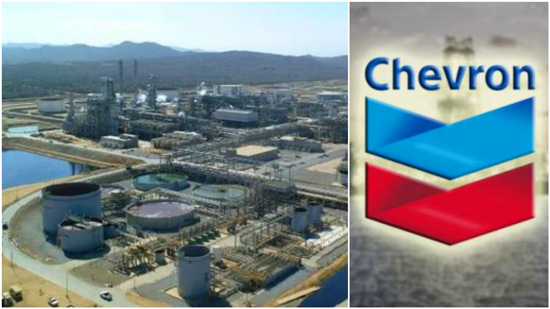 Since the early days of the administration, both Halliburton and Chevron have benefited directly from several Trump administration policies, both foreign and domestic. For instance, Chevron and Halliburton benefited substantially from the Trump administration’s tax cuts, which were recently found to have had “no major impact” on economic growth or company hiring practices but instead enabled mega-corporations to buy back stocks en masse in order to increase their companies’ stock prices. After the passage of those tax cuts, Chevron executives urged governments around the world to implement similar legislation.

In addition, consider Trump’s 2017 decision to withdraw from the Extractive Industries Transparency Initiative (EITI), which Reuters explained as “a global standard for governments to disclose their revenues from oil, gas, and mining assets, and for companies to report payments made to obtain access to publicly owned resources, as well as other donations.” Bloomberg noted at the time that the Trump administration’s decision to withdraw had followed “a long lobbying battle waged by the American Petroleum Institute, Exxon Mobil Corp. and Chevron Corp.”

The involvement of top U.S. oil corporations like Chevron in the administration’s decision to withdraw from the EITI led Corinna Gilfillan, head of the U.S. Office at NGO Global Witness, to state that it was “Exxon and Chevron’s preference for secrecy that [had] made it impossible for the U.S. to comply.”

Gilfillan then told Common Dreams: “When major Russian and Chinese oil companies are disclosing more information about their deals around the world than their U.S. counterparts, you have got to ask: what are Exxon and Chevron so desperate to hide?”

However, Chevron, for its part, has not agreed with every Trump policy, as the company did lob considerable criticism at the Trump administration last June over his imposition of steel tariffs during the first phase of the ongoing “trade war” with China. Yet, that criticism disappeared a few months later, when another Trump policy – his draconian sanctions targeting Iran’s oil sector – took effect.

As the Washington Examiner noted this past November, Trump’s sanction policy targeting Iranian oil “has proved a lucrative one for the shareholders who own oil companies such as ExxonMobil and Chevron,” resulting in a jump for those companies’ third-quarter earnings “that topped Wall Street expectations by wide margins.”
The Examiner went onto note that Trump’s sanctions on Iranian oil exports led Chevron’s net income to more than double to $4.1 billion, with cash from operations reaching “the highest it has been in nearly five years.”

However, Halliburton’s reaction to Trump’s Iran policy is more mixed, given its considerable business interests in Iran and the fact that it had benefited from the Iran nuclear deal approved by the previous administration of Barack Obama. Yet, if the Trump administration’s regime-change policy targeting Iran succeeds, Halliburton will be among the top beneficiaries of that policy as well, given its already established presence in the country.

Now, with Venezuela’s massive oil resources in the Trump administration’s crosshairs, Chevron stands to gain once again from Trump’s foreign policy, which has been guided by oil politics in several instances.

Trump ready to test out his “Take the Oil” intervention policy

Though Trump has yet to make bold, Boltonesque public statements regarding the clear link between Venezuelan oil and his administration’s regime-change policy, his past statements regarding U.S. interventions in oil-rich nations elsewhere show that Trump has long backed U.S. intervention in foreign nations if it meant that the U.S. could secure that country’s natural resources, namely oil.

For instance, in 2011, Trump told the Wall Street Journal that he would support U.S.-backed intervention in Libya if the U.S. could “take the oil.” In the eight years since the U.S.-backed intervention, Libya remains without a central government and is now the site of rampant terrorist activity, a massive illegal arms trade, and a booming slave trade.

Then, in 2016, candidate Trump again asserted that the U.S. should “take the oil” when intervening or invading foreign nations. Trump told NBC News in September 2016 that the terror group Daesh (ISIS) emerged only because the U.S. had not taken Iraq’s oil after the 2003 invasion. 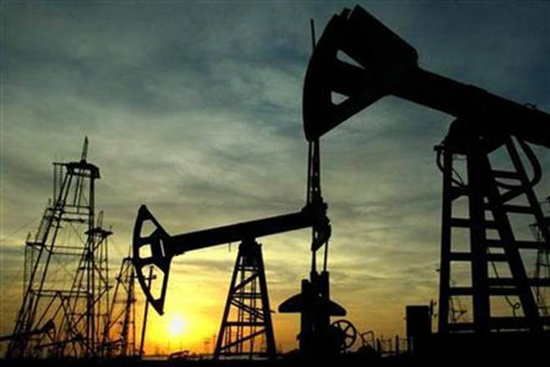 Trump also stated, with regard to Iraq, that: “We go in, we spent $3 trillion. We lose thousands and thousands of lives, and then look, what happens is we get nothing. You know, it used to be the victor belong the spoils. Now, there was no victor there, believe me. There was no victory. But I always said: take the oil.”

While Trump has not publicly touted his “take the oil” policy in relation to the current situation in Venezuela, he has done so privately during several White House meetings early on in his presidency. According to the Wall Street Journal: “Mr. Trump requested a briefing on Venezuela in his second day in office, often speaking to his team about the suffering of Venezuelan people and the country’s immense potential to become a rich nation through its oil reserves.”

Thus, Bolton’s as well as Senator Rubio’s frank admissions that the Trump administration’s Venezuela regime-change policy is about the oil and giving that oil to American companies, are clearly aligned with a policy that the president himself has long supported.

As with Iraq, Libya and other U.S. oil-motivated interventions of the past, the destruction of Venezuela’s nationalized oil industry and its privatization to American oil companies – especially Chevron and Halliburton – is the guiding factor behind the U.S.’ current regime-change policy targeting Caracas. While past administrations attempted to obfuscate their “wars for oil” as “restoring democracy,” Trump administration officials and other “coup architects” have recently “gone off script” and overtly stated the guiding principle behind its Venezuela policy.

However, the timing of the Trump administration’s regime-change push in Venezuela is key. While companies like Chevron and Halliburton have been hemorrhaging profits in recent years, they have so far withstood the fallout due to the record high production of U.S. shale oil. Yet, the “golden age” of U.S. shale is quickly disappearing, with top industry insiders like Harold Hamm along with Halliburton’s rival company, Schlumberger, expecting shale output growth to slow by as much as 50 percent this year. Hamm is a close confidant of President Trump.

If this comes to pass, American oil companies will be in a bad way. Yet, if Guaidó comes to power and privatizes PDVSA, U.S. oil companies – with Chevron and Halliburton leading the pack – stand to make record profits in the world’s most oil rich nation, as they did in Iraq following the privatization of its national oil industry after U.S. intervention.

Worst of all, as the U.S.’ past interventions in Iraq and Libya and elsewhere have shown, Washington stands willing to kill untold thousands of innocent people in Venezuela – either through direct military intervention or a proxy war – to benefit American oil companies. Will the American people let yet another presidential administration destroy an entire nation for Chevron, Halliburton and other powerful American corporations?

Benjamin Fulford 10-22-18: Saudi-Israeli ‘axis of evil’ being taken down by international alliance