The bankrupt U.S. government in Washington, D.C. was able to pretend it did not go bankrupt at the beginning of February 2019, by issuing fake bonds, but these will be blocked, according to Pentagon, Asian secret society, and European royal sources. 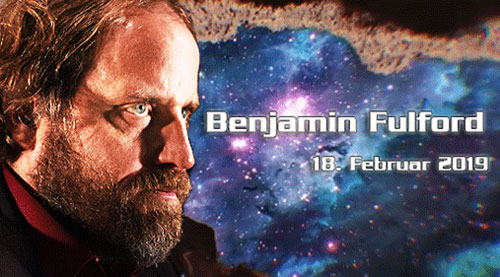 In 2008, the Khazarian mafia puppet government in Washington, D.C. was able to avoid bankruptcy by using 700 tons of gold to forge 750,000 tons worth of gold-backed bonds and create $23 trillion out of thin air, confirmed by CIA, Pentagon, MI6, and other sources. That money has now run out.

Now they are forging the identity of a murdered man, “Doctor” Zvonko Berdik-Albert (it is actually Count Albert) to try to do the same thing, this time using Chinese currency. A copy of the forgery can be seen below.

The Khazarian mob also murdered former top European CIA man Neil Keenan and tried to forge his identity in a failed attempt to get their hands on Indonesian gold, according to CIA sources in Indonesia.

At the same time, the Khazarian mafia sent their fake Saudi Crown Prince to Pakistan last week with $20 billion in bribes in an attempt to buy security for their collapsing control of oil in the Middle East, Pentagon sources say. However, the Pakistanis were not fooled by the satan-worshiping Khazarian puppet pretending to be a Muslim, according to Ismaili (historical Hashashin or assassin) sources.

The reason the clown prince went to Pakistan to seek protection was because the U.S. military is planning to withdraw from Saudi Arabia and let the Arabians once again choose a genuine Muslim as their leader, thus dooming many of the so-called Saudi royals, Pentagon sources say.

Meanwhile, multiple sources in the U.S. and Canada say Special Forces have been called into action in North America following the declaration of a national emergency last week by U.S. President Donald Trump.

Federal Emergency Management Agency Administrator Brock Long was fired and Attorney General William Barr was sworn in before Trump declared the national emergency, in order to make mass arrests possible and to prepare for FISA declassification and “intel dumps,” the Pentagon sources say. Brock Long was behind the fake hurricane crisis that was used to cover up the bankruptcy of the Puerto Rico operations of the Washington, D.C. Corporation.

Many of the “intel dumps” will be about the politicians and power brokers who are receiving huge bribes from the illegal drug industry, CIA sources say. Already, the drug lord El Chapo testified at his sentencing hearing that Hillary Clinton, Nancy Pelosi, House Intelligence Committee Chairman Adam Schiff, and others received drug money from him.

Similarly, Pope Francis “was forced to make a historic move in defrocking sex predator ex-Cardinal of D.C. Ted McCarrick, paving the way for more cardinals and bishops to face the same punishment,” the sources say. This was apparently the first time in the entire 2,000-year history of the Church that a cardinal has been defrocked, or “laicized.” McCarrick was a top power broker in Washington, D.C. who protected many high-level political criminals, the sources say. (Remember George Bush Jr. and Tony Blair going to see Pope “Maledict” to ask for protection after leaving power?)

The defrocking of McCarrick was related to the removal of top Vatican financier Cardinal Pell after he was found guilty last December of sexually abusing children, according to P2 freemason sources. Pell had been blocking the start of the new financial system, they say.

This is also connected to the formal request by the British government, sent to the Vatican via diplomatic channels, to investigate the Vatican’s role in the March 11, 2011 Fukushima mass murder, British MI6 sources say. The Fukushima criminal proceedings will start with charges being laid against Israeli security company Magna BSP and Israeli Prime Minister Benjamin Netanyahu, the sources say. 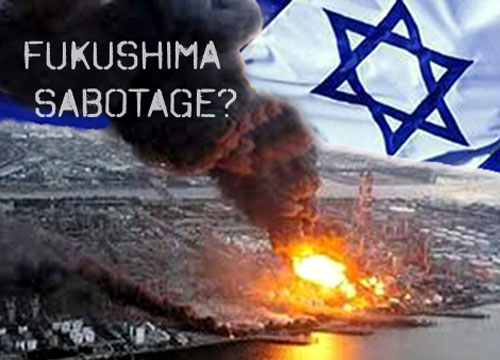 However, the fascist and germ warfare-promoting Prime Minister Shinzo Abe of Japan and his Iwasaki clan backers (Mitsubishi Group) will also face trial later in the proceedings, the sources say. As a reminder, Abe’s government was installed through election fraud after the Fukushima disaster. His government has been embezzling large sums of money that officially are being used for “cleaning up Fukushima,” according to Japanese right-wing sources. In addition, Abe’s mother is acting as a liaison with Japanese gangsters for handing out Tokyo Olympic-related slush funds, according to a Yamaguchi gumi syndicate insider.

The fact that the Russian government does not want to make a peace deal with Abe’s regime is a clear sign that they understand it is an illegitimate, criminal government, say Russian FSB sources.

The firing of Michael Greenberg as top Vatican/Mossad agent in Japan and the imminent arrest of murderer, drug dealer, and Barbara Bush cousin Richard Armitage will pave the way for the clean-up in Japan, say White Dragon Society sources in Japan.

That’s why there is a huge fight going on behind the scenes as Japan prepares to install Crown Prince Naruhito as the new emperor on May 1st. One group is pushing to have North Korea’s Kim Jong Un installed as emperor, since he represents a part of the royal bloodline that never surrendered to foreign control, Japanese imperial family sources say. Another group claims that Naoshi Onodera of the Southern imperial bloodline should be emperor, because Naruhito is not of imperial blood.

There is also an upcoming case at the International Court of Justice (ICJ) in The Hague that could upset the political foundations of the European Union, according to officials of France’s National Transition Council. On February 19, the Council submited a case to the ICJ claiming that “France has had no constitution since December 13th, 2007,” according to Council spokesperson Fabrice Dubourdieu. In addition, the Council will show that three departments (administrative regions) of France have been run without legal right or title since 1948, he says.

“This legal mess could trigger not only the regime change in France, but also the collapse of the EU (as we know it) for all sorts of legal reasons which I can develop if you like,” Dubourdieu claims. He adds that “We aren’t naïve, we know we are under full-time surveillance. The fact we are not prevented from acting means that higher people decided it was the right time to torch the EU 4th Reich legally.”

Meanwhile, the Khazarian mafia government of Israel, seeing that its 4th Reich Nazi backers are losing power, tried holding an emergency conference in Poland in February to drum up support for a war on Iran. They were also there to try to extort money from Poland, Polish Intelligence Agency sources say. The Polish government refused to hand over a penny and instead asked for the prosecution of European Council President Donald Tusk, the sources say. Tusk is a German agent who only pretended to be Polish and was involved in the murder of top Polish government officials, including its president, in 2010, they add.

There is a lot more going on that we cannot write about yet because it could jeopardize ongoing operations. However, readers can rest assured that it involves really nice things for the people and living organisms of this planet. The meek are finally going to get their inheritance.

How to eliminate the threat of autoimmune disorders safely and naturally