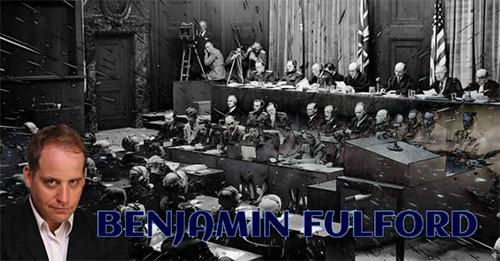 The Khazarian mafia faction that has been trying to start World War III and kill 90% of humanity is now on its last legs, multiple sources agree. The clearest sign of this was an executive order and a 636-page annex issued on March 1 by U.S. President Donald Trump and the Department of Defense that prepares the way for Nuremberg-style tribunals.
https://www.whitehouse.gov/presidential-actions/2018-amendments-manual-courts-martial-united-states/
https://www.regulations.gov/document?D=DOD-2017-OS-0032-0003

The essence of these orders was that all U.S. civilians shall be subject to military justice and that the military will be able to hire non-military legal experts to help with the upcoming tribunals, according to Pentagon sources. The following clause on page 2 of Annex 2 is of particular interest, in that it describes one exercise of military jurisdiction as: “A government temporarily governing the civil population within its territory or a portion of its territory through its military forces as necessity may require. (Martial law).”

Pentagon sources explain that “Trump signed Executive Order 3/1 to amend the court martial manual to get civilian legal help and prepare the public for Nuremberg II military tribunals of the cabal before truth and reconciliation.” It appears that at least some mass murderers are not going to get away with just saying “sorry”.

The other big move by the Trump government last week (Feb. 26-Mar. 4) was to fire the first salvoes of a trade war. The first blast was an announcement that the U.S. would be putting tariffs of 25% and 10%, respectively, on steel and aluminum imports.

It is also clear that this move is not connected to the U.S. military. U.S. Defense Secretary James Mathis sent a letter to the Commerce Department noting that the U.S. military only uses 3% of U.S. steel and aluminum manufacturing capability, and that he was concerned about the move’s “negative impact on our key allies”.
https://www.commerce.gov/sites/commerce.gov/files/department_of_defense_memo_response_to_steel_and_aluminum_policy_recommendations.pdf

On the surface, it seems the cowboys in the Trump Commerce Department are more eager to bully weak countries than to actually deal with the U.S. $800 billion a year trade deficit.

If the fight was really about trade, then the U.S. should have slapped tariffs on the $262 billion worth of electronic equipment and machinery it imports from China every year. The Commerce cowboys did not target China because they need to make sure China lends them more money to keep bankruptcy at bay.

The real reason for the Trump regime attack on Canada and other allies is that those countries want to see the bankrupt U.S. corporate government replaced with an entirely different regime. Remember, the Europeans, including the UK, Germany, Italy, Switzerland, France, as well as Canada, parted ways with the Khazarian mobsters controlling the U.S. financial system to work with China on their AIIB, and now their One Belt, One Road (OBOR) initiative. The $8 trillion OBOR initiative is about 60 times bigger than the famous Marshall Plan was. Right now the U.S. is missing out on the action.

In the next big geopolitical chess move, the trading of oil futures using gold-backed yuan, will start in China on March 26. This will add another blow to the financial controllers of the petrodollar, who now control only the U.S., Japan, Israel, and Saudi Arabia. All indications are that Saudi Arabia and Japan are about to turn, so soon it will be down to just the U.S. and Israel.

CIA and Pentagon sources both say the stock market is going to be crashed to bankrupt the remaining cabalists in the U.S. and Israel and prepare the way for a new asset-backed financial system for the West, to complement the one China is about to launch. 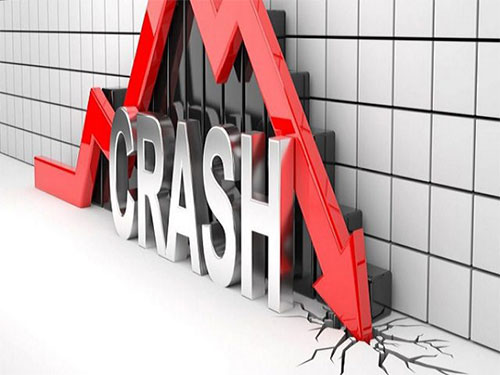 The U.S. military, for its part, is bypassing the Commerce Department and opening direct negotiations with China, according to a Pentagon official involved in these negotiations. The U.S. military is thinking of trading some high-tech, mostly in the fields of energy and aeronautics, in exchange for a U.S. debt write-off and financing for the total restructuring of the U.S. economy and its infrastructure, the source says. “There are also serious plans underway to start a Western counterpart to the Chinese OBOR project that will create an unprecedented economic boom”, he says.

Already, the U.S. military has been promised pay rises and a bigger budget by the rest of the world as thanks for their help in cleaning up the Khazarian mafia. So it is the non-military members of the Trump regime – the ones who might lose their jobs – who are trying by using threats of a trade war to extort money from allies.

It is also the non-military people in the U.S. government who have been behind the constant hysterical threats to start a war with North Korea. The U.S. military rightly say that a war with North Korea would be a total disaster and are actively working to make sure it never happens. Instead, according to Princess Kaoru Nakamaru, a cousin of the Emperor Hirohito and a Japanese conduit to North Korea, the U.S. military has agreed to withdraw from South Korea and allow Korean unification.

The real reason for the hysteria among certain parts of the U.S. establishment, of course, is not North Korea but rather the up-and-coming military tribunals mentioned at the top of this story. To get an idea of how big the tribunals will be, there are now more than 18,500 sealed indictments, a number that is more than 10 times greater than the amount of people tried at Nuremberg and related trials, Pentagon sources say. Also, the list of “malign actors” who have had their assets frozen by the U.S. Treasury Department based on Trump’s December 21 executive order is now 1,108 pages long.
https://www.treasury.gov/ofac/downloads/sdnlist.pdf

In a further move, the U.S. military government has downgraded the security clearances of 130 members of the Trump regime, including his son-in-law Jared Kushner. Israeli Prime Minister Benyamin Netanyahu’s “White House Mossad/Chabad asset Jared is getting neutered with loss of top secret security clearance and is a target of counterintelligence operations” the Pentagon sources explain. Furthermore, they add, “Even Ivanka [Trump] is under FBI probe for her ties to Mossad/Chabad as Trump is forced to put country above family and ditch Javanka.”

As long as he puts country first, Trump may be kept as a long-term front for a stable regime in the U.S., just like Vladimir Putin and Xi Jinping do for Russia and China, the sources say.

Also, as the U.S. military prepares for meritocracy, it has “downgraded the CIA into a department of the NSA, ensuring total military control of the intelligence apparatus” Pentagon sources say. While the idea of a military government is alarming to many, U.S. military sources emphasize that it will just be an interim measure until the gangsters are removed from power and a healthy civilian government can be put in place.

Meanwhile, there is also a lot going on with ancient military orders and secret societies. Much cannot be reported yet, but it can be confirmed that negotiations involving the City of London, the Templars, the Knights of Malta, Russian military orders, the Gnostic Illuminati, the P2 Freemasons and others are taking place. There is a general consensus among them that the way we have been running this planet needs to be fundamentally reformed and revamped.