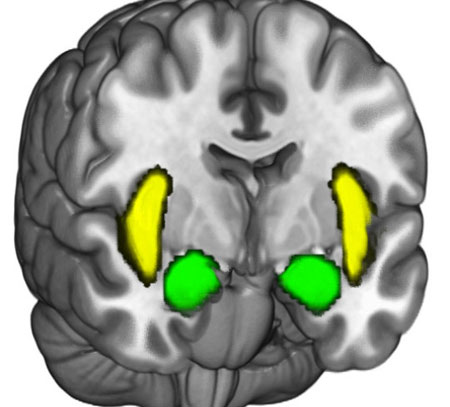 We’ve all heard the phrase: “Let’s not talk about politics”.
A new scientific study shows why people readily abandon rationality for political beliefs. It also underscores how well Establishment forces have been able to push the populace into an “us vs. them” mindset.

Researchers at the Brain and Creativity Institute used functional MRI – a revolutionary technique that maps the brain by coupling cerebral blood flow and neuronal activation – to find out what happens in the brain on politics.

“When people’s political beliefs are challenged, their brains become active in areas that govern personal identity and emotional responses to threats, neuroscientists have found.”

This would certainly explain how a hyper-partisan atmosphere breeds knee-jerk hostility, and agreement on anything becomes out of reach.

During their brain imaging sessions, participants were presented with eight political statements that they had said they believe just as strongly as a set of eight nonpolitical statements. They were then shown five counter-claims that challenged each statement.

The study found that people who were most resistant to changing their beliefs had more activity in the amygdalae (a pair of almond-shaped areas near the center of the brain) and the insular cortex, compared with people who were more willing to change their minds.
“The activity in these areas, which are important for emotion and decision-making, may relate to how we feel when we encounter evidence against our beliefs”, said Kaplan, a co-director of the Dornsife Cognitive Neuroimaging Center at USC.

“The amygdala in particular is known to be especially involved in perceiving threat and anxiety”, Kaplan added. “The insular cortex processes feelings from the body, and it is important for detecting the emotional salience of stimuli. That is consistent with the idea that when we feel threatened, anxious or emotional, then we are less likely to change our minds.”

Instead of treating a political subject like a normal debate topic – weighing factual evidence and its relation to other significant realities – it can quickly devolve into an irrational state. Lucidity is sacrificed as the goal becomes defeating “the other”.
As Aristotle said: “It is the mark of an educated mind to be able to entertain a thought without accepting it.” Sadly, this is becoming an endangered art.

The situation is ripe for exploitation by the propaganda machine to advance The Narrative. The corporatocracy and mainstream media thrive when people are distracted by meaningless argument and manufactured rage. Rational discussion is a threat to the establishment.

Now, what passes for the national discourse is nothing more than shouting matches by talking heads armed with the day’s talking points, as seen on cable TV ‘news’ channels. Amygdalas are running wild. When someone actually tries to parse an issue outside of the “us vs. them” scenario, it seems a foreign language to the audience.

Researchers involved in the study take a less pessimistic view, noting that the brain’s Default Mode Network also surges in activity when political beliefs are challenged.

“These areas of the brain have been linked to thinking about who we are, and with the kind of rumination or deep thinking that takes us away from the here and now”, said lead author Jonas Kaplan.

The researchers said that this study, along with one conducted earlier this year, indicate the Default Mode Network is important for high-level thinking about important personal beliefs or values.

“We should acknowledge that emotion plays a role in cognition and in how we decide what is true and what is not true” Kaplan said. “We should not expect to be dispassionate computers. We are biological organisms.”

Of course, he is correct that no argument is free of subjective experience, and this will play into how even the most rational person debates a topic. We can have a high degree of objectivity, but – just as science cannot achieve 100% certainty – we can never be 100% objective.
The functions of the amygdala and the default mode network of the brain are indeed critical to a high evolution state. There is certainly nothing “bad” about them.

However, the fact that political debate is linked to these powerful forces – emotional responses to threats and personal identity – means political discussions have even less chance of reaching a logical conclusion free of bias.

Now, more than ever, the U.S. seems gripped by political division. Thanks to science, we have a little more understanding of how Washington politicians can throw rationality out the window and yet be so effective at influencing the masses.