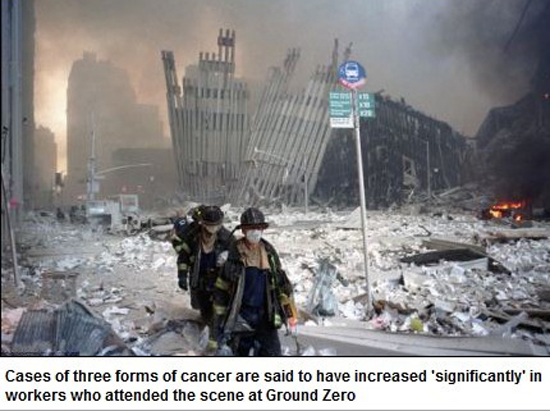 One of the investigators had been in New York for some time. He was living in Fort Lee, New Jersey.

The original team had been headed by John O’Neill, who had been tasked with hunting down Osama bin Laden but, in doing so, had stumbled on something very different going on, something he learned while working in Yemen. Veterans Today editors believe he learned that bin Laden had been traveling in and out of the US, something they have found to be confirmed, and that up to 9/11, bin Laden was actively employed by the CIA.

There are no active records of O’Neill working with Able Danger in Fort Lee, other than direct contact with his coworkers on that assignment who claim he was forced out, publicly accused of misplacing classified information, later recovered.

Questions survive, such as why was there no attempt to deal with the nuclear threat? There had been a story passed around during the late 1990s that Israel had been storing nuclear material, perhaps even weapons, at its consulate in New York. In 2007/8 the story began moving around the internet but never in relation to 9/11.

This we do know

We know that specialized nuclear devices suitable for use in this type of scenario had been designed by a team at the Los Alamos National Laboratories, weapons that left little or no residual radiation unless – as was the case after 9/11 – water was poured onto ground zero to cool the massive underground fires caused by melted steel mixed with liquefied granite in the form of magma, which persisted until January 2002.

Veterans Today have not been able to confirm this team as being part of the nuclear conspiracy but they have confirmed that the team leader was a primary proponent of the absurd “nano-thermite” theory of detonation.

We also know that a grand jury seated in Houston actively silences all involved in Able Danger, that being the very few who survived the series of “accidents” and other mishaps. All are under threat of imprisonment for violating the Patriot Act if information revealing US government complicity in 9/11 is revealed.

A key and highly confirmed aspect of this story is the ravaged American nuclear arsenal. That documentation is “out there” as is evidence of the use of nuclear weapons by Israel, the US and others on almost two dozen occasions since 1945, according to top level sources at the International Atomic Energy Agency.

Continue to more background on Fort Lee and this trip to the other side of the mirror: 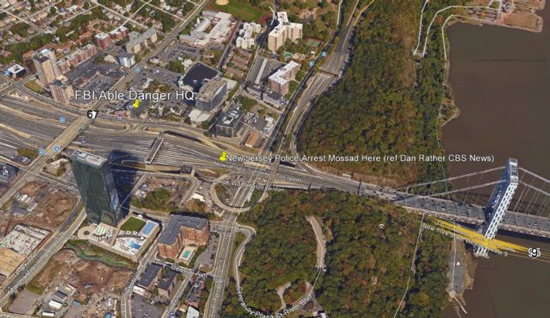 Map of arrest site from 9/11 as reported by CBS and CNN, only blocks from the Able Danger investigation offices 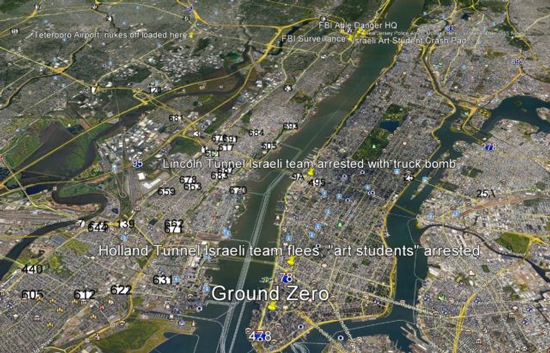 Fort Lee, from nuke smuggling to the triumvirate “dance of death”, the FBI, Mossad and Atta’s team

Fort Lee, New Jersey played a key role in 9/11. We are mapping out, using Google Earth, some of the incidents involved in presenting a rational response to the cover up, both the government version and the amateur “aftermarket” B-grade version. 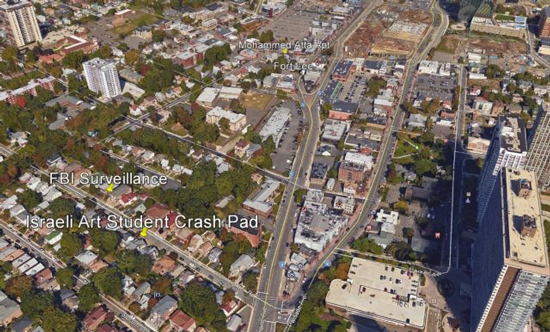 All major roadways in and out of New York were to be destroyed on 9/11. It was these teams, brought in from Israel, that included the Mohammed Atta group, confirmed as directly tied to both the CIA and Egyptian intelligence, that were under surveillance by a combined task force that coordinated with local law enforcement. 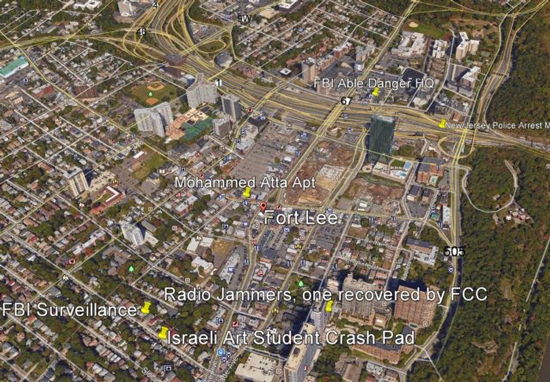 So, when thousands of pounds of explosives were placed inside the cable anchorage, teams were dispatched to disable these devices as soon as the attack at the World Trade Center began. 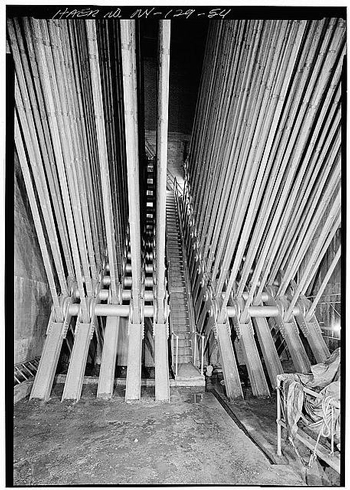 Simultaneous to the cutting of the cables, a massive truck bomb, as described in CBS and CNN news reports and police radio intercepts, was to explode (as heard, police reported this truck did explode), taking down the roadway supports, thus dropping the bridge “like a rock” into the Hudson River. 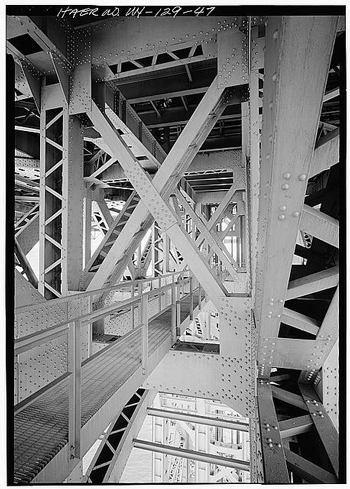 How to hide a nuke in a high rise building: make it look like a Halon fire extinguisher tank. 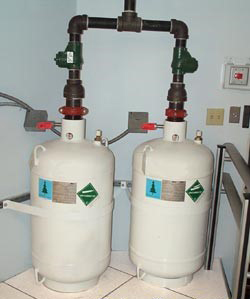 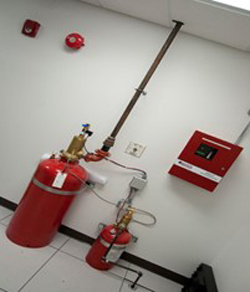 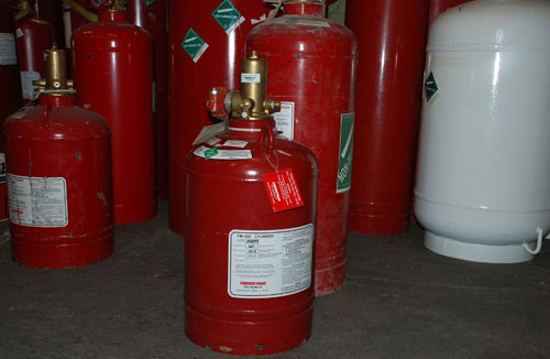 Both the Holland and Lincoln Tunnels were to be demolished on 9/11. We have only one arrest confirmation from the Manhattan side. NYPD roadblocks at the Lincoln Tunnel chased down a van that did a quick turn-around to avoid arrest. Two suspects were arrested with weapons and a truck filled with explosives.

Police commissioner Bernie Kerik, recently released from prison, was on the scene with his personal Counter Terrorism Squad to take custody. They were never seen since. 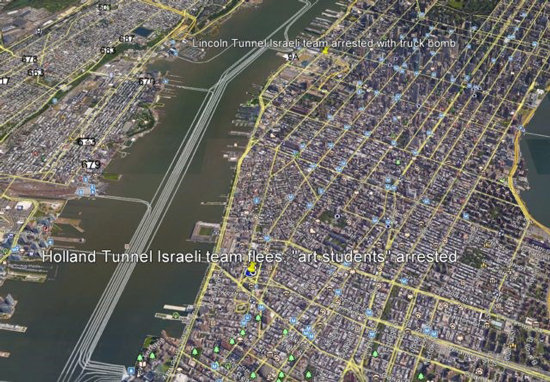 The Tunnel capers, more arrests and a police chase

In place local assets, some with direct connections to the Ukrainian “Kosher Mafia” or
1. Vehicles for hauling explosives;
2. Access to Transit Authority facilities, vehicles and personnel for planting explosives;
3. Cooperation with local condo/co-op security assuring unfettered access to rooftops. 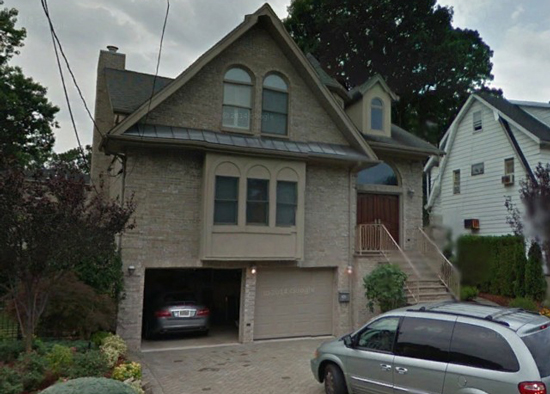 The “dancer/art student” groups had a variety of tasks on 9/11, among them. All but one team were returned to Israel after visiting Saudi Arabia. This was the alleged “bin Laden family” that Bush ordered a special plane for. There were no bin Laden family members in the US as Osama bin Laden had been on the official terror list for many years by 9/11.

Preparing the attacks was a story in itself:
– Offloading nuclear weapons at Teterboro;
– Transporting nukes to Ground Zero locations;
– Preparing truck bombs for George Washington Bridge, Lincoln and Holland Tunnels and GWB cable vault;
– Planting jammers on buildings on exhibit one to block Port Authority dispatchers and first responder radios;
– Plant explosives on the New Jersey side of the George Washington Bridge where the cables are anchored, in order to collapse the bridge;
– Coordinate with Mohammed Atta and his group with Saudi intelligence.

Of the three jammers locations, two of those planted were recovered by the Federal Communications Commission (FCC) and are held in evidence in Houston, Texas awaiting the “waiting until hell freezes over” Grand Jury to reconvene on Able Danger and 9/11. 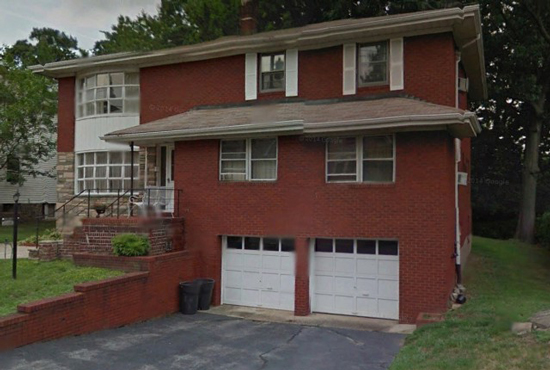 FBI sat across the street, having all 9/11 planning on audio and video, yet suppressed

Many remember the stories about how fire department radios didn’t work and how new radios would have taken care of the problem. This is the real reason for the radio problems. 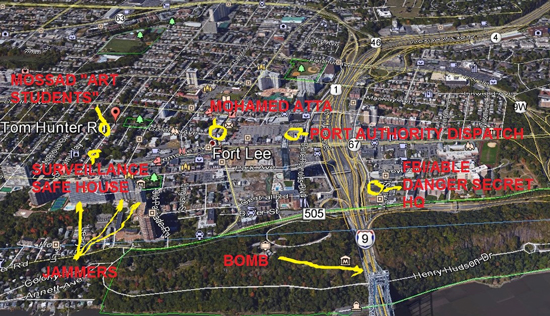 The locations on this map were supplied by Jeff Smith who worked at the surveillance safe house and at the FBI office shown above. The safe house on Tom Hunter road was strategically placed to keep track of the Mossad “art student” rental further up Tom Hunter Road and across the street. 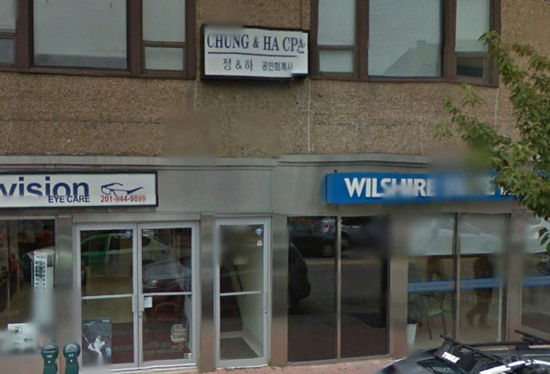 Mohammed Atta lived at 215 Main, four blocks over, within easy walking distance of the Israeli facility, the jammer targets and the bridge. He was across the parking lot from the Port Authority (220 Bruce Reynolds Road) which was within a “golf shot” of the FBI investigation offices.

It was the Port Authority that chose the security company that runs the Teterboro Airport, that waved through the cargos containing the nuclear devices for not only the trucks under the twin towers but those in the Halon extinguishers that took down building 7 as well. 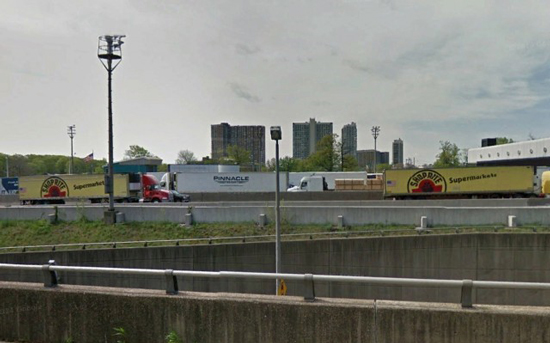 The real purpose of the 9/11 attack was much more than taking down the World Trade Center. Imagine New York City: the WTC “evaporated”, the George Washington Bridge sitting in the Hudson, the Lincoln and Holland Tunnels flooded, hundreds drowned and the city entirely cut off and in full panic mode while police and fire radios were jammed.

Were other attacks on Washington foiled as well? The White House or Capitol Building targets? Could martial law have been declared? Worse?

In the end Americans got the Department of Homeland Security (DHS). This reminds of the Len Deighton book, SS-GB, a fictional tale of Britain’s Scotland Yard working for the German SS after Hitler’s successful invasion of the UK. Americans got the DHS after losing a war with American Israel Public Affairs Committee (AIPAC). You just can’t make this stuff up!

Veterans Today requests that the officers who arrested the Israeli “suspects” with the “thousands of pounds of explosives” (as said on CNN) or who were captured “as the van exploded” come forward.

Veterans Today also asks that all the witnesses of the second plane that was allowed to fly out of the US that day come forward, to confirm that it carried the “exiting” Israeli team, including the above mentioned ones who were caught. We know who authorized the plane to leave, a key aspect of the operation, including the NY City law enforcement officials the performed some magic tricks that day.

Fort Lee is the real staging ground for 9/11. It was chosen for a good reason. News reports from 9/11 have been eliminated from archives, lists of terrorists caught then released at the orders of New York City and White House officials and flown out of the country are gone. Police who made the arrests are under gag order.

Moreover, a vast support network involved in the preparation, planning and support of the 9/11 attacks, including the many unsuccessful attacks, not only are enjoying their freedom: some are among the most powerful Americans.

The “condo and co-op” community there is the home of one of the largest and most politically powerful “Israeli first” groups in America including key members of the notorious organization JINSA, the Jewish Institute for National Security Affairs, reputed to be more influential than PNAC (Project for a New American Century) and far more militant.

An examination of JINSA shows it to be organized in cells like a terror group!

Is it a surprise that the George Washington Bridge, Fort Lee’s primary landmark and the “view” chosen for planting the radio jammers, was scheduled for a dramatic demolition on 9/11 with hundreds of commuter vehicles slated for the bottom of the Hudson River?

Since the 1930s, Fort Lee has been a “mob town” with the beginnings of “Murder Inc.” and the Albert Anastasia gang and Joe Adonis. It all began when New York Mayor LaGuardia threw the mob out of New York. The new George Washington Bridge provided a home for the mob in Fort Lee with gambling clubs lining the Palisades on both sides of the GW Bridge. 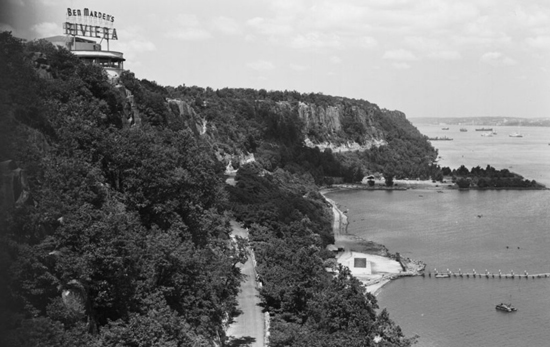 The fall of communism saw Russian/Ukrainian organized crime come to New Jersey, settling in Fort Lee. The Taiwanchik-Trincher group is an amalgamation of Israeli/Ukrainian/Cypriot gangs operating illegal gambling operations throughout the United States with ties to the Romney/Bain financial group.

From an indictment in Manhattan federal court:
“The Taiwanchik-Trincher Organization (the ‘Organization’) was a criminal enterprise with strong ties to Russia and Ukraine. The enterprise operated a high-stakes, illegal sports gambling business out of New York City that catered primarily to Russian oligarchs living in Ukraine and Russia. Between 2006 and April 2012, the enterprise laundered approximately $100 million in proceeds from their gambling operation in Russia and Ukraine through shell companies and bank accounts in Cyprus; and of this $100 million, approximately $50 million was subsequently sent from Cyprus into the United States. Once the money had been transferred to the United States, it was either laundered through additional shell companies or invested in legitimate investments, such as hedge funds and real estate.

The Taiwanchik-Trincher Organization operated under the protection of Alimzhan Tokhtakhounov, who is known as a ‘Vor’, a term translated as ‘Thief-in-Law’, that refers to a member of a select group of high-level criminals from the former Soviet Union. Tokhtakhounov is also under indictment in the Southern District of New York for his alleged involvement in bribing officials at the 2002 Winter Olympics held in Salt Lake City, Utah. Tokhtakhounov is a fugitive and is still being sought.”

With all this information being available in the alternative media on the internet, how come there is no real pressure from the citizens for the US government to finally admit to the horrific “false flag” of 9/11 and bring out the truth?