Breaking/Treason: Nuclear First Strike on America, It will be Israel 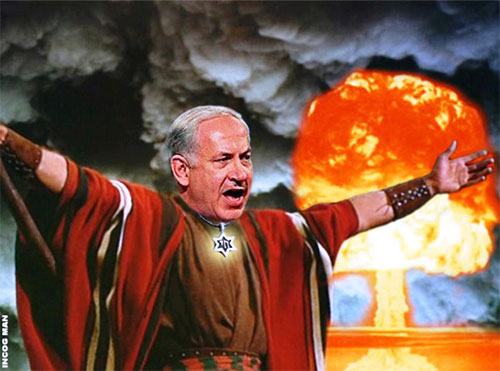 Note: This is one of the most disturbing pieces of news to be read in quite some time. Here we have a technological development, funded by the US government, that allows the crazy Israeli leadership to believe that in the event of a nuclear war, the population of Israel could be saved. This is disturbing because it makes more likely the possibility of Israel starting a nuclear war.

The US Army Corps of Engineers has spent billions of dollars of US taxpayers’ money to build a vast network of underground nuclear-proof shelters for the exclusive use of Israel’s Jewish population, including a command bunker for Netanyahu and his staff.

Israel has at least 10 ICBMs (intercontinental ballistic missiles – that they had help from India to build) in silos again constructed by the US Army Corps of Engineers, equipped with MIRVs (multiple independently targetable reentry vehicles) and an 11,000km range, specifically and only for use against North America. Pakistan’s ISI (Inter-Services Intelligence) obtained documents on this program and turned them over to the CIA in 2009.

Bottom line: the US is financing the inoculation of the Israeli population against retaliation in the event of a nuclear first strike against the United States.

A Biological Solution to the Iranian Threat

Sitting on stage at the Jerusalem Post Annual Conference in New York, innovator Yaky Yanay pulled a small glass vial out of his pocket – promising a solution to Iranian nuclear threats.

‘I have the solution in my pocket’, said Yanay, CEO and President of Pluristem Therapeutics.

The Haifa-based company, which aims to create ‘the next generation of biological therapeutic products’, specializes in harnessing placental cells to treat a variety of diseases using a three-dimensional platform. For one such ailment that Pluristem is targeting, Acute Radiation Syndrome, the company is currently conducting dose evaluation studies with the US National Institutes of Health’s NIAID PLX-R18 cells – the same cells in Yanay’s glass vial.

‘If we can inject these cells after exposure to radiation, we will be able to keep the entire population alive’, he said.

As Pluristem continues to delve into cell therapy research, the company is focusing on increasing longevity in the face of illnesses that today have no viable treatments. In addition, the company expressed hopes that the introduction of cell therapies could cut government healthcare costs significantly while improving care – offering accessible, safe and effective treatments.

‘The world is aging dramatically’, Yanay said. ‘We’ve doubled life expectancy in past 150 years and we need new technologies’.”

US to build mysterious ‘Site 911’ in Israel

The US Army Corps of Engineers plans to supervise construction of a five-story underground facility for an Israel Defense Forces complex, oddly named Site 911, at an Israeli Air Force base near Tel Aviv.
Expected to take more than two years to build, at a cost of up to $100 million, the facility is to have classrooms on Level 1, an auditorium on Level 3, a laboratory, shock-resistant doors, protection from nonionizing radiation and very tight security. Clearances will be required for all construction workers, guards will be at the fence and barriers will separate it from the rest of the base. 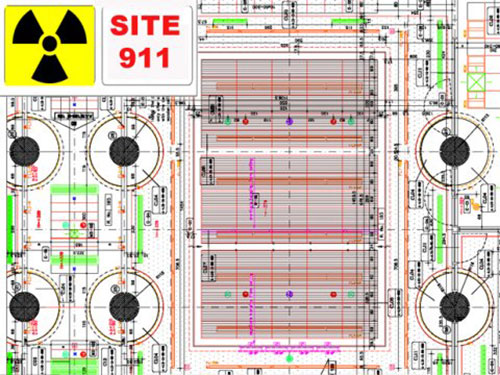 Only U.S. construction firms are being allowed to bid on the contract, and proposals are due Dec. 3, according to the latest Corps of Engineers notice.

Site 911 is the latest in a long history of military construction projects the United States has undertaken for the IDF under the U.S. Foreign Military Sales program. The 1998 Wye River Memorandum between Israel and the Palestinian Authority has led to about $500 million in U.S. construction of military facilities for the Israelis, most of them initially in an undeveloped part of the Negev Desert. It was done to ensure there were bases to which IDF forces stationed in the West Bank could be redeployed.

As recorded in the Corps’ European District magazine, called Engineering in Europe, three bases were built to support 20,000 troops, and eventually the Israeli air force moved into the same area, creating Nevatim air base. A new runway, 2.5 miles long, was built there by the Corps along with about 100 new buildings and 10 miles of roads.

Over the years, the Corps has built underground hangars for Israeli fighter-bombers, facilities for handling nuclear weapons (though Israel does not admit having such weapons), command centers, training bases, intelligence facilities and simulators, according to Corps publications.

Within the past two years the Corps, which has three offices in Israel, completed a $30 million set of hangars at Nevatim, which the magazine describes as a ‘former small desert outpost that has grown to be one of the largest and most modern air bases in the country’. It has also supervised a $20 million project to build maintenance shops, hangars and headquarters to support Israel’s large Eitan unmanned aerial vehicle.

Site 911, which will be built at another base, appears to be one of the largest projects. Each of the first three underground floors is to be roughly 41,000 square feet, according to the Corps notice. The lower two floors are much smaller and hold equipment.

Security concerns are so great that non-Israeli employees hired by the builder can come only from ‘the U.S., Canada, Western Europe countries, Poland, Moldavia, Thailand, Philippines, Venezuela, Romania and China,’ according to the Corps notice. ‘The employment of Palestinians is also forbidden,’ it says.

Among other security rules: the site ‘shall have one gate only for both entering and exiting the site’ and ‘no exit or entrance to the site shall be allowed during work hours except for supply trucks’. Guards will be Israeli citizens with experience in the Israeli air force. Also, ‘the collection of information of any type whatsoever related to base activities is prohibited’.

The well-known Israeli architectural firm listed on the plans, Ada Karmi-Melamede Architects, has paid attention to the aesthetics of the site design as well as the sensibilities of future employees. The site, for example, will be decorated with rocks chosen by the architect but purchased by the contractor. Three picnic tables are planned, according to the solicitation.

The Corps offered a lengthy description of the mezuzah-s the contractor is to provide ‘for each door or opening exclusive of toilets or shower rooms’ in the Site 911 building. A mezuzah is a parchment that has been inscribed with Hebrew verses from the Torah, placed in a case and attached to a door frame of a Jewish family’s house as a sign of faith. Some interpret Jewish law as requiring — as in this case — that a mezuzah be attached to every door in a house.

These mezuzah-s, notes the Corps, ‘shall be written in inerasable ink, on uncoated leather parchment’ and be handwritten by a scribe ‘holding a written authorization according to Jewish law’. The writing may be ‘Ashkenazik or Sepharadik’ but ‘not a mixture’ and ‘must be uniform’.

Also ‘the mezuzah-s shall be proof-read by a computer at an authorized institution for mezuzah inspection, as well as manually proof-read for the form of the letters by a proof-reader authorized by the Chief Rabbinate’. The mezuzah shall be supplied with an aluminum housing with holes so it can be connected to the door frame or opening. Finally, ‘all mezuzah-s for the facility shall be affixed by the Base’s Rabbi or his appointed representative and not by the contractor staff’.

What’s the purpose of Site 911? We asked the Pentagon, and the Corps said that only an Israeli Defense Ministry spokesman could provide an answer.

This might be a trend-starter. The Corps is also seeking a contractor for another secret construction project in Israel in the $100 million range to award next summer. This one will involve ‘a complex facility with site development challenges’ requiring services that include ‘electrical, communication, mechanical/HVAC (heating, ventilation, air conditioning) and plumbing’. The U.S. contractor must have a U.S. secret or equivalent Israeli security clearance for the project, which is expected to take almost 2 1/2 years to complete.

American media has just discovered its government is helping Israel build a ‘secret’ underground bunker. Site 911 will be equipped with aluminum-encased mezuzah-s. 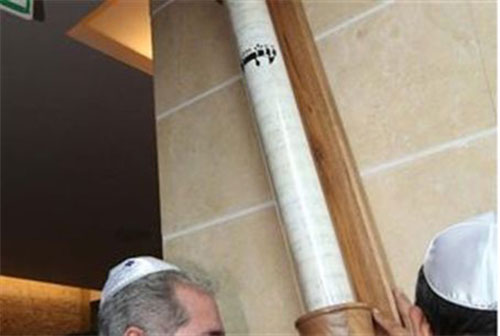 The tender for the construction project – a Request for Proposals in U.S. parlance – is worth about $100 million, according to the article written by venerated Pulitzer Prize-winning Washington Post journalist Walter Pincus.

Only workers from approved countries can participate in building the complex, which, in 2012, was estimated to take about two years to complete. No news about it since. The project was apparently to be funded with U.S. foreign aid.

For obvious reasons, tight controls are being exercised over who is accepted to work at the site.

Upon its completion, the 127,000-square-foot bunker, equipped with shock-resistant doors and fortified against radiation, is planned to contain five underground levels.

The compound will also include six buildings on the surface and comes complete with three outdoor picnic tables and various landscaping rocks, designed by Ada Karmi Melamede Architects.

In the underground facility, classrooms, a laboratory and an auditorium will be placed on the first three floors, under which will be two other, smaller floors.

A second, higher-security site is also being planned, at a similar cost but with greater technical complexities, to be called 911 Phase 2.”

Father Sets Himself on Fire to Protest Pedophile Elite

Condoleezza Rice is still a liar and a psychopath