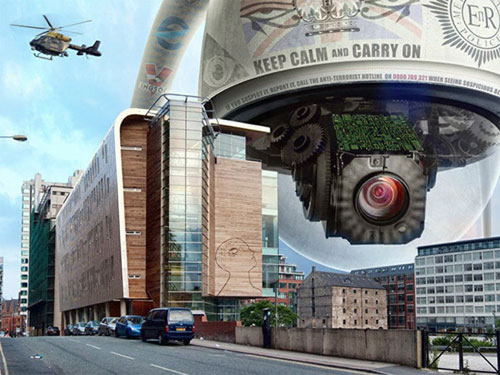 Until the revelations of Edward Snowden emerged just a few years back, in 2013, British citizens had no idea as to the level of state surveillance they were subjected to. The government, without due process, debate or permission, installed a massive taxpayer funded spying system via its domestic agency GCHQ (Government Communications Headquarters – British intelligence and security organisation), to tap into internet cables and build an enormous and detailed database of the communications of every man, woman and child in the country with little to no legal oversight. An ID system is no longer relevant – they have far more information than an ID card could ever store.

GCHQ’s 360 degree full spectrum bulk collection data system was constructed in brazen and arrogant defiance of Article 8 of the European Convention of Human Rights. Britain’s parliament never debated or approved this massive construction programme as it would for any national infrastructure project. Every phone call, no matter the device is recorded, every image, website visited, personal details such as medical and financial records, contacts, everything private to you is no longer private.

Under just one of dozens of surveillance programmes, one was called Optic Nerve that captured millions of images via webcams, illegally taken and stored. An undisclosed number, but estimated to be around one fifth of the population, were images that were “compromising in nature” including that of naked young children in their homes and intimate images between consenting adults. The government were found to have acted illegally for 17 years. These were crimes and no-one was prosecuted. The standard response by government is the need for “national security”.

And let’s not forget, terrorism is fundamentally a politically generated problem. Britain has been complicit in the destruction of Afghanistan, Iraq, Libya and the ongoing crisis in Syria – all of which are in now in total chaos and all of which are the real breeding grounds for terrorism. No amount of internet surveillance on people will deal with that, but the British people are now paying the price for that in more ways than one.

Although no-one truly knows the costs of UK state surveillance systems over its own population, it is estimated that the cost to the taxpayer just for the storage of all this data exceeds £20 million a month. And whilst GCHQ’s individual budget isn’t public knowledge, its funding comes from the Single Intelligence Account (SIA), which by all accounts has now reached something in the order £20 billion plus (£18 billion as at 2015).

One can only guess that provision for GCHQ’s funding is exponentially increasing in an age of austerity where the NHS (National Health Service – the publicly funded national healthcare system for England) is in chaos, emergency services such as the fire-brigade and ambulance services, to name just two, are being stripped bare or privatised. People are dying at the hands of the state and yet we are told there is no money to pay for these vital services. But the taxpayer is still funding bank-bailouts, wars in far-off lands that pose zero threat to national security and a new architecture of state surveillance constructed that would make the East German Stasi blush three decades ago. 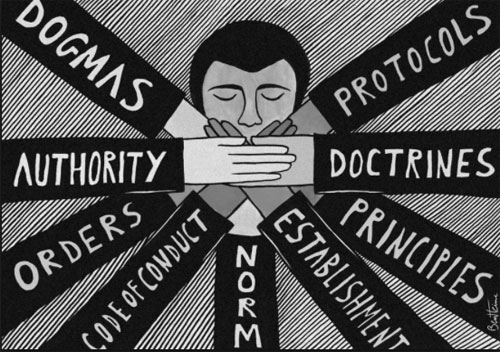 The government, both Labour and Tory, never had the intention of informing the country of the sheer scale of state surveillance, and it will continue to utilise illegal programmes irrespective of the law because it is only care of whistle blowers that we find out in the first place, now themselves the target of new legislation to silence them and the journalists who report these crimes.

Now we find, according to a report by civil liberties watchdog Big Brother Watch, that many secondary schools in England and Wales have installed “Classroom Management Software” not just in devices owned by the schools but by the pupils themselves.

Most English and Welsh secondary schools have installed software that apparently allows teachers to continually monitor their students’ internet activity. Most schools have failed in any way to inform the youngsters’ parents that they are being watched. No permission is asked of pupils.

In addition, through Freedom of Information requests the best guesstimate of the 8.2 million attending school was that 6 million were on a biometric database of some sort starting from the age of just four – and that was 10 years ago. By now one would expect that number to be close to 100% with facial recognition and other more recent technologies.

Why is Britain’s society under so much suspicion by its own government? The UK has one of the lowest homicide rates and ranked in the bottom quarter globally. The UK lies just inside the top third for terrorism deaths but still the number is exceedingly low. In fact, you are more likely to die by tripping over your underwear than die by the hand of a crazed terrorist. According the annual Peace Index, Britain even ranks inside the top one third for its overall “peacefulness”. For all of this, Britain’s quite peaceful people are under permanent suspicion by its own government.

But Britain does excel in some crimes. Take for instance the banking industry. Some of the biggest frauds in history have been facilitated by Britain’s biggest banks. They have facilitated the world biggest money laundering activities of the world’s biggest narcotics dealers, human traffickers, modern slavery, arms dealers, despots and dictators – much of which has left hundreds of thousands dead in their countries embattled by such crimes. The state has not gone after these Armani suited mobsters working in glass towers and living in London’s penthouses.

Amnesty International and Saferworld, both members of the Control Arms coalition have rightly accused the UK Government for breaking national, EU and international laws and policy by supplying weapons to nations whose human rights abuses and war crimes are prolific and well documented . No arrests here either.

And below is some commentary of those attempting to keep your civil liberties and human rights in place whilst you watch these fundamental rights being sliced away by a paranoid state who surely has much to hide from you, the law-abiding taxpayer.

“The passing of (investigatory powers bill) these laws has fundamentally changed the face of surveillance in this country. None of us online are now guaranteed the right to communicate privately and, most importantly, securely.”

“The UK now has a surveillance law that is more suited to a dictatorship than a democracy. The state has unprecedented powers to monitor and analyse UK citizens’ communications regardless of whether we are suspected of any criminal activity.”

“This government is sacrificing freedom of expression, the right to privacy, and other human rights in the name of security, and contributes to a very worrying trend of increasing attacks on press freedom in the UK in recent months. The ability to communicate securely is essential for investigative journalists, their sources, and whistle blowers. Eliminating encryption tools would have a broad chilling effect, and would serve as another damaging blow to investigative journalism in the UK.“

“Any discussions of a framework through which the security services can access our communications must be transparent. Knee-jerk political statements and rushed through deals are at best unhelpful at protecting our civil liberties and at worst a dangerous threat to them. The government risks eroding our freedoms at a time when it is alluding to a desire to protect them.”

David Anderson’s government-commissioned report in 2015 concluded that current surveillance legislation in the UK is “undemocratic, unnecessary, and – in the long run – intolerable,” and recommended that it be replaced with a new comprehensive law that is both transparent and proportionate, which did not happen. Indeed, in just two years Anderson’s worst fears have already materialised.

All of these civil liberty and human rights experts and activists know that this is not the way to manage a modern, progressive, outward looking nation fit for the 21st century – it’s a sinking ship full of paranoid salivating wolves looking to keep control of its unsuspecting flock.

Whilst reading this article it should have become apparent to you that YOU are under suspicion of being a criminal. And as it turns out you either are right now or will be. Don’t pat your dog on the head. Don’t feed a homeless person a sandwich out of either sympathy or pity. Don’t feed a pigeon in the park. Don’t throw a busker a few pence and God-forbid that you should try and pull the wool over the eyes of the local authority to get your child into a better school, or decide to join a protest group like Greenpeace out of concern for the environment – then you would be in very serious trouble, because all of these “crimes” are of “national security” interest, aren’t they! Ask yourself this question: Why exactly does my government treat me like this?

Look back into history and you might find some uncomfortable answers.

How To Prevent Your Government From Victimizing You