Cancer Is Caused By Chemicals, So Why On Earth Would You Use Chemicals To Fight It? 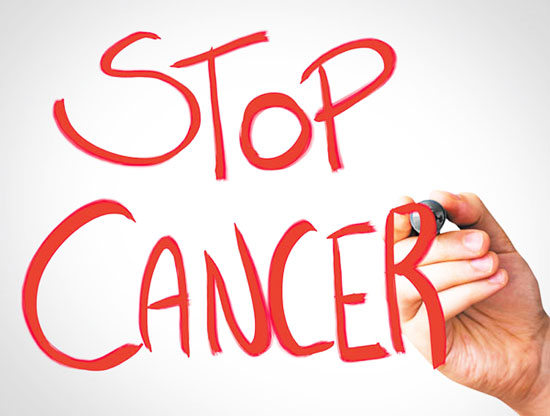 Americans are scared to death of cancer, and righteously so. Mutated cells that multiply uncontrollably can take over organs, including the most complex organ in the body, the brain. Nearly half of all Americans will get some form of cancer in their lifetime, and approximately half of those victims will die from it.

What if people found out today that many human beings who “die” from cancer die from the treatments given to them by medical doctors and oncologists, and from the continued consumption of more chemicals after those very same patients are diagnosed, operated on, treated with radiation, and prescribed chemotherapy?

Is this “the drip” right now? Let’s have an intelligent discussion and get to the root of this massive pandemic-style problem.

Big question: Would anyone try to put out a gasoline fire by throwing more gasoline on it? Nobody in their right mind would. So then why do millions of Americans believe chemotherapy is the first choice of care for cancer – a disease caused by the consumption of chemicals? It’s time for people to second guess everything mainstream media and “specialists” at that multi-million-dollar “top notch” facility keep preaching, and take a look at the chemicals you’re consuming.

If you could filter all of the chemicals out of everything you eat, drink, breathe in, and put on your body today, you could probably fill up a shot glass. Your filtering organs are being overwhelmed, your cells are getting choked out, and the cumulative effect of all of this is the mutation of cells that will eventually gang up and attack your good cells. Which cells will win the war?

Do you eat food every day that contains insect killer and weed killer? Genetically modified corn, soy, and canola are just a few of the known staple foods Americans consume daily that contain pesticides (in their genes) that come from chemicals.

How many prescription drugs do you take daily? Most of them are made in laboratories using chemicals. This process causes your body to be acidic on a continual basis, thus inviting cancer cells to proliferate. Many vaccines and most flu shots contain deadly chemicals, including mercury (listed as thimerosal), aluminum, and even formaldehylde – embalming fluid for the dead.

Many conventional meats in America must be treated with bleach and ammonia because when they come from the horrific mass-production factories (called CAFOs) they contain bacteria and viruses, including salmonella and E. coli. If you’re not eating organic meat and eggs, you’re probably consuming residual amounts of highly toxic chemicals.

Industrial-based chemical-loaded food coloring invades so many realms of food, medicine and candy in America it’s just insane. From gummy bears to cough syrup, and from kid’s cereals to birthday cake, people are shoveling chemicals into their bodies and wondering what went wrong, and if their “top notch” cancer specialist can save them.

Who thinks all organic food is safe, it’s wrong. Organic food imported from China is often loaded with heavy metal toxins from industry runoff. Organic canola oil comes from rapeseed, which is toxic to all humans. Poison doesn’t really matter if it’s “expeller pressed” or not.

If you need to lose weight, forget about products that say “light” or “zero” on the label, because they probably contain synthetic, artificial, lab-made, chemical-dosed sugar substitutes that cause cancer. You’ll be really light weight when you’re dying from cancer and chemotherapy. Want to lose weight? Eat only organic fruits and organic vegetables (no meat, no dairy, no gluten, no processed anything) for a few weeks and check the scale.

1. Chemical insecticides and herbicides, including GMOs and glyphosate

3. Bleach and ammonia in foods

6. Chemicals from automobiles and industries in cities

9. Nitrates and nitrites (chemical compounds commonly used to preserve meats)
And the number 10 (and maybe most popular) chemical that causes more cancer… Chemotherapy.

Let’s take an inside look at numbers 9 and 10 now. These are both powerful chemicals that should never be ingested for any reason, much less on a daily basis. There’s a powerful corrosion and rust inhibitor people use in wood stove boilers called sodium nitrate. This same chemical is used as part of a deadly bait developed by the USDA to poison wild hogs to death – and quickly.

Guess what? Sodium nitrate is found abundantly in most of the popular brands of sausage, lunch meat, sandwich ham, cured meats, hot dogs, and yes, bacon. According to scientific research, sodium nitrate consumption increases the risk of pancreatic cancer by nearly 70 percent. Combine those nitrates and nitrites with the amino acids in the meat, and then with the hydrochloric acid in the stomach and the formula turns into nitrosamines – the same stuff Big Pharma uses to induce cancer in lab rats for testing.

Are you a lab rat dying of cancer, while still running on the corporate “wheel” to find the cure? Sodium nitrite is so dangerous that cancer experts have declared processed meat entirely unsafe for human consumption. Stop eating chemicals!

Cancer is a warping of good cells, so badly that they turn and attack your good cells. As long as your body takes in chemicals, the “bad guys” get stronger and multiply even faster. Nearly every U.S. hospital brews and breeds cancer on multiple fronts.

First off, nearly all hospital food is processed, genetically modified, and severely lacking nutritional value. Children’s hospitals still serve hot dogs, knowing they cause cancer! Then, hospitals are breeding grounds for superbugs (bacteria and viruses like MRSA that are now immune to antibiotics and pharma drugs). So, God forbid someone gets cancer and goes to the hospital for “treatment,” it will be getting dosed with food that causes cancer, cancerous bacteria and viruses, and medicine that causes cancer too. How absurd.

Conventional cancer treatments involve treatments that yield a miserable three percent cure rate at best, while causing new cancers to develop elsewhere in the body. It gets worse. People suffering from cancer who get chemotherapy often end their lives in great pain. Chemo can trigger and catapult aggressive tumors too.

Chemotherapy literally reduces life expectancy and speeds up the deterioration of the immune system on the cellular level, all according to the reputable New York Academy of Sciences journal. Plus, breast cancer patients who opt out of chemo live four times longer! Millions of Americans die from chemo, but the hospitals say it was the cancer that “came back.” Okay, but what caused that cancer to come back? That is the question of questions to consider very carefully.

The old saying, “There’s safety in numbers” holds no water in the United States of America. The masses are the ones dying from cancer and chemo. People should seek natural remedies for an organic body and mind! They would do themselves a huge favor: “Don’t Eat Cancer” and it won’t eat you.