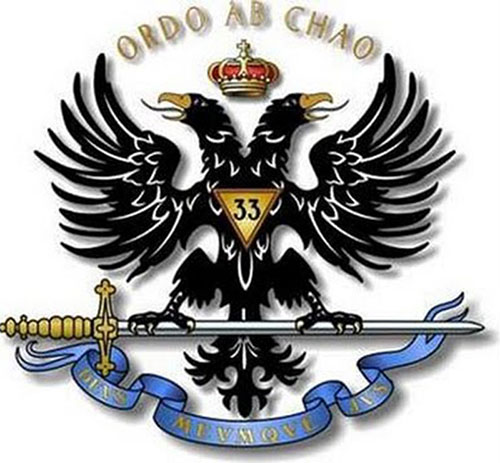 It’s certainly a sign of something when we take some measure of comfort in the fact that the world hasn’t quite ended yet… Everyone can feel it deep within. Whether it’s the fake news squawking their propaganda louder than ever, or protests and riots mixed with rumors of protests and riots, or wars of words between the US-crowned president and… well, almost everyone, things seem to be full-on crazy and getting crazier by the minute.

Don’t you just wish for some “normality” right now? Wouldn’t it be nice to go back to that bygone time of a couple of decades ago when the world didn’t seem so insane? That’s the trick. That’s exactly what you’re supposed to be feeling right now. Let’s explain.

You see, everyone in “conspiracy-land” is familiar with that old Masonic dictum, “ordo ab chao”. That’s Latin for “order out of chaos” and it refers to the tried-and-true method of would-be tyrants everywhere for moving society in a given direction. In short: generate chaos in order to provide the type of “order” you wanted all along.

In order to pass a Patriot Act, you need a 9/11. So, if you were a would-be tyrant who wanted to gain total control over the internet via an i-Patriot Act, what would you do? If you answered “Stage a cyber-9/11!” then give yourself a cookie; you get the idea. (Bonus points if you suggested appointing one of the key 9/11 cover-up artists to the position of “cyber-czar”.)

But there’s a corollary to “order out of chaos” that often gets overlooked: If you want to transition from one order to the next (an “old world order” to a “new world order”), then you need to create chaos. And the bigger the transition, the more havoc needs to be generated in order to bring it about.

To understand how chaotic things are, just look at a few of the radically different but equally plausible scenarios describing how things might unfold in the Trump era:

Scenario 1: Trump pivots to the Chinese boogeyman and buddies up with Putin, driving a wedge between the blossoming Sino-Russian friendship. Raising tariffs, rocking the boat on Taiwan and taking back the South China Sea by force convinces China (rocked by a plunging yuan and a stalling economy) to retreat back into their “Middle Kingdom” shell.

Scenario 2: Trump puts up stiff tariffs on Chinese goods and tells America’s proxies in the Asia-Pacific that if they want the US military umbrella they had better be willing to pay for it. China comes along offering its own free trade deal to fill the vacuum left by the retreating Americans. Other nations in the region (like the Philippines and even Australia) turn away from the US and embrace the new China-led Asia-Pacific order.

Scenario 3: Secretary of State Tillerson gets his way and the US labels Russia a danger that must be dealt with. Tougher sanctions lead to more wars of words and saber rattling. Sensing opportunity, Team Trump decides to flip the script with China, making concessions to allow Beijing more leeway in the South China Sea. In return, Washington demands (and receives) Chinese support for sanctions against Moscow, severing the emerging Beijing-Moscow axis.

And those are just the Asia-Pacific scenarios. We could go on, of course. And on and on, if need be.
Scenarios in which Iran becomes the next boogeyman for Uncle Sam, kicking off an even more serious level of confrontation with Russia in the Middle East, contrast with scenarios in which Trump realizes his “only Nixon could go to China” moment in Tehran, befriending the Iranians and re-normalizing relations in a bid to recoup some of the hundreds of billions of dollars in lost business as a result of frosty relations.

Scenarios where the “wave of populism” from 2016 translates into nationalist victories at the polls in Europe, putting the final nails in the coffin of the EU, contrast with scenarios where the EU redoubles its efforts and uses the migrant crisis or the Italian banking crisis (or whatever crisis) as an excuse to take more power. 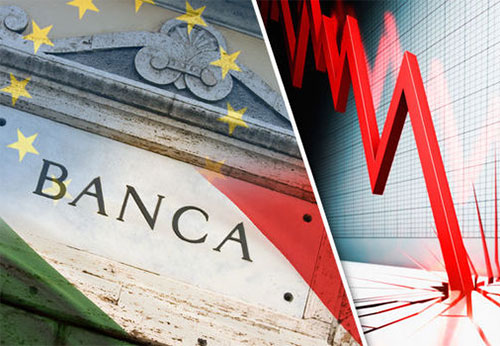 All of these scenarios are wildly different, some even contradictory. And yet they all seem equally plausible. In fact, they could all be wrong and something even more outrageous could be the story of 2017. If this ended up being the year of the first North Korean nuclear attack or the rise of a neo-Communist insurgency in the West or an all-out cyberwar between major powers or a fake alien invasion, who would even be surprised at this point? We’ve lost our sense of normal. There is only chaos.

Of course, we have to understand that we have been brought to this point for a reason. In order to get their new order, the powers-that-shouldn’t-be had to generate this current chaos. The unprecedented levels of social, political and economic tension we are experiencing right now are part of a game plan. To reset the chess pieces, the board has to be knocked over first.

This presents us with a glass-half-full/glass-half-empty situation. When the game board is overturned, the would-be tyrants waste no time in getting to work, trying to arrange things to their liking.

But their control is not total. At times like this, when the glacial status quo has been liquefied and everything is in flux, we have an opportunity for true change. This can be seen as more and more people have unplugged from the matrix and started to learn the truth about false flag terrorism, the central bank fraud, the creeping police state and other such vital issues. Often, they have been woken from their slumbers by a major shock to the system: a 9/11, a Lehman collapse, or some other chaos-generating incident. And so it is that those sowing the chaos may reap the whirlwind of an ever-more-awake public, rejecting the phony solutions that the so-called “elite” try to shove down its throat.

It’s a race between us and them, but in this window of opportunity there are more people than ever before who are at least receptive to hearing the truth.