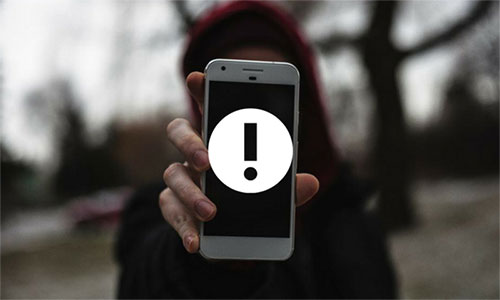 The French ANFR published online on June 1, 2017, a listing of cell phone data “details of make, model and test results for each cell phone that was tested, after months of legal action by French physician Dr. Marc Arazi.”

Popular brands such as Apple, Motorola, Samsung and Nokia were among the cell phone models tested. When tested in contact with the body, some phones had test results as high as triple the manufacturer’s previously reported radiation levels.

Dr. Arazi replied with the following statement as a result of a French court order to publish the results of cell phone radiation exposure when used next to the human body, as most cell phones are handled, even worn “live” in women’s bras, men’s trouser pants pockets, on belts, or anywhere on the body:

“As a physician, I am deeply concerned about what this means for our health and especially the health of our children. People have a right to know that when cell phones are tested in ways people commonly use phones – such as in direct contact with their body – the values exceed current regulatory limits. This is a first victory for transparency in this industry scandal.ˮ

Dr. Marc Arazi had the courage of heart and professional commitment to go where no one would go and he prevailed in a court of common sense, not like the courts, FCC and public utility commissions in the USA when it comes to vested-interest microwave technology pseudoscience! 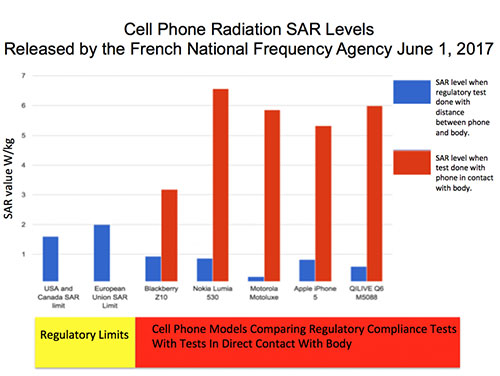 What should be the next logical step regarding microwave emissions, especially in the USA?

The next and certainly most logical step for protecting human health is to tie into the cell phone and microwave industry deceitful consensus science as promoted by industry shills, utility company AMI Smart Meters that are equated in a false way with the safety of cell phones.

After the disclosures regarding AMI Smart Meters, then it must be proceeded on to Wi-Fi and Gigahertz damage and then on to exposing G5 and Google’s Wi-Fi in the sky.

Is there fine print hiding within the cell phone instructions?

Legally, all microwave industry wavelength assaults should be prosecuted for assault and battery, which humans are exposed to unwittingly and deceitfully from thousands upon thousands of cell and mast towers dotting the landscape everywhere.

Medically such wavelengths can cause electromagnetic hypersensitivity (EHS) or idiopathic environmental intolerance (IEI), the term medical doctors use to diagnose, if they are astute and honest enough not to “drinkˮ and accept the microwave industry’s “cool aide”.

People nowadays are living in what may become known as the “non-thermal radiation wavelength” age, which is harming everybody, wildlife and the environment.