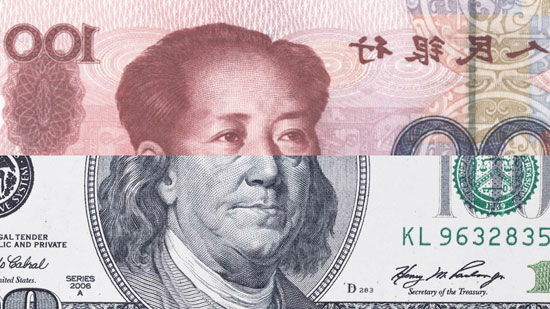 China has just launched this Spring the petro-yuan, a gold-backed currency directly challenging the US dollar signaling the beginning of the end of the American greenback.

In a massive move against the global dominance of the U.S. dollar, China’s highly anticipated Petro-Yuan has been launched in Shanghai. With China being the world’s largest consumer of oil, this new currency is an international game-changer that was a predicted move by China to directly compete – and subsequently devalue – the US dollar.

Analysts call the plan, announced by Beijing in September, a huge move against the dollar’s global dominance – and reserve currency status.

The Chinese government reportedly plans to allow the crude oil futures contract priced in yuan to be fully convertible into gold.

As TFTP reported at the time, in addition to serving as a hedging tool for Chinese companies, the contract will allow for increased use of the yuan in trade settlement.
These contracts will thus enable China’s trading partners to pay with gold or to convert yuan into gold without the necessity to keep money in Chinese assets or turn it into US dollars, according to Bloomberg.

Essentially, the new benchmark will allow exporters, such as Russia, Iran or Venezuela to avoid US sanctions by trading oil in yuan that is convertible to gold – thereby negating the hegemony of the petrodollar.

In March, trading of the new oil futures contracts for September settlement started on the Shanghai International Energy Exchange at 440.20 yuan ($69.70) per barrel, reports Chinese daily the South China Morning Post. Some 18,540 lots have reportedly been sold and purchased so far.

As Bloomberg reported, the Petro-Yuan is a direct challenge to the dollar’s dominance. However, whether or not it will have an immediate effect remains to be seen.

Shady Shaher, head of macro strategy at Dubai-based lender Emirates NBD PJSC, said it makes sense in the long run to look at transactions in yuan because China is a key market, but it will take years.

Bloomberg Gadfly columnist David Fickling argued that China doesn’t have “nearly the influence in the oil market needed to carry out such a coup.” On the other hand, paying in yuan for oil could become part of President Xi Jinping’s “One Belt, One Road” initiative to develop ties across Eurasia, including the Middle East. Chinese participation in Saudi Aramco’s planned initial public offering could help sway Saudi opinion toward accepting yuan, which is used in only about two percent of global payments.

Leading economist, Carl Weinberg, managing director at High Frequency Economics, went even further, predicting a major paradigm shift. Weinberg told CNBC last year that China will likely “compel” Saudi Arabia to abandon the petrodollar, and instead, begin trading oil in yuan – a move he said was likely to precipitate the rest of the oil market following suit and abandoning the U.S. dollar as the global reserve currency.

At the BRICs summit last year, Russian President Vladimir Putin expressed Russia’s support for the Petro-Yuan to specifically challenge the “unfairness” of the US dollar’s global dominance.

“Russia shares the BRICS countries’ concerns over the unfairness of the global financial and economic architecture, which does not give due regard to the growing weight of the emerging economies. We are ready to work together with our partners to promote international financial regulation reforms and to overcome the excessive domination of the limited number of reserve currencies.”

As the respected journalist/geopolitical analyst Pepe Escobar explained, “to overcome the excessive domination of the limited number of reserve currenciesˮ is the politest way of stating what the BRICS have been discussing for years now; how to bypass the US dollar, as well as the petrodollar.

“It is more of a game changer for the US. As soon as other nations have a real credible alternative to the US dollar, they can dump dollars and switch to the yuan which can spark a dollar crisis. If that happens, not only will there be inflation from the tariffs, but also from the flood of dollars,” Ann Lee, Adjunct Professor of Economics and Finance at New York University and author of the book ‘What the US Can Learn From China’, said.