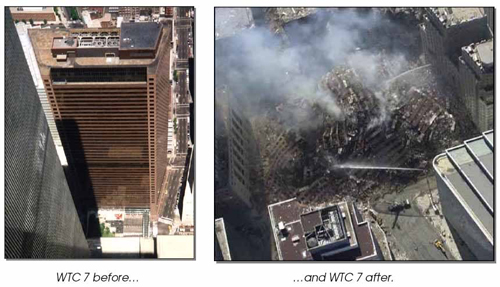 79-year-old retired CIA agent, Malcom Howard, has made a series of astonishing claims on his deathbed. Howard claims he was involved in the “controlled demolition” of World Trade Center 7, the third building that was destroyed on 9/11.

Howard, who worked for the CIA for 36 years as an operative, claimed he was tapped by senior CIA agents to work on the project due to his engineering background, and early career in the demolition business.
Trained as a civil engineer, he became an explosives expert after being headhunted by the CIA in early 1980s. Howard said he has extensive experience in planting explosives in items as small as cigarette lighters and as large as “80 floor buildings”.

The 79-year-old New Jersey native said he worked on the CIA operation they dubbed New Century between May 1997 and September 2001, during a time he says the CIA “was still taking orders from the top”. Mr. Howard said he was part of a cell of four operatives tasked with ensuring the demolition was successful.

Howard said the World Trade Center 7 operation is unique among his demolitions, as it is the only demolition that “we had to pretend wasn’t a demolition job”. He claimed he had no problem going through with the deception at the time, because “when you are a patriot, you don’t question the motivation of the CIA or the White House. You assume the bigger purpose is for a greater good. They pick good, loyal people like me, and it breaks my heart to hear the talk.”

But even he admitted that now, looking back, he reckoned that “something wasn’t right.”
“No good has come from this. This isn’t the America we envisioned.”, he continued.

Explaining how the building was bought down, Howard said: “It was a classic controlled demolition with explosives. We used super-fine military grade nanothermite composite materials as explosives. The hard part was getting thousands of pounds of explosives, fuses and ignition mechanisms into the building without causing too much concern. But almost every single office in the Building 7 was rented by the CIA, the Secret Service, or the military, which made it easier.”

Howard explained that WTC 7 was “loaded with explosives in strategic places” in the month leading up to the day that changed the course of American history. On September 11th, while the North and South towers burned, fuses were ignited in World Trade Center 7, and nanothermite explosions hollowed out the building, destroying the steel structure, removing the reinforcements, and allowing the office fires to tear through the rest of the building, hollowing it out like a shell.
World Trade Center 7 collapsed into its own footprint at 5:20 pm, seven hours after the destruction of WTC 1 and 2. The building shocked witnesses by coming down at the speed of freefall, indicating that it encountered zero resistance on the way down.

Howard and his colleagues had done their job. “When the building came down, it was such a rush. Everything went exactly to plan. It was so smooth. Everybody was evacuated. Nobody was hurt in WTC 7. We were celebrating. We kept watching replays of the demolition, we had the whiskey and cigars out, and then all of a sudden the strangest thing happened. We all started to worry that it looked a bit too smooth. We watched the tape again and again and again and we started to get paranoid. It looked like a controlled demolition. We thought ‘People are going to question this’. And then we heard that people from the street were reporting that they heard the explosions during the afternoon. Then we were told that the BBC botched their report and announced to the world that the building collapsed 20 minutes before it actually did… At that point we really thought the gig was up.” 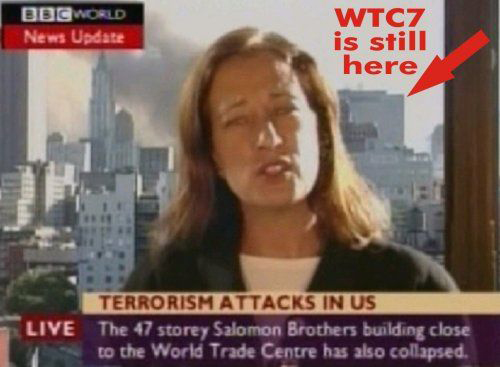 According to the official 9/11 report issued by the government, WTC 7 collapsed due to “uncontrolled fires” that were caused by debris that floated over from WTC 1 and 2, which had been hit by passenger planes. If the official narrative was true, WTC 7 would be the first tall building in the world to ever collapse due to uncontrolled fires, and the only steel skyscraper in the world to have collapsed into itself, due to “office fires”.

Howard and his colleagues feared the public would see through the official narrative and rise up against the government, demanding to be told the truth. “There were so many loose ends, so much evidence left behind. We thought the public would be all over it. We thought there would be a public uprising that the media couldn’t ignore. They’d be funding investigations and demanding to know why they were being lied to. We thought they’d find chemical composites in the area that would prove Building 7 was blown up.

We thought there would be a revolution. It would go all the way to the top, to President Bush. He’d be dragged out of the White House. But none of that happened. Almost nobody questioned anything. The media shot down anyone who dared question anything they were told.”

Howard claimed he had “no direct knowledge” about the destruction of North and South Towers of the World Trade Center, explaining that “CIA operations are very specific” and that it is common to be working on a larger project while only understanding a small piece of the puzzle. But he had advice for investigators seeking to understand the entire puzzle and work out who was behind the most devastating attack on American soil in history: “Follow the money.”

“When you want to find out who is behind something, just follow the money. Look at the trades made just before 9/11. These are the guys that knew what was coming. The sons of CIA agents, government officials. Close relatives of the most powerful men in America. Cheney, Rumsfeld. They all got rich. It wasn’t just the contracts awarded to their friends in the construction business and the wars and the kickbacks.” Howard said. “It was insider trading.”

Many countries including Britain, France, Germany, Italy, Japan and Monaco launched insider trading investigations in the wake of the 9/11 attacks, believing that if they could prove Al-Qaeda operatives profited on the stock market then they could prove the terror organization was behind the attacks. And all the evidence pointed to heavy insider trading around 9/11.

Even CNN reported that regulators were seeing “ever-clearer signs” that someone “manipulated financial markets ahead of the terror attack in the hope of profiting from it.” Howard said that a serious study of who profited on the stock market from 9/11 would “tear the heart out of the oligarchy in America.”
“There is only one organization that spans the entire world, and let me tell you now, it isn’t and it never was al-Qaeda.” It’s the CIA, he said. “There could never be a real investigation. The entire shadow government, as you call them now, are implicated.” 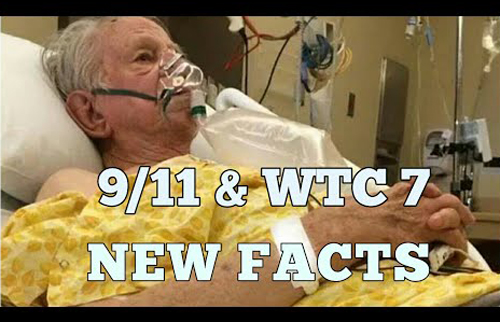 The 79-year-old, in his deathbed, said he knew he wouldn’t be taken into custody following his confession because “then they’d have to go after everyone else. They will just use the media to attack me. They are all on the payroll to suppress everything around 9/11.”

How Negative and Positive Emotions Affect Our Health and Energy