City of London during nighttime

The misplaced reverence to the ill formulated U.S Constitution and hidden subjugation back to the City of London is one aspect of history that is not taught in government schools or discussed in institutes of higher education.
This subject is probably new to most observers of the legacy from the Founding Fathers’ biggest mistake.

Now the case for the betrayal of the purpose of the American Revolution needs to be explored.

Author Michael Edward points out in an internet study: “Neither the American people nor the Queen of Britain own America. The Crown Temple owns America through the deception of those who have worn their allegiance by oath to the Middle Templar Bar.

The Crown Bankers and their Middle Templar Attorneys rule America through unlawful contracts, unlawful taxes, and contract documents of false equity through debt deceit, all strictly enforced by their completely unlawful, but ‘legal’ orders, rules and codes of the Crown Temple courts – the so-called ‘judiciary’ in America. This is because the Crown Temple holds the land titles and estate deeds to all of North America.”

Another author, James Montgomery, explains: “Many of you are aware that the laws of this nation (the US) and its states were made to be in compliance and submission to the laws of England, only modified by state and federal law. You can see in the state statutes from just a few of the original colonies, that this is the case. Are these what are called ‘ancient statutes’? Yes.

However, since the king’s Corporation is alive and well as are his heirs, so is his Trust and the law used to create and govern it. The law that governs his Trust can only be amended, no law could be enacted contrary to the king’s will and cestui que trust, the main corporate sole where office is always found, the Crown.

The king’s practice of granting lands in this country to those loyal to him continues, along with their land grants being protected by state ancient statutes which are still on the books. We (Americans) are governed by the king’s nobles just as in times of old England – self-proclaimed nobles and corporate trusts.

They rule this country and the world. The huge corporations have been granted power and liberty not known by the common man. The nobles, real and the created, occupy their possessions as fiduciaries and trustees of the king’s grants; only if they remain loyal to the system, their privilege and life style are their reward.”

Invest the time in discovering all the historic accounts, legal rulings and linkages that go back to the Crown aka the City of London. 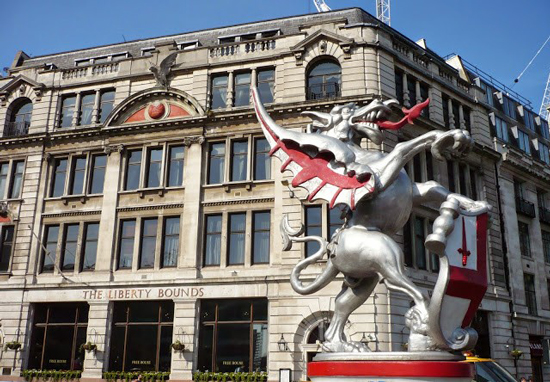 Take a quick refresher course on the actual nature of the financial foundation and codified sanction that purports to be lawful. Jurisprudence may be legal by the definition and formulations of the judicious barrister class, but it certainly is not founded on the basic principles of natural law.

Author Julian Websdale concludes: “The whole Earth is governed by The Crown, through Crown Colonies which belong to The City – The Crown Empire. It governs Africa and still governs China and India. The colonies of the Earth are really just Crown Colonies – The United States of America are states of The Crown.”

Now this interpretation may seem bizarre to most and the plot thickens in piecing together a long account of legalized equity mandates, as another internet study shows:

“The signed treaties and charters between Britain and the United States reveal that King James the First was not only famous for translating the Bible, but also for signing the first charter of Virginia in 1606.

That charter granted America’s British forefathers a license to settle and colonize America and guaranteed future kings and queens of England to have sovereign authority over citizens and colonized land in America.

The treaty of 1783 identifies the king of England as the prince of the United States. King George the Third gave up most of his claims over American colonies, but he kept his right to continue receiving payment for his business venture of colonizing America.”

Another report traces back the historic lineage of some of the Englishmen who founded America:

“To have the Declaration of Independence recognized internationally, Middle Templar King George III agreed in the Treaty of Paris of 1783 to establish the legal Crown entity of the incorporated United States, referred to internally as the Crown Temple States (Colonies). States spelled with a capital letter ‘S’ denotes a legal entity of the Crown.

At least five Templar Bar attorneys under solemn oath to the Crown signed the American Declaration of Independence. This means that both parties were agents of the Crown.”

As time proceeds, the sell out of the “shot heard around the world” revolution deepens. There were two Constitutions in the United States. The first was illegally suspended in favor of a Vatican & “Crown” corporation in 1871. This approving assessment of the Federal Constitution views a Shadow Government in place since 1871.

“Since 1871 the United States president and the United States Congress have been playing politics under a different set of rules and policies. The American people do not know that there are two Constitutions in the United States. The first was penned by the leaders of the newly independent states of the United States in 1776. On July 4, 1776, the people claimed their independence from the Crown (temporal authority of the Roman Catholic Pope) and Democracy was born.

The Congress realized that the country was in dire financial straits, so they made a financial deal with the devil – the Crown (a.k.a. City of London Corporation – established by the Catholic Church on Jan 1, 1855) thereby incurring a debt to the Pope. The conniving Pope and his bankers were not about to lend the floundering nation any money without some serious stipulations.

So, they devised a way of taking back control of the United States and thus, the Act of 1871 was passed. With no constitutional authority to do so, Congress created a separate form of government for the District of Columbia.
With the passage of the Act of 1871 a city state (a state within a state) called the District of Columbia (DC) located on 10 square miles of land in the heart of Washington was formed with its own flag and its own independent constitution – the United States’ secret second constitution.

City of London directly and indirectly controls all mayors, councils, regional councils, multi-national and trans-national banks, corporations, judicial systems (through Old Bailey, Temple Bar and the Royal Courts of Justice in London), the IMF, World Bank, Vatican Bank (through N. M. Rothschild & Sons London Italian subsidiary Torlonia), European Central Bank, United States Federal Reserve (which is privately owned and secretly controlled by eight British-controlled shareholding banks), the Bank for International Settlements in Switzerland (which is also British-controlled and oversees all of the Reserve Banks around the world including the American one) and the European Union and the United Nations Organization.

This introduction to the actual influence and pompous legal authority that underpins the financial hierarchy is based upon a historic explanation that is foreign to most Americans, and also to the people around the globe.

The implications are staggering and for this reason alone, most are not willing to do their own research. Do not get caught up in the uncanny departure from the usual rendering of reality.
Remember that the City of London’s coat-of-arms reads in Latin “Domine Dirige Nos” which translates: “Lord direct us”. The true question, however, is: Which deity do the soldiers of the Crown adore?