Doctors have had little training in alternative health or nutrition. They have also had a lack of encouragement to think for themselves. Therefore, when it comes to acting in the best interest of their patients, be it through ignorance, naivety or ties to Big Pharma, many doctors cannot be trusted. While the public becomes increasingly aware of this disturbing reality and its implications, most doctors still remain uninformed or stubbornly indifferent.

In light of this, here are 10 ways to stop your doctor from inadvertently killing you or your family:

Death by medicine is the third leading cause of death (heart disease and cancer are first and second). Prescribed drugs kill over 200,000 American patients a year through drug side-effects or doctor prescription errors. Most of these patients had blindly accepted the doctor’s orders to take the drugs. So it’s of the utmost importance to do your research prior to giving consent if you or your family are offered prescription drugs.

Following on from no. 1, find out if the prescribed drugs had been given health authorities approval. It may come as a shock to some that you (or your family) may be unsuspecting guinea pigs, having been prescribed unapproved drugs for drug trials. New drugs or surgical treatment techniques for that matter could be on the market without a scrap of evidence for their efficacy or safety. Find out if the treatment offered is safe, effective, really needed or if there are alternative approaches…

Warning: Doctors may be in the dark to the answers you are seeking. Beware of their attempts to cover up their lack of knowledge or they may give references to unreliable sources. Be prepared to look further afield.

3. Beware that health authorities approval could be meaningless

Don’t assume that health authorities approved drugs are safe. It’s astounding to know that research has revealed that around 33 percent of FDA approved drugs have been taken out of the market because they turned out to be seriously harmful to health due to side-effects.
How could anybody put their trust in the FDA when knowing that this approval body is in the pocket of Big Pharma and have a process with an abysmal 33 percent failure rate?

4. Don’t be bullied into accepting treatment

Remember, doctors have a number of reasons, particularly ulterior motives, to push their treatment on you or your family members. Vaccinations are a classic case. Besides the politicized health agenda and the increasing push for mandatory vaccinations which is an abuse of our health freedom, there are other ulterior motives.

The pharmaceutical companies selling the vaccines may offer bonus payments to doctors for reaching target numbers of vaccinated patients. Now, does that make the doctor anything more than a sales representative for the pharmaceutical company? What about the mounting evidence to support the claims that vaccines are harmful and have been shown to be ineffective?

Whether it’s to do with vaccines or other offered treatment, having done your research, as a patient, you should have the right to refuse by informed dissent.

5. To prevent your doctor from killing you and your family, stand up for your health rights

It’s worth remembering that patients’ rights are indeed human rights, as we are faced with rising medical fascism from the ruling establishments. For instance, if your doctor is trying to force vaccinations on you or your family there are a number of procedures you can take to not get vaccinated.

One way of getting your doctor to back down from attempting to vaccinate is to ask him/her to sign a document having words to effect that the vaccine is safe. Make sure your document has as much relevant detail as needed: patient’s credentials, doctor’s name, date, supplier of vaccine, product batch number, covering for any side adverse reactions… etc. 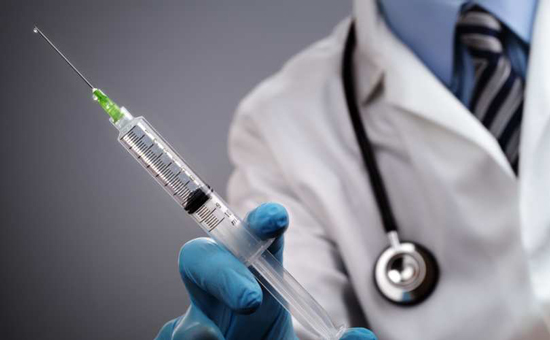 6. Make sure your research is not from biased sources

Discern the differences between biased pharmaceutical companies’ sponsored sources from other alternative health information. Don’t fall for the Big Pharma sponsored profit-based, biased and untrustworthy journals masquerading as having the definitive viewpoint…

Basically, conventional medicine is largely ineffective when approaching disease, treating the symptoms and not the root-cause… However, it is highly effective when it comes to the treatment of accidents or injuries. For examples, with ongoing technological advancements, it is excellent in prosthetics and also microsurgery…

8. Remember, doctors in their ignorance are known to steadfastly reject alternative naturopathic alternatives as effective treatment in spite of the evidence in support of their efficacy

Big Pharma cannot have their doctors treating patients with cheap, natural, alternative options. That would undercut their business. So these alternative approaches have to be ignored, invalidated (as already mentioned, in spite of their effectiveness) and suppressed. Hence the reason, for example, why doctors know very little about nutrition as a cure for disease, because of a lack of training in the Big Pharma owned and controlled medical schools.

9. Don’t be fooled by the doctor’s “neutrality”

Following on from no. 8 with an example: to get his opinion, you might say to the doctor: “You’ve heard that a certain alternative nutritional therapy has been highly successful?” His response could be something in the way of “There is still not enough evidence to prove the effectiveness of this therapy.” This response, one of “neutrality” on the alternative therapy, not giving it the thumbs up, could send you into confusion over what to do.

However, the truth is, because of his lack of training in this area, the doctor has no idea about the overwhelming evidence in support of nutrition as a therapy.

10. Remember, prevention is always the best form of cure

Make sure that you and your family eat a balanced diet of natural organic foods, stay well hydrated, handle stress levels, sleep well, exercise regularly, try to avoid toxicity and have an outlook on life that finds you in good spirit.

To prevent your doctor from killing you or your family you will have to think for yourself. Stay vigilant and aware. Fight for your health rights. The holistic approach makes all the sense in the world. You will have to make informed choices on health matters against a backdrop of the ulterior motives; greed, deception and ignorance driven by the medical establishment.