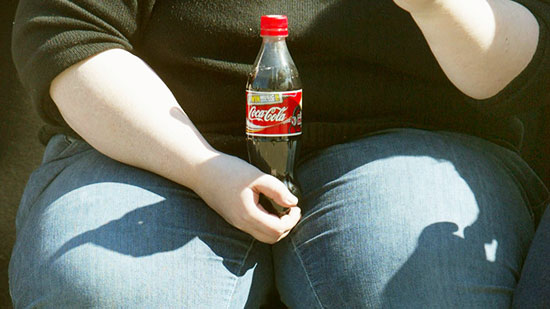 Industry money was used to covertly influence journalists with the message that exercise is a bigger problem than sugar consumption in the obesity epidemic, documents obtained under freedom of information laws show. The documents detail how Coca-Cola funded journalism conferences at a US university in an attempt to create favorable press coverage of sugar sweetened drinks. When challenged about funding of the series of conferences, the academics involved weren’t forthcoming about industry involvement.

For drinks manufacturers such as Coca-Cola, the idea that consuming their products is fine as long as you exercise – reinforced with expensive advertising campaigns associated with sport – has been an important one. As Yoni Freedhoff, assistant professor of medicine at the University of Ottawa, told The BMJ, “For Coca-Cola the ‘energy balance’ message has been a crucial one to cultivate, as its underlying inference is that, even for soda drinkers, obesity is more a consequence of inactivity than it is of regularly drinking liquid candy.”

The six figure bill for funding these journalism conferences was more than repaid in favorable press coverage, say critics. Documented evidence of the industry’s covert influence on the media is rare. In 2004, researchers examined secret documents made public during tobacco litigation. Attempting to derail the effect of the US Environmental Protection Agency’s 1993 report on secondhand smoke, the tobacco industry successfully placed stories in major print publications about the report’s “scientific weakness” to help “build considerable reasonable doubt… particularly among consumers” the researchers wrote. They concluded that even journalists can fall victim to well-orchestrated public relations efforts, regardless of the quality of the science used in these PR exercises.

Coca-Cola funding at the University of Colorado

The story begins with articles in the New York Times and Associated Press on the Global Energy Balance Network, a now defunct “science based” collaboration between Coca-Cola and university scientists to tackle the obesity crisis. The company donated 1 million dollars to the University of Colorado, home institution of the Global Energy Balance Network’s president, James Hill, a professor of pediatrics. After experts criticized the network as a Coca-Cola ploy to shift the public’s perception of the causes of obesity from diet and consumption of sugary drinks to lack of exercise, the network shut down in December 2015. The University of Colorado later returned the money to Coca-Cola, and the company now declares its funding to external organizations on a website.

Not yet reported are several journalism conferences the University of Colorado ran with funding from Coca-Cola. Emails and documents obtained by The BMJ under freedom of information laws show that Coca-Cola began approaching professors at the university in early 2011 in an attempt to sway journalists. The tactic bore fruit. In one example, a CNN reporter attended the 2014 journalism conference and later contributed to a story that argued that obesity’s cause could be lack of exercise, not consumption of sugary soft drinks. Critics told The BMJ that Coca-Cola’s $37,000 support for that particular conference and the resulting story was a better bargain than an advertisement placed on CNN’s website.

Emails between Hill and Coca-Cola in 2011 detail the planning for a journalism conference that took place in early February 2012. Almost 20 journalists attended the conference, with assistance from the non-profit, Washington DC based National Press Foundation.

Some months after the event, Hill emailed a Coca-Cola executive and described the conference as a “home run” adding: “The journalists told us this was an amazing event and they generated a lot of stories”. Hill continued: “You basically supported the meeting this year… I think we can get many more sponsors involved next year.”

Months later, the company agreed to send $45,000 to the University of Colorado Foundation for further support.
In August 2013, Hill emailed Coca-Cola about another journalism conference on obesity held with the National Press Foundation. Emails and questions to the foundation suggest that it did not know about these conversations with Coca-Cola. Hill wrote to the company: “The conference was a great success and even better than last year. These journalists came away with a much more realistic understanding of obesity. Thanks again for your support”. Hill apparently attached a report of the conference, as a Coca-Cola executive responded: “Have read the entire report – excellent. Count us in for next year”.

But one journalist, Kristin Jones, became concerned about how these conferences were funded and complained to the National Press Foundation. The foundation’s president, Bob Meyers, passed on her concerns to Hill and fellow professor John Peters. Meyers told the professors that Jones was upset to hear that Coca-Cola provided $10,000 for the 2014 journalism conference, which she attended, and added that he had told Jones “that all we know about funding is that it came from the University of Colorado Foundation”.

Peters then told the National Press Foundation by email: “The funding for this came from our general educational grant resources”. Months later, Peters emailed Coca-Cola executives a report on the 2014 journalism conference, thanking them for the “educational grant that supported this work”.

“I feel like I was lied to” Jones told The BMJ. Jones no longer works as a journalist but said that she would not have attended the conference had she known of Coca-Cola’s funding.

The National Press Foundation’s detailed report of the 2014 conference included comments from reporters who attended and listed stories they later wrote. At the top of the report is a prominent quote from reporter Jen Christensen of CNN: “You had all the rock stars of the obesity topic – the quality of the speakers you chose was incredible. Never have I been to such a helpful fellowship.” The report notes that, months after the conference, Christensen contributed to a CNN story titled: “Soda makers want to cut calories, but is diet really better?”
Christensen did not return repeated requests to comment for this story, nor did a reporter from National Public Radio who also attended. 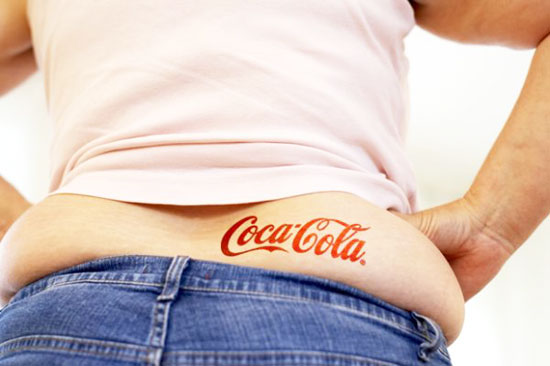 Ottawa University’s Yoni Freedhoff commented: “It’s great business for Coca-Cola to fund the indoctrination of journalists in Coca-Cola friendly dogma, a fact I’d wager was clear to those experts who helped Coca-Cola to hide their involvement.”

The organizer of the conferences for the National Press Foundation was Bob Meyer, who has left the group. He did not respond to requests for comment. The foundation is now run by Sandy Johnson, who said by email that “a more appropriate sponsor of a journalist training program would be an organization such as Mayo Clinic, which did just that in February 2016”.

After reviewing several of the documents, including the final 2014 report, Marion Nestle, professor of nutrition and public health at New York University, said that journalists should have realized that the program was an industry event because of the choice of speakers and topics covered. One panel, for instance, featured representatives from McDonald’s and Coca-Cola discussing their corporate initiatives on obesity. Journalists appear to have been misled, but they should not have been so gullible, Nestle added. “Overall, this looks like an industry meeting framed as science, and the journalists bought into it. Coca-Cola got its money’s worth on this one.”

A Coca-Cola representative said that in September 2015 the company disclosed on its website the $45,000 funding to the University of Colorado for the journalism training program in the spring of 2012. Before 2015 it wasn’t clear where the funding for the journalism program was coming from. The University of Colorado told that the university funded the 2014 journalism conference with $37,500 provided primarily by Coca-Cola Company for the Global Energy Balance Network. A university spokesperson told: “Essentially funding for the conference came from a gift from Coke.”
Hill and Peters have not responded to requests for comment.