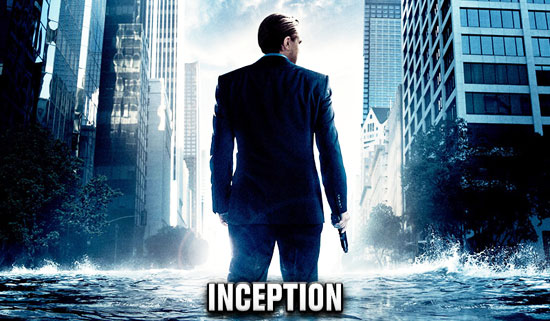 In Christopher Nolan’s captivating and visually dazzling film Inception, a practitioner of psychic corporate espionage must plant an idea inside a CEO’s head.

The process is called inception, and it represents the frontier of corporate influence, in which mind spies no longer just “extract” ideas from the dreams of others, but seed useful ideas in a target’s subconscious.

Inception is a well-crafted piece of futuristic sci-fi drama, but some of the ideas it imparts are already deeply embedded in the American [Western] subconscious.

The notion of inception, of hatching an idea in the mind of a man or woman without his or her knowledge, is the kernel of propaganda, a black “artˮ practiced in the States [West] since the First World War. Today we live beneath an invisible cultural hegemony, a set of ideas implanted in the mass mind by the state and its corporate media over decades.

Invisibility seems to happen when something is either obscure or ubiquitous. In a propaganda system, an overarching objective is to render the messaging invisible by universalizing it within the culture.

Difference is known by contrast. If there are no contrasting views in your field of vision, it’s easier to accept the ubiquitous explanation.

The good news is that the ideology is well-known to some who have, for one lucky reason or another, found themselves outside the hegemonic field and are thus able to contrast the dominant worldview with alternative opinions.

On the left, the ruling ideology might be described as neoliberalism, a particularly vicious form of imperial capitalism that, as would be expected, is camouflaged in the lineaments of humanitarian aid and succor.

In a short span of time in the 1970s, dozens of think tanks were established across the western world and billions of dollars were spent proselytizing the tenets of the Powell Memo in 1971, which galvanized a counter-revolution to the liberal upswing of the Sixties.

The neoliberal economic model of deregulation, downsizing, and privatization was preached by the Reagan-Thatcher junta, liberalized by the Clinton regime, temporarily given a bad name by the unhinged Bush administration, and saved by telegenic restoration of the Obama years.

The ideology that underlay the model saturated academia, notably at the University of Chicago, and the mainstream media, principally at The New York Times. Since then it has trickled down to the general populace, to whom it now feels second nature.

Today think tanks like the Heritage Foundation, the Brookings Institute, Stratfor, Cato Institute, American Enterprise Institute, Council on Foreign Relations, Carnegie Endowment, the Open Society Foundation, and the Atlantic Council, among many others, funnel millions of dollars in donations into cementing neoliberal attitudes in the American [Western] mind.

The ideological assumptions, which serve to justify what you could call neocolonial tactics, are relatively clear: the rights of the individual to be free of overreach from monolithic institutions like the state. Activist governments are inherently inefficient and lead directly to totalitarianism.

This conception of markets and individuals is most often formulated as “free-market democracy,” a misleading conceit that conflates individual freedom with the economic freedom of capital to exploit labor.

So when it comes to foreign relations, American and western aid would only be given on the condition that the borrowers accepted the tenets of an (highly manipulable) electoral system and vowed to establish the institutions and legal structures required to fully realize a western market economy.

These demands were supplemented with notions of the individual right to be free of oppression, some fine rhetoric about women and minorities, and somewhat more quietly, a judicial understanding that corporations were people, too.

Together, an unshackled economy and an unfettered populace, newly equipped with individual rights, would produce the same flourishing and nourishing demos of mid-century America that had been the envy of humanity. 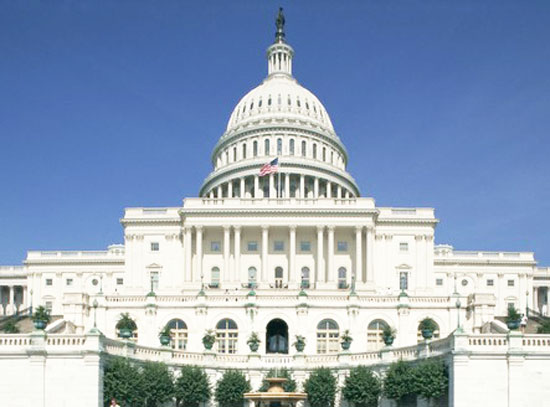 This ‘Washington Consensus’ is the false promise promoted by the West. The reality is quite different. The crux of neoliberalism is to eliminate democratic government by downsizing, privatizing, and deregulating it.

Proponents of neoliberalism recognize that the state is the last bulwark of protection for the common people against the predations of capital. Remove the state and they’ll be left defenseless.

Think about it. Deregulation eliminates the laws. Downsizing eliminates departments and their funding. Privatizing eliminates the very purpose of the state by having the private sector take over its traditional responsibilities. Ultimately, nation-states would dissolve except perhaps for armies and tax systems.

A large, open-border global free market would be left, not subject to popular control but managed by a globally dispersed, transnational one percent. And the whole process of making this happen would be camouflaged beneath the altruistic stylings of a benign humanitarianism.

Globalists, as neoliberal capitalists are often called, also understood that democracy, defined by a smattering of individual rights and a voting booth, was the ideal vehicle to usher neoliberalism into the emerging world. Namely because democracy, as commonly practiced, makes no demands in the economic sphere.

Socialism does. Communism does. These models directly address ownership of the means of production. Not so democratic capitalism.

This permits the globalists to continue to own the means of production while proclaiming human rights triumphant in nations where interventions are staged. The enduring lie is that there is no democracy without economic democracy.

What matters to the one percent and the media conglomerates that disseminate their worldview is that the official definitions are accepted by the masses. The real effects need never be known. The neoliberal ideology (theory) thus conceals the neoliberal reality (practice).

And for the masses to accept it, it must be mass produced. Then it becomes more or less invisible by virtue of its universality.

A Pretext for Pillage

Thanks to this artful disguise, the West can stage interventions in nations reluctant to adopt its platform of exploitation, knowing that on top of the depredations of an exploitative economic model, they will be asked to call it progress and celebrate it.
Washington, the metropolitan heart of neoliberal hegemony, has numerous methods of convincing reluctant developing nations to accept its neighborly advice.

To be sure, the goal of modern colonialism is to find a pretext to intervene in a country, to restore by other means the extractive relations that first brought wealth to the colonial north. The most common pretexts for intervention depict the target nation in three distinct fashions.

First, as an economic basket case, a condition often engineered by the West in what is sometimes called, “creating facts on the ground.”

Second, the West funds violent opposition to the government, producing unrest, often violent riots of the kind witnessed in Dara, Kiev, and Caracas.

The goal is either to capsize a tottering administration or provoke a violent crackdown, at which point western embassies and institutions will send up simultaneously cries of tyranny and brutality and insist the leader step aside. Libya, Syria, and Venezuela are instructive in this regard.

Given that the U.S. traffics in WMDs, bioweapons, and nuclear energy itself, insisting others forsake all of these is perhaps little more than racially motivated despotry. But significant fear mongering in the international media will provide sufficient moral momentum to ram through sanctions, resolutions, and inspection regimes with little fanfare.

Once the pretext is established, the appropriate intervention is made. There’s no lack of latent racism embedded in each intervention. Something of Edward Said’s Orientalism is surely at play here; the West is often responding to a crude caricature rather than a living people.

One writer, Robert Dale Parker, described western views of Asia as little more than, “a sink of despotism on the margins of the world.” Iran is incessantly lensed through a fearful distrust of the ‘other’, those abyssal Persians.

Likewise, North Korea is mythologized as a kingdom of miniature madmen, possessed of a curious psychosis that surely bears no relation to the genocidal cleansing of 20 percent of its population in the Fifties, itself an imperial coda to the madness of Hiroshima.

The interventions, then, are little different than the missionary work of early colonizers, who sought to entrap the minds of men in order to ensnare the soul. Salvation is the order of the day. The mission worker felt the same sense of superiority and exceptionalism that inhabits the mind of the neoliberal.

Two zealots of the age peddling different editions of a common book. One must carry the gospel of the invisible hand to the unlettered minions. But the gifts of the enlightened interloper are consistently dubious.

It might be the loan package that effectively transfers economic control out of the hands of political officials and into the hands of loan officers, those mealy-mouthed creditors referred to earlier. It may be the sanctions that prevent the country from engaging in dollar transactions and trade with numberless nations on which it depends for goods and services.

Or it might be that controversial UNSC resolution that leads to a comprehensive agreement to ban certain weapons from a country.

Stipulations of the agreement will often include a byzantine inspections regime full of consciously-inserted trip wires designed to catch the country out of compliance and leverage that miscue to intensify confrontational rhetoric and implement even more far-reaching inspections. 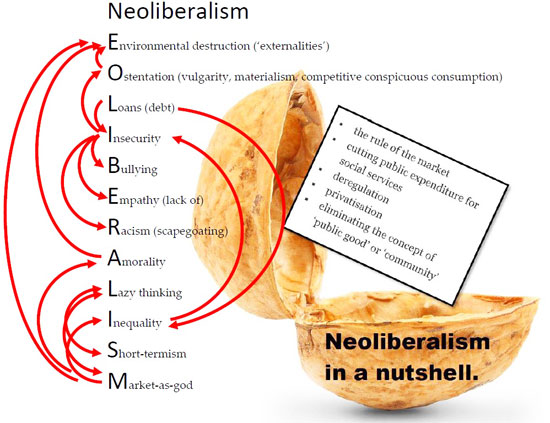 The benign-sounding structural adjustments of the West have fairly predictable results: cultural and economic chaos, rapid impoverishment, resource extraction with its attendant ecological ruin, transfer of ownership from local hands to foreign entities, and death from a thousand causes.

The U.S. is currently sanctioning around 30 nations in some fashion; dozens of countries have fallen into ‘protracted arrears’ with western creditors; and entire continents are witnessing huge outflows of capital – on the order of $100B annually – to the global north as debt service.

The profiteering colonialists of the West make out like bandits. The usual suspects include Washington and its loyal lapdogs, the IMF, World Bank, EU, NATO, and other international institutions, and the energy and defense multinationals whose shareholders and executive class effectively run the show.

So why aren’t Americans [Westerners] aware of this complicated web of neocolonial domination?

Italian communist Antonio Gramsci, who pioneered the concept of cultural hegemony, suggested that the ruling ideologies of the bourgeoisie were so deeply embedded in popular consciousness that the working classes often supported leaders and ideas that were antithetical to their own interests.

Today, that cultural hegemony is neoliberalism. Few can slip its grasp long enough to see the world from an uncolored vantage point.

You’ll very rarely encounter arguments like this leafing through the Times or related broadsheets. They don’t fit the ruling dogma, the Weltanschauung (worldview) that keeps the public mind in its sleepy repose.

But French-Algerian philosopher Louis Althusser, following Gramsci, believed that, unlike the militarized state, the ideologies of the ruling class were penetrable. He felt that the comparatively fluid zones of Ideological State Apparatuses (ISAs) were contexts of class struggle.

Within them, groups might attain a kind of ‘relative autonomy’, by which they could step outside of the monolithic cultural ideology. The scales would fall. Then, equipped with new knowledge, people might stage an inception of their own, cracking open the cultural hegemony and reshaping its mythos in a more humane direction.

This seems like an imperative for modern American [Western] culture, buried as it is beneath the hegemonic heft of the neoliberal credo.

These articles of false faith, this ideology of deceit, ought to be replaced with new declarations of independence, of the mind if not the mainstream.