Conscience-body connection during meditation can now be measured

There are some “scientists” out there who believe that the conscience-body connection is complete pseudoscience. This is very strange, especially given the fact that countless peer-reviewed studies published by many reputable scientists and institutions have shown a direct connection between our conscience and our body. 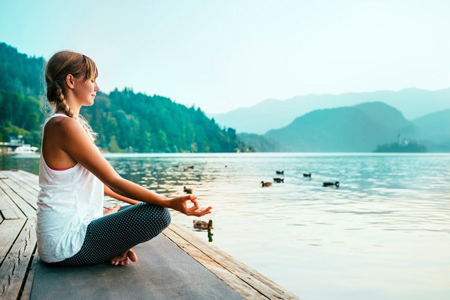 We’ll get to some more examples later in the article, but first let’s draw attention to a group of researchers who say they’ve developed a way to measure the physiological phenomena associated with mindfulness-based stress reduction. They have proven the real-time physiological effects of spiritual practice, specifically the way heart and brain activity actually synchronize.

Physicists have also shown multiple times that consciousness is directly connected with out physical material world.

For example, a paper published in the peer-reviewed journal Physics Essays explains how this experiment has been used multiple times to explore the role of consciousness in shaping the nature of physical reality. It showed that meditators were able to collapse the quantum wave function at a distance.

This study showed: “Observations not only disturb what has to be measured, they produce it. We compel [the electron] to assume a definite position. We ourselves produce the results of measurement.”

“We talk about whether your conscience and body are in harmony, but there is no systematic way of measuring this. We now can say with some kind of certainty that when you’re practicing MBSR your heart and your brain become more synchronized and that’s very good for you.”

The “one of its kind” paper was published in the scientific peer-reviewed journal JoVE Video Journal, which focuses mainly on study methodology. It’s big on the issue of reproducibility in biomedical science.

Hung’s team recruited 11 graduate studies who signed up for an eight-week long course on mind-body stress reduction (MBSR). They were not experienced meditators. They were connected to an electroencephalogram (EEG) and electrocardiogram (ECG), which collected data while they were practicing MBSR as well as when they were breathing normally. One measures brain activity, the other measures heart rate.

This research can now be included in a growing number of publications that are being put out on the conscience-body connection. It’s definitely a trend and a newer area of interest for science, and yet another example of ancient wisdom being confirmed by modern day science.

“In our daily life when we become stressed the sympathetic nervous system kicks into action and suppresses the parasympathetic nervous [system]. Through this research we found out the practice of MBSR was able to synchronize these two systems, which is a good thing.”

It’s similar to the studies that have been conducted on mass meditation and prayer. As far as their effects on physical systems, numerous publications have yielded statistically significant results. For a selected list of downloadable peer-reviewed journal articles reporting studies of this type of phenomena, mostly published in the 21st century, you can click here. 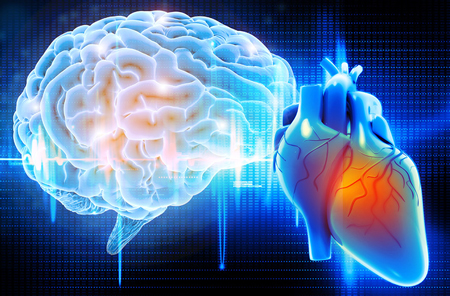 The study above showed heart-brain synchronicity, and it’s not the first to do so. Scientists over at the HeartMath Institute have been studying the same aspect, and, according to Dr. Rollin McCraty, Director of Research at the Institute:

“Research findings have shown that as we practice heart coherence and radiate love and compassion, our heart generates a coherent electromagnetic wave into the local field environment that facilitates social coherence, whether in the home, workplace, classroom or sitting around a table. As more individuals radiate heart coherence, it builds an energetic field that makes it easier for others to connect with their heart. So, theoretically it is possible that enough people building individual and social coherence could actually contribute to an unfolding global coherence.”

Their research has shown that when we practice positive emotions, the heart sends out a unique signal to the brain. There are actually multiple ways the heart communicates with the brain, and the signals it sends are triggered by our thoughts, feelings, and emotions.

David Paterson, Ph.D. a professor at Oxford University, also works in this field. His research shows that your brain is not the sole source of your emotions, but rather, your heart and brain work together to produce them.

They emphasize that the heart communicates with the brain in four major ways:

Epigenetics (the study of changes in organisms caused by modification of gene expression) has shown us that genes and DNA do not control our biology, but rather, DNA is controlled by signals from outside of the cell, which include the messages that stem from our thoughts. One of the lea-ding authorities on how our emotions can regulate genetic expression is cellular biologist Bruce Lipton. He gives a fantastic and thorough explanation in his books The Biology of Belief and Spontaneous Evolution.

The placebo effect is another great example, and one aspect of epigenetics. According to Lipton:
“The placebo effect should be the subject of major, funded research efforts. If medical researchers could figure out how to leverage the placebo effect, they would hand doctors and efficient, energy based, side effect-free tool to treat disease. Energy healers say they already have such tools, but I am a scientist, and I believe the more we know about science of the placebo, the better we’ll be able to use it in a clinical setting.”

In a book written by theoretical nuclear physicist Dr. Amit Goswami, titled The Quantum Doctor, Deepak Chopra explains this phenomenon in the forward, outlining one of multiple studies showing some remarkable results:

“In one study, a group of patients suffering from chronic severe nausea were given a drug that they were told was an anti-nausea agent. Normally, in a placebo trial half the patients would be randomly selected to receive the drug while other half received a dummy pill. As expected, more than 30% percent of the subjects who took the dummy poll reported that their nausea was alleviated. Only this pill, they had been given an emetic, a drug that promotes nausea. So powerful was their belief, however, that it somehow reduced their symptoms – or to be more accurate, their minds reduced nausea in the face of a drug that should have made them vomit.”

As Garth Cook from Scientific American points out:
“A growing body of scientific research suggests that our mind can play an important role in healing our body – or in staying healthy in the first place. There are now several lines of research suggesting that our mental perception of the world constantly informs and guides our immune system in a way that makes us better able to respond to future threats. That was a sort of ‘aha’ moment for me – where the idea of an entwined mind and body suddenly made more scientific sense than an ephemeral consciousness that’s somehow separated from our physical selves.” 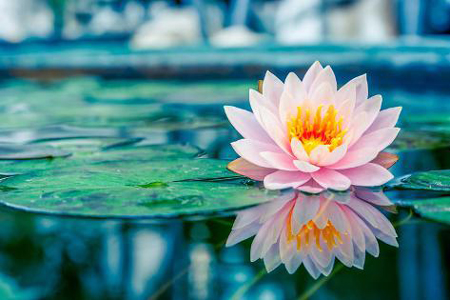 This is exactly why we say that transformation starts with you. Many people on this planet are miserable, which we know is not good for health and can lead to harmful biological effects. This is how powerful the conscience-body connection really is. Not only that, but as the HeartMath Institute has shown, our emotions can actually trigger a physiological response in another person.

The bottom line is that our thoughts, emotions, and feelings play a huge role in how our physical material world manifests itself. That role may be as big as shaping the collective human experience and as small as affecting our own biology.

Despite these findings, we are never taught how to manage our emotions in school. These concepts are practically unknown, which is why people are so quick to scoff at them. But the science behind these concepts is stronger, even stronger than the science we deem the most credible.

For example, in 1999, a statistics professor at UC Irvine published a paper showing that parapsychological experiments have produced much stronger results than those showing a daily dose of aspirin helps prevent a heart attack. She also showed that these results are much stronger than the research behind various drugs like antiplatelets, for example. This begs the question, why are psi experiments only marginally acknowledged or even known of by the mainstream scientific community if the evidence for ESP (for example) is stronger than that for the effectiveness of popular drugs?

Cassandra Vieten, PhD and President/CEO at the Institute of Noetic Sciences, provides some insight into why this might be the case:
“There seems to be a deep concern that the whole field will be tarnished by studying a phenomenon that is tainted by its association with superstition, spiritualism and magic. Protecting against this possibility sometimes seems more important than encouraging scientific exploration or protecting academic freedom. But this may be changing.”

The more we work on keeping an open mind and cultivating a state of inner peace, the more we help transform our planet.