Mass media is the most powerful tool used by the ruling class to manipulate the masses. It shapes and molds opinions and attitudes and defines what is normal and acceptable. This article looks at the workings of mass media through the theories of its major thinkers, its power structure and the techniques it uses, in order to understand its true role in society. 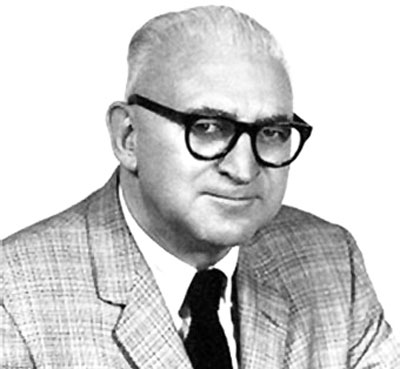 By this model, Lasswell indicates that in order to properly analyze a media product, one must look at who produced the product (the people who ordered its creation), who was it aimed at (the target audience) and what were the desired effects of this product (to inform, to convince, to sell, etc.) on the audience.

Using a Rihanna video as an example, the analysis would be as follows: WHO PRODUCED: Vivendi Universal; WHAT: pop artist Rihanna; TO WHOM: consumers between the ages of 9 and 25; WHAT CHANNEL: music video; and WHAT EFFECT: selling the artist, her song, her image and her message.

The pertinent analyzes of videos and movies place a great importance on the “who is behind” the messages communicated to the public. The term “Illuminati” is often used to describe this small elite group covertly ruling the masses. Although the term sounds quite caricatured and conspiratorial, it aptly describes the elite’s affinities with secret societies and occult knowledge.

However, we don’t like using the term “conspiracy theory” to describe what is happening in the mass media. If all the facts concerning the elitist nature of the industry are readily available to the public, can it still be considered a “conspiracy theory”?

There used to be a variety of viewpoints, ideas and opinions in popular culture. The consolidation of media corporations has, however, produced a standardization of the cultural industry. Ever wondered why all recent music sounds the same and all recent movies look the same? The following is part of the answer: 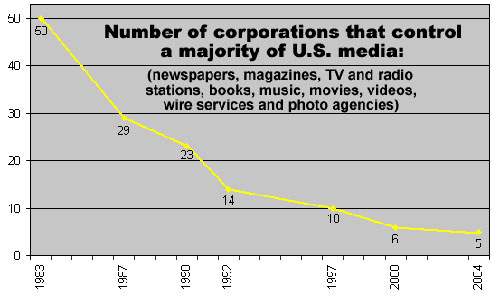 As depicted in the graph above, the number of corporations owning the majority of U.S. media outlets went from 50 to 5 in less than 20 years. Here are the top corporations evolving around the world and the assets they own.

“A list of the properties controlled by AOL Time Warner takes ten typed pages listing 292 separate companies and subsidiaries. Of these, twenty-two are joint ventures with other major corporations involved in varying degrees with media operations.

The Walt Disney Company controls eight book house imprints under Walt Disney Company Book Publishing and ABC Publishing Group; seventeen magazines; the ABC Television Network, with ten owned and operated stations of its own including in the five top markets; thirty radio stations, including all the major markets; eleven cable channels, including Disney, ESPN (jointly), A&E, and the History Channel; thirteen international broadcast channels stretching from Australia to Brazil; seven production and sports units around the world; and seventeen Internet sites, including the ABC group, ESPN.sportszone, NFL.com, NBAZ.com, and NASCAR.com. Its five music groups include the Buena Vista, Lyric Street, and Walt Disney labels, and live theater productions growing out of the movies The Lion King, Beauty and the Beast, and King David.” – Ibid.

A limited number of actors in the cultural industry means a limited amount of viewpoints and ideas making their way to the general public. It also means that a single message can easily saturate all forms of media to generate consent (i.e. “there are weapons of mass destruction in Iraq”).

The Standardization of Human Thought

The merger of media companies in the last decades generated a small oligarchy of media conglomerates. The TV shows we follow, the music we listen to, the movies we watch and the newspapers we read are all produced by FIVE corporations. The owners of those conglomerates have close ties with the world’s elite and, in many ways, they ARE the elite. By owning all of the possible outlets having the potential to reach the masses, these conglomerates have the power to create in the consciousness of the people a single and cohesive world view, engendering a “standardization of human thought”.

Even movements or styles that are considered marginal are, in fact, extensions of mainstream thinking. Mass media produce their own rebels who definitely look the part but are still part of the establishment and do not question any of it. Artists, creations and ideas that do not fit the mainstream way of thinking are mercilessly rejected and forgotten by the conglomerates, which in turn makes them virtually disappear from society itself. However, ideas that are deemed to be valid and desirable to be accepted by society are skillfully marketed to the masses in order to make them become self-evident norm.

“The American motion picture is the greatest unconscious carrier of propaganda in the world today. It is a great distributor for ideas and opinions. The motion picture can standardize the ideas and habits of a nation. Because pictures are made to meet market demands, they reflect, emphasize and even exaggerate broad popular tendencies, rather than stimulate new ideas and opinions. The motion picture avails itself only of ideas and facts which are in vogue. As the newspaper seeks to purvey news, it seeks to purvey entertainment.” – Edward Bernays, Propaganda. 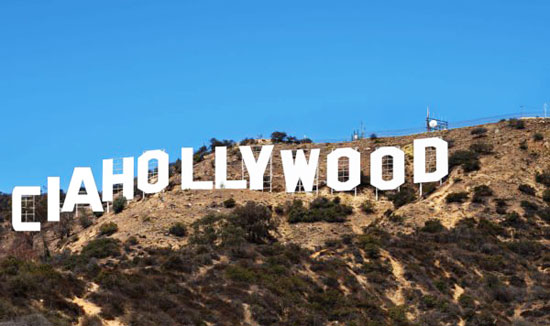 These facts were flagged as dangers to human freedom in the 1930’s by thinkers of the school of Frankfurt such as Theodor Adorno and Herbert Marcuse. They identified three main problems with the cultural industry. The industry can:
1. reduce human beings to the state of mass by hindering the development of emancipated persons, who are capable of making rational decisions;
2. replace the legitimate drive for autonomy and self-awareness by the safe laziness of conformism and passivity; and
3. validate the idea that men actually seek to escape the absurd and cruel world in which they live by losing themselves in a hypnotic state self-satisfaction.

The notion of escapism is even more relevant today with advent of online video games, 3D movies and home theaters. The masses, constantly seeking state-of-the-art entertainment, will resort to high-budget products that can only be produced by the biggest media corporations of the world. These products contain carefully calculated messages and symbols which are nothing more and nothing less than entertaining propaganda. The public have been trained to LOVE its propaganda to the extent that it spends its hard-earned money to be exposed to it. Propaganda (used in both political, cultural and commercial sense) is no longer the coercive or authoritative communication form found in dictatorships: it has become the synonym of entertainment and pleasure.

“In regard to propaganda the early advocates of universal literacy and a free press envisaged only two possibilities: the propaganda might be true, or it might be false. They did not foresee what in fact has happened, above all in our Western capitalist democracies — the development of a vast mass communications industry, concerned in the main neither with the true nor the false, but with the unreal, the more or less totally irrelevant. In a word, they failed to take into account man’s almost infinite appetite for distractions.” – Aldous Huxley, Preface to A Brave New World.

A single piece of media often does not have a lasting effect on the human psyche. Mass media, however, by its omnipresent nature, creates a living environment we evolve in on a daily basis. It defines the norm and excludes the undesirable. The same way carriage horses wear blinders so they can only see what is right in front of them, the masses can only see where they are supposed to go.

“It is the emergence of mass media which makes possible the use of propaganda techniques on a societal scale. The orchestration of press, radio and television to create a continuous, lasting and total environment renders the influence of propaganda virtually unnoticed precisely because it creates a constant environment. Mass media provides the essential link between the individual and the demands of the technological society.” – Jacques Ellul.

One of the reasons mass media successfully influences society is due to the extensive amount of research on cognitive sciences and human nature that has been applied to it.