Countries that have banned glyphosate

Many countries around the world have taken the lead in banning glyphosate, which is believed by some experts to lead to cancer and other diseases in humans and animals. Some of the countries that have imposed bans or restrictions on the chemical include the following (the list is continuously updating)… 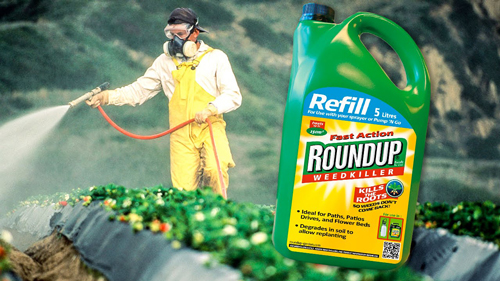 Argentina: In Argentina, about 30,000 doctors demanded the prohibition of glyphosate in their country since the chemical is associated with cancer, spontaneous abortions, birth defects, skin diseases, respiratory illness, and neurological disease.

Brazil: In August 2018, a judge in Brasilia stated that new products with glyphosate could not be registered in Brazil. Current regulations for the chemical also were suspended, pending a review of toxicological data by the country’s health agency – Anvisa. In September 2018, a court in the country overturned the federal judge’s ruling. Anvisa recently issued a statement after the court decision to overturn the ruling, saying it would take steps in response.

Canada: Eight of the 10 provinces in Canada have some type of restriction on the use of non-essential pesticides, such as glyphosate. Vancouver recently issued a ban on the public and private use of the chemical.

Columbia: In 2015, the country outlawed the use of the chemical to destroy plantations if illegal coca, which is the raw ingredient for cocaine. But in January 2017, the country restarted its glyphosate fumigation program to destroy coca. However, the new program does not allow for aerial fumigation; it must be manually sprayed on the ground.

France: In January 2019, France has banned the sale, distribution and use of Roundup. The French agency for food, environmental and occupational health and safety, ANSES, issued a brief statement on the matter, confirming the decision on January 15.

Greece: This was one of the nine EU countries that voted against the relicensing of glyphosate in November 2017. The country also was one of the six EU states that signed a letter in 2018 that called for an exit plan for the chemical. According to the Greek Minister of Agricultural Development, it is the duty of the government to push towards risk management in the interests of the environment, consumers and producers. However, in March 2018, the Greek government approved a five-year license for Roundup to be used in the country.

Italy: The Ministry of Health has put several restrictions on glyphosate use. Legislators here also have raised concerns about how safe glyphosate is, and have opposed the relicensing of the herbicide in the EU. In 2016, the government banned the use of the chemical for pre-harvest treatments and put restrictions on the use of the chemical in areas that the public frequent. In November 2017, it was one of the seven EU countries to vote against relicensing the chemical.

Luxembourg: One of the biggest supermarket chains in the country took glyphosate from shelves after the IARC glyphosate report came out. This country was one of nine in the EU that voted against relicensing the chemical in November 2017.

Malta: This country began the process of starting a total ban on glyphosate in 2017. But the Environment Minister backtracked that year, saying the nation would keep opposing use of the chemical but would fall in line with the EU and wait for more studies to be done. In November 2017, Malta was one of the nine EU countries that voted to relicense the chemical.

Netherlands: This nation has banned all non-commercial use of glyphosate. The Netherlands prohibited the herbicide after hearing the arguments of Party for Animals, an organization that focuses on animal rights issues.

New Zealand: Auckland and Christchurch have passed laws to reduce the use of glyphosate for pest and weed control in public spaces. The Physicians and Scientists for Global Responsibility in the country called for the chemical to be banned in 2015.

Portugal: It is banned to use glyphosate in all public areas. The President of the Portuguese Medical Association has also called for a ban of the substance. 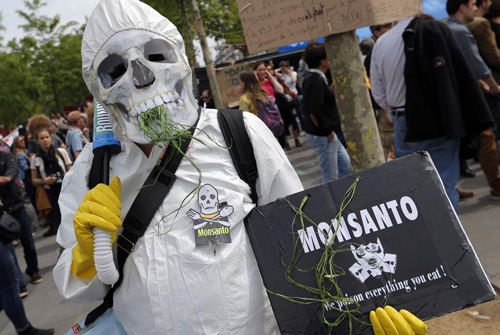 Slovenia: One of six EU member states that signed a 2018 letter to the EC citing concerns about risks associated with the chemical. The letter asked the Commission to come up with an exit plan for glyphosate.

Spain: Barcelona, Madrid, Zaragoza and Extremuda have agreed to ban the chemical. The regions of La Rioja and Aragon have also approved motions against chemicals that disrupt the endocrine system, including glyphosate.

Sri Lanka: The President of Sri Lanka banned the use of glyphosate nationwide to protect the health of its citizens. The herbicide has been linked to a quintuple increase in the prevalence of chronic kidney disease (CKD) in the nation and resulted in about 20,000 deaths in northern Sri Lanka.

Sweden: Increasing concerns about the chemical and its safety has made the country to push against relicensing the herbicide in the EU. In 2017, the Swedish Chemicals Agency announced that it would tighten rules on the private use of plant protection products. Under this plan, private users would be allowed to use products that have low risk substances in them. The SCA stated that glyphosate is an example of an active substance that would not be expected to be in the low risk group. So, over time, it is likely that consumers would not be allowed to use any herbicide that contains glyphosate.

Switzerland: Concerns about the well being of the public, major supermarket chains Micgros and Coop took glyphosate-based products from their shelves in 2017 because of health risks. The Green party also issued a plan to ban the substance in Switzerland. However, the proposed plan was rejected by the Federal Council.

Vietnam: On March 25th, 2019, Vietnam has announced that it has banned the import of all glyphosate-based herbicides with immediate effect following the latest cancer trial verdict from San Francisco, in a move which has shaken Bayer’s Asian market for its top-selling product.

United States: No ban, yet, or probably ever.

In 2015, the World Health Organization’s International Agency for Research on Cancer (IARC) identified glyphosate as a potential carcinogen to humans. They found a strong association between glyphosate and non-Hodgkin lymphoma, which is a type of blood cancer that affects the white blood cells called lymphocytes. Lawsuits against Roundup — Monsanto’s flagship product — began piling in after the IARC report. Over 1,100 people all over the U.S. have filed lawsuits against Monsanto. Allegedly, exposure to Roundup caused them to develop non-Hodgkin lymphoma. There are more than 50 lawsuits against Monsanto that continue to pile up in the U.S. District Court in San Francisco.

Moreover, the glyphosate manufacturer is also facing a class action lawsuit in Wisconsin after six consumers claimed that Roundup was falsely promoted as safe when it actually caused adverse impacts on human gut bacteria.

The California Environmental Protection Agency’s Office of Environmental Health Hazard Assessment confirmed that glyphosate would be added to California’s Proposition 65 list of chemicals known to cause cancer.

Glyphosate is an herbicide that is used on the leaves of plants. It is the most widely-used chemical for this purpose, with more than 10 million tons having been sprayed on fields to date.

It was first approved for use in the United States in 1974. It was initially produced by Monsanto and is best known as the active ingredient in the company’s Roundup herbicides. It will kill most plants since it is a non-selective herbicide, which prevents the plants from producing the important proteins that they need for plant growth. This chemical stops the shikimic acid pathway that is necessary for plants and some microorganisms.

Over 750 products that contain glyphosate are sold in the U.S. market alone.
Many countries continue to ban the chemical because of the proven health risks that it causes humans.

ESSENTIAL READING: Pawns In The Game by William Guy Carr (8)