Cut junk food in your 30s to maintain stamina through your 60s. Another study shows diet makes aging easier 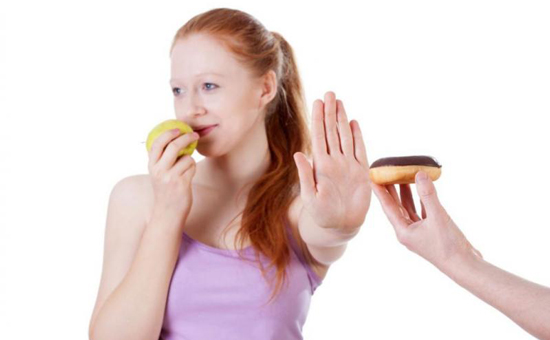 A study that was published in The Journals of Gerontology: Series A reveals that people who forego junk food in their 30s have more stamina and balance even when they reach their 60s.

Researchers at the University of Southampton in England analyzed the diets of 969 British men and women and looked at their lifestyles from the day they were born in March 1946 up to four points in their adult lives, starting at the age of 36. They found that those who followed the Mediterranean diet in their 30s, 40s, and 50s were more fit and mobile compared to their contemporaries.

“Improving their quality of your diet can have a beneficial effect on health whatever your age. However, this study suggests that making good dietary choices throughout adulthood – by cutting down on highly processed foods and incorporating more fruit, vegetables, and whole grains into your diet – can have a significant beneficial effect on strength and physical performance later in life, helping to ensure a much healthier old age” lead scientist and University of Southampton professor Sian Robinson said.

Researchers of the study noticed that people usually gravitate towards the Western diet, which comprises of fatty and sugary foods such as burgers, fries, and soda, and often eat foods that are high in saturated fats, “empty” carbohydrates, grease, and red meat. Conversely, people were not too keen on ingesting fresh vegetables, lean proteins, seafood, and wholegrains, the researchers noted.

The Western diet is associated with conditions such as colorectal cancer, dementia, diabetes, heart ailments, hypertension, obesity. Meanwhile, the Mediterranean diet is indicative of good health and longevity as it boasts of high amounts of antioxidants from legumes, anti-inflammatory properties from fruits, fiber from wholegrains, and omega-3 fatty acids from fish and olive oil.
The above-mentioned food groups are shown to cut the risks of neurodegenerative diseases such as dementia as they decrease plaque buildup and inflammation in the brain, and provide for the proper flow of oxygen throughout the body and the brain.

Study participants were tested on their fitness during four, pre-determined points in their adult lives. Fitness was determined through three tests: rising from a chair, “up-and-go” standing and walking, and balance. Healthy-eating test participants performed well in each test as compared with those who had eaten junk food all their lives.

The healthy-eating participants also exhibited enhanced performance in two measures, chair rise speed and standing balance time.
The chair rise test had researchers timing how long it took for a participant to stand up and sit down again 10 times in a row. The up-and-go test had participants rising from a chair, walking three meters at a normal pace, returning to the chair, and then sitting down. The balance test involved researchers timing how long a participant could stand on one leg with one eye closed.

Meet the woman who, at 66, lost 80 pounds by eating healthy 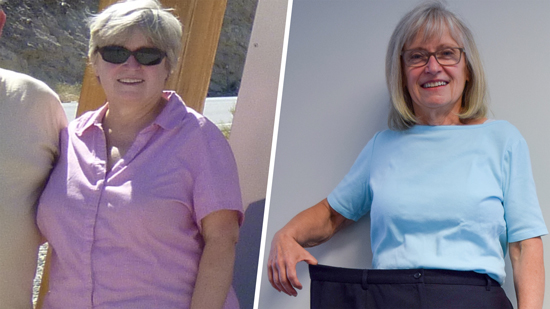 It is never too late for anything. This is especially true for 66-year-old Farmington Hills, Michigan resident Terry Reuer, who, at 66, was able to lose 80 pounds, and thus transform her health and life, even competing in a Tough Mudder race with a much younger colleague.

“I was 65 when I started this whole process. It’s not too late to get better – no matter how old you are” Reuer said in an interview with Today.com.

Reuer slowly started gaining weight during the latter part of her life because she spent most of her 40s traveling and eating out in restaurants and airports, so that by the end of 2015, she weighed 198 pounds, which, at her height of 5’1” made her severely obese.
She realized she needed to lose weight before her blood pressure, blood sugar, and cholesterol levels started giving her health problems, in much the same way that they are giving problems to her siblings.

“I woke up and said: ‘That’s it’. I had a lot of sugar cravings. Those went away after a couple of weeks”, Reuer said. She got rid of all the processed carbohydrates, white flour, and white sugar in her cupboards, and started eating more fruits and vegetables.
And then a colleague asked her to join the Tough Mudder race.

Reuer trained for nine months, six days a week, twice a day, to do a decent job at the race. At the event, an onlooker said she should just skip scaling a wall with a rope on account of her age. However, she grabbed the rope and managed to climb the wall, surprising everyone. “I had never done anything like that in my life”, Reuer said.

Reuer said that fitness myths such as the impossibility of losing belly fat and gaining muscle mass after a certain age are untrue, noting: “I built a lot of muscle this year”.

Are You A Human Angel?