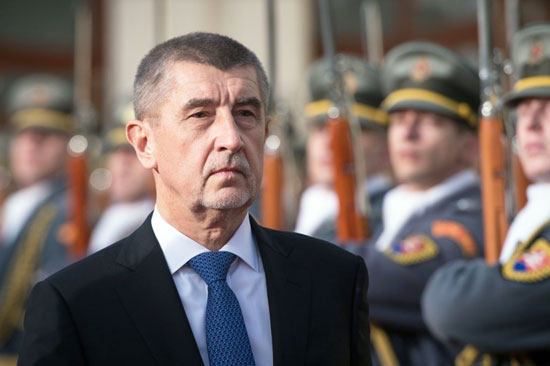 The leader of the Czech Republic government, Andrej Babis, has promised to leave the “corrupt EU” and vows to destroy globalism and the New World Order in his country. Babis, who has become extremely popular in the Czech Republic, has promised he will “restore sovereignty to eastern Europe” by rejecting globalism, leaving the European Union, and destroying the new world order.

Before being a politician, Babis was a businessman whose fortune has been estimated by Forbes at $4.6 billion. Babis’ “outspoken” rejection of the global elite’s agenda has prompted many to call him “the Czech Donald Trump”.

According to RT, ANO, Babis’ party, which means “Yes” in Czech and also stands as an acronym for the “Action of Dissatisfied Citizens”, has taken a clear lead in the October 2017 election with more than 30 percent of the vote, beating its closest rivals by around 20 percentage points. The center-right, Euro-skeptic Civic Democratic Party (ODS) has come in second, securing about 11 percent backing. The anti-immigrant and anti-Islam far-right populist Freedom and Direct Democracy Party (SPD), led by the Czech-Japanese entrepreneur Tomio Okamura, moved into third place with about 10.8 percent support.

Five more parties have managed to clear the five percent hurdle and get into parliament, including the Czech Pirate Party, the Communist Party of Bohemia and Moravia, the Social Democrats and the Christian Democratic Union as well as the movement of Czech mayors and independents.

The elections results demonstrate a significant shift to Euro-skepticism in the Czech Republic as all the three leading parties represent anti-establishment forces in one way or another. Babis, who leads the ANO movement, is particularly known for his skepticism about the euro and severe criticism of the EU’s immigration policies, including the refugee quota system.

The SPD also actively opposes immigration and calls Islam an ideology rather than a religion, while the Civic Democrats are critical towards the EU and advocate permanent exception from euro adoption for the Czech Republic. The pro-EU Social Democrats (CSSD) received only 7.7 percent of the votes, while the liberal TOP 09 movement, which is considered to be the strongest supporter of the further European integration and euro adoption, even failed to clear the election hurdle as it gained only slightly more than four percent of the vote.

Babis, who became the Czech prime minister along with his party’s electoral victory, is, however, a controversial figure. The Czech Republic’s second richest man and a billionaire, who owns one of the Czech biggest private employers – the agricultural giant Agrofert – as well as a media empire, he has already served as finance minister and deputy prime minister, but was dismissed due to allegations of financial misconduct. Babis was sacked from the government in May 2017, after a months-long coalition crisis that started with allegations that he dodged taxes as Agrofert CEO back in 2012.

He was separately charged over allegedly misusing EU subsidies. Babis dismissed all the allegations, calling them “politically motivated”. Despite his issues with the law, Babis remains one of the most popular Czech politicians. In September 2017, the Czech President Milos Zeman told the local media that he would name Babis the new prime minister in the event of his party’s victory, even if he were in police custody. The two-day vote was held on October 20 and 21 to fill 200 seats in the Czech parliament’s lower house – the Chamber of Deputies.

The results of the Czech elections have become just one more episode of what seems to be the onward march of the right across Europe. Also in October 2017, two anti-migrant parties gained the lead in the Austrian parliamentary elections. Earlier, the right-wing anti-immigrant Alternative for Germany (AfD) party enjoyed what was called a historic success while Angela Merkel’s Christian Democrats and perforce the Social Democrats suffered their worst results in more than half a century at the September parliamentary elections in Germany. In the French presidential elections in spring 2017, Marine le Pen, the head of the right-wing National Front party made it into the run-off, beating candidates from such major establishment parties as the Republicans and the Socialists. And in the Netherlands, Geert Wilder’s ultra-nationalist Party of Freedom came second in this year’s parliamentary elections.

As the growing trend for anti-globalism begins to take hold across Europe, 31-year-old Sebastian Kurz has declared victory in Austria’s national election as he also revealed plans to destroy the New World Order tendencies in his country outlined in his policies.