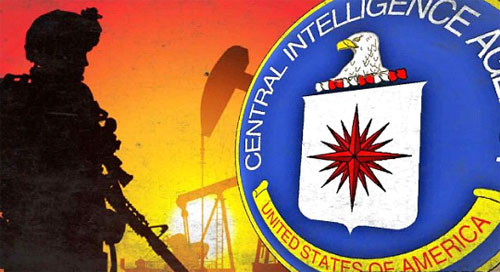 A CIA document from the early 1980s details a US plan to destroy Syria – in much the same way the United States has been doing for the last few years.

Geostrategically crucial Syria has been at the center of a decades-long plot by the United States to depose the sovereign government and install one supportive of goals in the Middle East. This must be revisited – and quickly – before the beating of war drums drowns out the truth of the US government’s recently-espoused mission.

President Donald Trump has repeatedly castigated President Bashar al-Assad for ordering a gruesome mass killing of civilians with chemical weapons in Khan Sheikhoun. This accusation sparked a bolstering of support for the Syrian regime from both Moscow and Tehran.

“Syria at present has a hammerlock on US interests both in Lebanon and in the Gulf – through closure of Iraq’s pipeline thereby threatening Iraqi internationalization of the war. The US should consider sharply escalating the pressures against Assad through covertly orchestrating simultaneous military threats against Syria from three border states hostile to Syria: Iraq, Israel and Turkey.”

While the preceding bears the names of leaders and nations familiar to current headlines, that assessment, cogently titled, Bringing Real Muscle to Bear Against Syria from former CIA officer Graham Fuller in actuality discusses Syria under Assad’s predecessor – his father, Hafez al-Assad – and is dated September 14, 1983, amid the Iran-Iraq War.