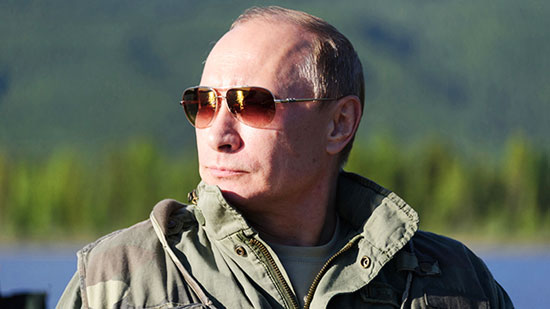 “Whether it’s the Skripal case or the Olympics, what we are seeing is the destruction of diplomatic relationsˮ, investigative journalist Rick Sterling says.

White House Press Secretary Sarah Sanders said in April that “other countries should expel more Russian diplomats to encourage Russia to be a good actor in the process and change their behavior.ˮ

A British military laboratory admitted at the end of March it could not identify the source of the nerve agent that was used in the Skripal case, although the government consistently claimed there as a direct link to Russia.

“RT: Why do you think the White House wants to keep the pressure on Moscow despite the latest doubts over the UK’s allegations?

Rick Sterling: They want to keep pressure on Moscow to relieve some of the pressure on the White House. The mood in the US is poisonous. There is a semi-hysteria that the demonization of Russia and President Putin has gone to the extent where it is almost prohibited to say anything good about Russia. That is how sad the state of affairs is.

RT: The White House press secretary also said the US wants to encourage Russia to be «a good actor in the process». Russia has already offered to cooperate in an international probe. What sort of action do you think she is referring to?

RS: That is assuming the call was sincere. I think the good actor narrative is the simplistic we’re good, you’re bad, the bad guys have black hats, we are wearing a white hat. Whether it is the Skripal case, or the Olympics, or some of these other incidents, what we are seeing is the destruction of diplomatic relations now.

Last summer, the San Francisco Consulate was closed down, now we’ve got the Seattle Consulate closed down, we just had the expulsion of 60 diplomats whom they call operatives. What is behind it all is bigger than international contention, I believe. What is really at stake here, what is going on is contention over the state of affairs in Syria. And if we talk about behavior, actually it is the US that is out of compliance with international law in Syria.

And if anybody’s behavior needs to be questioned, it is actually the behavior of the US, the UK and their allies which have funded, supported, and armed opposition attempting to overthrow the sovereign state of Syria. I think that is what is underlying this and what we are seeing are surface issues really.ˮ

RT: So far, most EU countries have sided with the UK against Russia in this case. But in light of the confusing signals from the UK Foreign Office, and the deleted tweet, surely officials across Europe must be having their doubts? We are seeing the similar situation concerning Iraq in 2003 happening in the UK, aren’t we?

RS: We are. And what is really sad is the absolute failure of Western media to have any skepticism or to require any degree of evidence. The failure that you refer to which goes back to 2003 at the UN Security Council, a lot of media was red faced and claimed later on that they learned that lesson. But clearly they have not.

The frenzy around the Skripal case, basically there has not even been a request for the evidence. The White House said «If the UK says it, it must be». What we need are some people who are objective and honest and devoted to the truth working in the intelligence agencies, whether it is… Porton Down, or some of the other laboratories, who have got access to this to speak up. And it is good news that the official from Porton Down was just saying «No, we cannot identify it is specifically coming from Russia.»

RT: The Trump administration already has plenty of problems to deal with. Does it stand to gain anything by escalating a diplomatic row with Russia?

Harvard Professor: Geoengineering Could Kill Many Tens of Thousands of People A Year