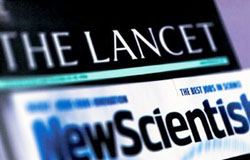 In 2015 the editor of The Lancet study admitted that pharmaceutical marketing is supported by deceitful research. Now, a new report issued by a distinguished doctor provides more insight into how drug companies manipulate scientific research in order to advance corporate interests in the realms of health and medicine.

A meta-analysis is an overarching view of several previously conducted scientific studies which measures both qualitative and quantitative evidence to come to a conclusion about a premise proposed by a scientist – except when that study is paid for by the very companies whom conduct the ‘analysis’ in order to sway data in their interests.

Though the tool of meta-analysis is used in every branch of science, it has become an important device for doctors when trying to determine the best method of treating disease. They’ve become essential, in fact, because of the sheer onslaught of medical studies coming out every year.

The National Institutes of Health invests nearly $32.2 billion annually for medical research alone, giving grants to a myriad of institutions involving studies conducted by over 6,000 scientists.

A meta-analysis is a way for a doctor to wade through the excessive information available and come to a conclusion – something he used to just ask his fellow doctors in a field about. He now relegates that task to medical studies. There’s just one problem. A new report suggests that more than 80 percent of these studies are funded by corporate interests. It’s not science these doctors are reading, but a commercial in the form of scientific literature put together by and funded by drug makers.

These kinds of studies are “extremely important” according to Dr. John Ioannidis, a professor of medicine health research and policy at Stanford University. He has conducted many of these types of studies throughout his career, and he says: “They’re trying to make some sense out of a very convoluted scientific and medical literature.”

Not much sense is being made, though, despite thousands upon thousands of research studies.

Ioannidis suggests “They [drug companies] can get the results or at least the interpretation that fits their needs. So you have the most powerful and most prestigious design in current medical evidence, and it can be easily manipulated as an advertisement, as a marketing tool.”

Though the National Academy of Medicine offers many protocols for divulging the ‘money behind the study’, it can be very difficult for doctors well versed in medical jargon, let alone a common person doing their own research, to wade through the subtleties of a study which is designed from its origins to come to a specific conclusion. 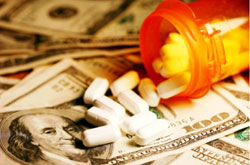 For example, Pfizer, the maker of Prozac, and who pays for many of the meta-analysis for their own drugs, can hide their authorship behind an institution, a scientist, or even suggest in the analysis itself, findings which are not an assimilation of unbiased analytical data, but which simply promote the use of their product.

Many studies have found similar issues with drug companies meddling in the scientific data to skew it in their favor. One such study, penned by Ioannidis, called The Mass Production of Redundant, Misleading, and Conflicted Systematic Reviews and Meta-analyses published in the Journal of Clinical Epidemiology, which evaluated 185 meta-analyses, found that one-third of them [meta analysis] were written by pharma industry employees. Other conflicts of interest were also very apparent.

Aside from Ioannidis’ research, in 2015, the editor of one of the world’s most respected medical journals, The Lancet, went public about the massive research fraud that was ruining the field of medical clinical research: “Much of the scientific literature, perhaps half, may simply be untrue. Afflicted by studies with small sample sizes, tiny effects, invalid exploratory analyses, and flagrant conflicts of interest, together with an obsession for pursuing fashionable trends of dubious importance, science has taken a turn towards darkness.” – Dr. Richard Horton, editor of The Lancet

These statements are alarming for several reasons. First, there is the implied lack of any sort of unbiased research on medicine, along with the ridiculous amounts of public funds, let alone private, being spent on ‘medical research’ that is already determined well before a study is analyzed.

Secondly, the public is swindled once again with fancy, peer-reviewed, scientific journals which should stand as fact, but have been infiltrated by the corporate elite. As Ioannidis states, “The publication of systematic reviews and meta-analyses should be realigned to remove biases and vested interests and to integrate them better with the primary production of evidence.”

The corporate takeover of medicine continues.