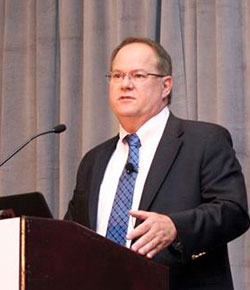 A wave of mysterious deaths continues to plague practitioners in the field of holistic medicine, including chiropractors, herbalists and other alternative healers. Some of the deaths have been tied to research involving nagalase, an enzyme/protein made by cancer cells and viruses that cause immunodeficiency syndromes and autism.

Renowned autism specialist, Dr. James Jeffrey Bradstreet, was researching the enzyme prior to his death in July 2015. His body was discovered floating in a North Carolina river with a single gunshot wound to the chest.

Suspicions swirled that the doctor may have been killed as a result of his controversial research. Bradstreet and his colleagues had discovered that the immune system is being compromised by nagalase, which they suspected was being introduced through vaccines.

Dr. Bradstreet was working with a naturally occurring compound that may be the single most effective thing in the immune system for killing cancer cells 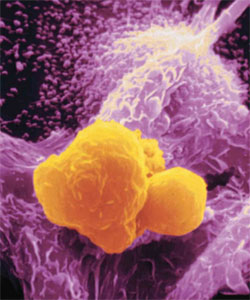 Nagalase interferes with an important protein in the body that kills cancer cells, explained Dr. Ted Broer in an interview on the Hagmann and Hagmann Report.
GcMAF (Globulin component Macrophage Activating Factor), which is the GC protein after it combines with vitamin D in the body, has the potential to be a universal cure for cancer.

Itʼs also believed to be capable of treating and reversing autism, HIV, liver/kidney disease and diabetes.

GcMAF and the death of cancer cells

“What ends up happening is when the GC protein cannot be converted to McGAF, the entire immune system is compromised.”

GcMAF is “probably the single most effective thing in the immune system to kill cancer cells” he said.

Some of the doctors who wound up dead or missing believed that the nagalase protein/enzyme was being introduced intentionally into peopleʼs bodies, either virally or directly through vaccines.

Nagalese blocks the GC protein from attaching itself to vitamin D, thus preventing the immune system from doing its job, and therefore causing cancer and other serious diseases. Without an active immune system, cancer and viral infections can spread rapidly.

Remarkably, thereʼs a significant amount of research available on nagalase and the GcMAF protein. Citing a chapter from The GcMAF Book by Dr. Tim Smith, MD, Dr. Broer said:

“Nagalase is like a stealth bomber, the nagalase enzyme synthesized in or released from cancer cells or a virus particle pinpoints the GcMAF protein facilities on the surface of your T and B lymphocytes and simply wipes them out with an incredibly precise bomb.

How precise? Nagalase locates and attacks one specific two-electron bond located only at the 420th amino acid position on a huge protein molecule, one of tens of thousands of proteins, each containing millions of electrons.

This is like selectively taking out a park bench in a major city from 6,000 miles away. More astonishingly, if that is possible, nagalase never misses its target, so there is no collateral damage.” 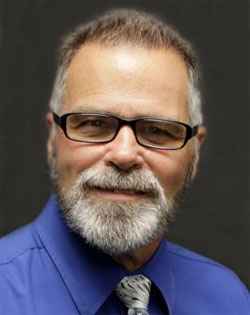 Since Bradstreetʼs death, dozens of holistic doctors have wound up dead or missing. Among these is Dr. Rod Floyd, a licensed chiropractor who also worked as a full-time teacher.

Dr. Floyd, associate professor and faculty-clinician with the Palmer College of Chiropractic at the Port Orange, Fla. campus, had just celebrated his 37th wedding anniversary, when he abruptly passed away at his home in January 2016.

His death occurred while Dr. Floyd and his wife were sitting outside in their backyard one evening, enjoying the full moon and chatting. She went inside for a moment, and when she returned, she found her husband had passed away in his chair, according to Erin Elizabeth of Health Nut News, who was also a friend of the chiropractor.

Dr. Floydʼs wife said her husband was “hearty and healthy” and that some of their friends had just visited him a day or two before his death at a holistic health fair.

“Everyone is shocked and saddened, as he was healthy, fit, and so much of his life was about health; sharing his vast knowledge with others, and teaching students at Palmer College to go on and share that knowledge as chiropractors” wrote Elizabeth.

NTP: Wireless Radiation Causes DNA Breakage and cancer – Get the President To Do Something About This Health Hazard