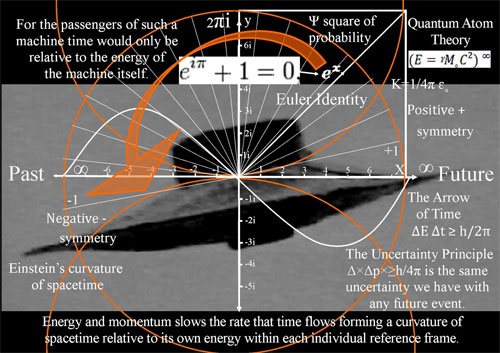 Although UFOs are no longer the fringe topic they once were, the official campaign of secrecy and ridicule against their becoming public knowledge, as described by former CIA director Roscoe Hillenkoetter, is still in effect.
Recent episodes of Bill Nye’s show, for example, openly ridiculing UFOs on US national television, make this clear. The close relationship the CIA holds with the media is clearly at play here.

A wise person once said that “condemnation without investigation is the height of ignorance” and that is no less true when it comes to UFOs, a field so full of witness testimony and hard evidence that it’s a wonder mainstream media can still avoid covering it.

How anybody can still deny the existence of UFOs when the world’s brightest minds have been actively studying the phenomenon and the evidence available for decades is a mystery. Indeed, intelligence agencies like the CIA are recruiting the world’s top scientists to do so.
For example, a declassified secret document discovered in the CIA’s own electronic reading room titled a “Telephone Conversation With Dr. John A. Wheeler” shows how the agency was trying to recruit him to look into a “CIA attack on the flying saucer problem”.

The CIA has a long history of putting resources toward studying this phenomenon, as well as putting forth efforts to investigate what other countries know about it as well. For example, another unclassified document outlines: “Scientists of the PRC and the Soviet Far East have begun joint study of UFOs. The first meeting of ufologists of the two countries has ended in the small maritime townlet of Dalnegorsk. The Soviet and Chinese specialists on anomalous phenomena have mapped out a program for investigating incidents that are already known and have also arranged to directly exchange video and photographic materials on new similar phenomena.

Dalnegorsk has not been chosen by chance as the place for such acquaintance. In the last few years the number of cases of visual observation of UFOs has noticeably increased there. In just the last four years alone no less than 10 UFOs have been recorded.
Specialists link their heightened interest in places here with the variety and wealth of useful minerals in Maritime Kray. Similar, incidents have also occurred in mountainous regions in China whose climatic conditions and natural landscape resemble our own.”

As for the Wheeler document, it shows how the agency really wanted him to work with the CIA on this subject, and that he regretted that he could not because of prior work commitments. It also mentions that “he would be pleased at any time to discuss the matter briefly”. It also states how Wheeler mentioned “two foreign nationals who were currently outstanding in related fields”. 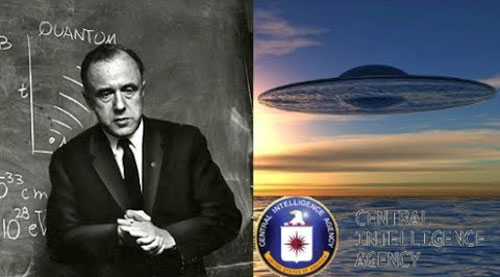 The document goes on to mention a few other names, some of which are redacted, and others not, like former Director of Research at Cambridge, Massachusetts USAF research center, Dr. O’Day.
The document pertains to a “scientific attack” on the UFO problem.

Another document regarding the call with Wheeler states that he might actually have some time available to get involved.
The document doesn’t offer much information, but its existence itself proves that as far back as 1953 the CIA was looking into UFOs and recruiting the world’s top minds to study them.
“This thing has gotten so highly-classified… it is just impossible to get anything on it. I have no idea who controls the flow of need-to-know because, frankly, I was told in such an emphatic way that it was none of my business that I’ve never tried to make it to be my business since.
I have been interested in this subject for a long time and I do know that whatever the Air Force has on the subject is going to remain highly classified”, said Senator Barry Goldwater, Chairman of the Senate Intelligence Committee.

The topic of UFOs lie within this world of classification that Senator Goldwater mentions above. Here is a video of him speaking on it.

The United States has had a history of government agencies existing in secret for years. Though the National Security Agency (NSA) was founded in 1952, its existence was hidden until the mid-1960s. Even more secretive is the National Reconnaissance Office, which was founded in 1960 but remained completely secret for 30 years.
We are talking about Special Access Programs (SAP). From these we have unacknowledged and waived SAPs. These programs do not exist publicly, but they do indeed exist. They are better known as deep black programs. A 1997 US Senate report described them as “so sensitive that they are exempt from standard reporting requirements to the Congress”.

Just imagine the scientists working in the world of intelligence today, those who are examining these craft, and those who work inside, the ones dealing with the science that goes on in the black budget world. These people have no lives.
Take Dr. Norman Bergrun, for example. He’s worked for Ames Research Laboratory, NACA (National Advisory Committee for Aeronautics), and Lockheed Missiles and Space Company, now known as Lockheed Martin. He then went on to found Bergrun Engineering and Research.

You can view some of his publications for NASA, where he worked for more than a decade, here. In an interview, he outlines what it’s like in that world, and how these scientists aren’t really allowed to have much of a life, as they are constantly kept behind closed doors.

Independent scientists have also investigated UFOs. Below is a clip from the Thrive documentary that has now amassed over 100 million views.

Another great example comes from what’s know as the Sturrock Panel. In the 1990s Peter Andrew Sturrock, a British scientist and Emeritus Professor of Applied Physics at Stanford University, met with other prominent scientists from around the world to examine the physical evidence that is commonly associated with the UFO phenomenon.
One example used by Sturrock in his analysis is a photo taken by two Royal Canadian Air Force pilots on August 27th, 1956, in McCleod, Alberta, Canada. (“Physical Evidence Related To UFO Reports” – The Sturrock Panel Report – Electromagnetic Effects)

“If it does indeed turn out that there is relevant physical evidence, if this evidence is carefully collected and analyzed, and if this analysis leads to the identification of several facts concerning the UFO phenomenon, then will be the time for scientists to step back and ask, What are these facts trying to tell us?
If those facts are strong enough to lead to a firm conclusion, then will be the time to confront the more bizarre questions. If, for instance, it turns out that all physical evidence is consistent with a mundane interpretation of the causes of UFO reports, there will be little reason to continue to speculate about the role of extraterrestrial beings.
If, on the other hand, the analysis of physical evidence turns up very strong evidence that objects related with UFO reports were manufactured outside the solar system, then one must obviously consider very seriously that the phenomenon involves not only extraterrestrial vehicles but probably also extraterrestrial beings.” – From the Sturrock Panel.

The 2011 Global Competitiveness Forum, at which a number of prominent scientists attended, featured a lecture by Jacques Vallee, notable for co-developing the first computerized mapping of Mars for NASA, and for his work at SRI International on the network information Centre for ARPANET, on the UFO/extraterrestrial phenomenon. There, he also discusses the physical evidence we currently have.