Edward Snowden: Knowledge Has To Originate From Somewhere, And That Can’t Be A Classroom 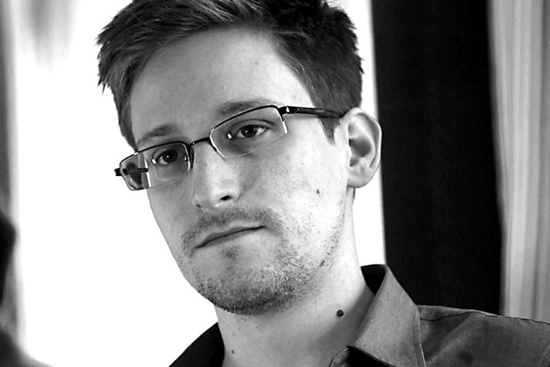 His revelations had broad and immediate consequences for both the elite they exposed and the now-informed public, who, prior to the leaks, considered government surveillance a conspiracy theory.

Leaks continue to expose government surveillance and the tools/technology they use via Snowden and other whistleblowers, document platforms like WikiLeaks, and the Freedom of Information Act (FOIA). As a result, distrust in governments is at an-all time high, and on a global scale.

All of these leaks have brought the existence of Special Access Programs (SAPs) and Unacknowledged SAPs into the public consciousness. These are programs ran by what’s become known as The Deep State, or a government within the government, which has also been discussed by multiple political insiders and academics,

Here is one out of many examples we’ve used many times:

“Political parties exist to secure responsible government and to execute the will of the people. From these great tasks both of the old parties have turned aside. Instead of instruments to promote the general welfare, they have become the tools of corrupt interests which use them impartially to serve their selfish purposes.

In the interview, Snowden offers his views on education:
“It’s a question of who teaches the untaught? Knowledge has to arise from somewhere. There has to be a fountainhead from which it flows. That can’t be a classroom because the teachers themselves had to learn it from somewhere.

Original research, the scientific method, the pursuit of the unknown, and the questioning of accepted conventional wisdom and probing at the unknowns. The fact that the most interesting thing for someone who’s interested in how knowledge is created are the problems that haven’t been solved. It’s not what do we know. It’s what we don’t know.ˮ

The interview is lengthy and covers a range of topics and the question Who does teach the untaught? Still remains. When one goes to teacher’s college, or medical school, or to any other institutions to be trained to share knowledge, information, and assistance, they are simply being taught by those who have gone through the same system, a system that is now plagued with corruption and misinformation, and which demands obedience from the participants, the people meant to keep this mass machine going and thriving off of people’s efforts. Human beings simply take in the information and believe it, without doing any probing, questioning, or critical thinking for themselves.

I think it will be some time before we’re all ready to open our minds to information that doesn’t fit the framework of accepted knowledge.

For example there is also the “fake news” epidemic, in which Facebook has teamed up with Snopes, the Disney Corporation (mainstream media), and more to decide for people what they are able to see on Facebook’s platform and what they are not able to see.

We now have outside agencies determining for us what is real and what is fake, rather than us doing it for ourselves. The key is not to censor information, but rather teach people how to think critically and examine sources.

“In our dream we have limitless resources, and the people yield themselves with perfect docility to our molding hand. The present educational conventions fade from our minds and, unhampered by tradition, we work our own good will upon a grateful and responsive rural folk.

We shall not try to make these people or any of their children into philosophers or men of learning or of science. We are not to raise up among them authors, orators, poets, or men of letters. We shall not search for embryo great artists, painters, musicians.

Nor will we cherish even the humbler ambition to raise up from among them lawyers, doctors, preachers, statesmen, of whom we now have ample supply.” Rev. Frederick T. Gates, business advisor to John D. Rockefeller Sr., 1913.

In school, people are simply taught to obey and memorize. If they don’t, they are punished. Each child is required to learn the accepted version of reality in order to fit into the specific mould necessary for us to become “productive” members of society. 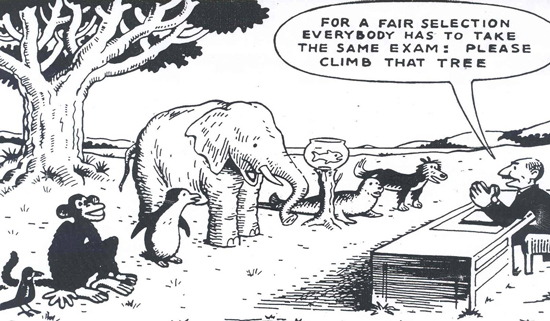 People are taught to be like everybody else, to never question the information they are given, and to move on and be a “product-full” member of society.

Just like television, much of traditional education is simply programming. People are told they must do well in school in order to get a job so they can make money and pay their bills.

It has nothing to do with the type of growth a human being needs. Good grades and marks do not signify intelligence. In school people are shown how to obey authority, how the world works, and what intelligence is, and what it is not.

Modern day education is heavily marketed as a place for people to learn, but is that really what it is? It’s just like many pharmaceutical grade medications, do they really heal, or have people simply been made to believe they do?

Prior to the late 1800s, education was a private practice that took place in private institutions or through home schooling. That all changed in 1902 when John D. Rockefeller created the General Education Board in conjunction with Frederick T. Gates, his close friend and business/personal advisor.

Does education not play a large role in manipulating the consciousness of human beings? Consciousness manipulation means trying to influence the way that people perceive the environment around them.

One cannot think for themselves in this type of environment. Real education comes from the individual, and has nothing to do with schooling.

“I want a nation of workers, not thinkers.” – John D. Rockefeller

Many wise people believe a real education comes from within. It is those who are passionate and curious about this world who will become truly educated, rather than receive the “education” that is used to obtain a piece of paper, so they can earn more pieces of paper in order to live.

Think of a child and how curious they are; the truly educated adult is the one who has maintained that curiosity and wonder.

All of the information presented in school can be accessed through the library. Do people really stem from an innate desire to learn, or are they simply motivated by the idea of a good life? Do they simply want to fit in, make money, and get a job that people respect?

Forcing children through this system, into their early adulthood with post-secondary education, leaves them with no time to learn about the world because they are kept busy learning what the government wants them to learn.

People are almost at a point where it seems they’ve completely lost their critical thinking and questioning ability. The moment one questions something that is accepted by society, like eating meat for example, or the official story behind 9/11, one is instantly met with criticism and ridicule from people who haven’t bothered to research these issues for themselves.

The good news is that, with the birth of multiple social media platforms, the public now has access to information and sources that were not available to them before.

People have seen billions of eyes viewing some sensitive information, which means there is something important happening. It means that millions of people are starting to question the world around them. This simple questioning opens the door to investigation, critical thinking, and answers.

To question what mainstream media says, to question what governments tell people, as Snowden has alluded to so many times, is the duty of a true patriot.

These things are definitely not learned in the classroom, and there’s no doubt that education is key to changing our world, but school as we know it is not.

5G, The Elephant in Your Living Room