Cairo has prevented a newspaper editor from running a story of Egypt’s alleged plans to ‘sell’ the Sinai peninsular to Israel. 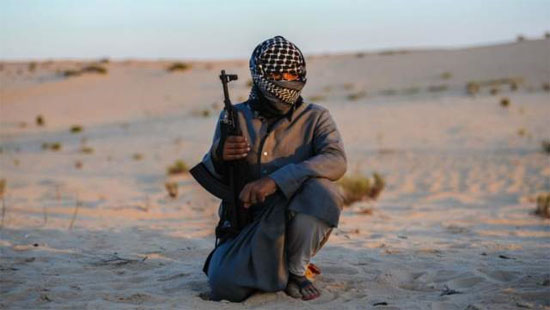 There has been a largely overlooked ‘terrorist’ problem in Egypt’s Sinai region for years now as supposed ‘Islamic State’ fighters have carried out a long series of attacks on the local population. Now we can clearly see the reason why this Islamic State campaign has been waged – to pressure Egypt into selling the Sinai to Israel.

There is no doubt that Israel is behind the Islamic State violence in Sinai and now we know why Israel has been waging this covert campaign.

Expelling the remaining indigenous Palestinian population from the stolen lands now called Israel has been on the agenda of Bibi Netanyahu and the Israeli right wing for decades, they may have been planning to expel the Palestinians to Syria once Islamic State and the various ‘rebel’ groups had deposed Assad and broken the country up into several powerless Israeli vassals. However, that plan has gone awry, Assad remains in power and is nearing victory in the awful conflict that has ravaged Syria. 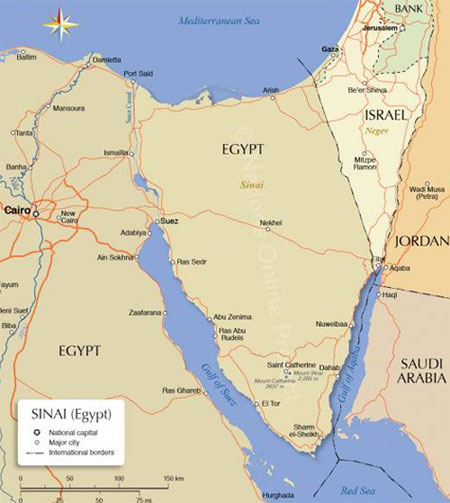 Obtaining Sinai from Egypt and deporting the Palestinians there is probably plan B and appears to be the new choice for the ‘Final Solution’ of the Palestinian issue.

Of course, such a deportation would be bitterly opposed by the Arab world and their allies around the globe; however, it would be difficult to do much to oppose such deportations if the world powers are distracted by a major war. Therefore, should Netanyahu & Trump manage to engineer a war to save their own asses from the ongoing investigations they are beset by, Israel will seize the opportunity to deport the remaining Palestinians to Sinai, counting on the distraction caused by the war to prevent anyone from being able to stop them.

The current violence and shenanigans surrounding the Temple Mount in Jerusalem has clearly been engineered by Netanyahu, it may well be intended as the straw that breaks the camel’s back and ignites a new Palestinian Intifada, thus providing Israel with a cassus belli for enacting a military campaign that includes large scale deportations.

The Israeli government has allegedly been trying to buy parts of Sinai from the cash-strapped Cairo government, leading authorities to censor an Egyptian newspaper report on the offers.

Israel has reportedly made a number of “attractive offers” for the province, al-Masryoun reported, leading the military police to close the printing of the newspaper.

According to the report, the Israeli government has offered to rehouse some Palestinians in the newly purchased region.

The Sinai is facing internal security problems due to attacks from armed jihadi militants linked to the Islamic State group.

This is not the first time the plan has surfaced in recent months. Israel’s Minister of Communications Ayoub Kara reportedly discussed plans with Cairo to move Palestinians to the Sinai region in February.

“Trump and Netanyahu will adopt the plan of Egypt’s [President Abdel Fattah] al-Sisi. A Palestinian state in Gaza and Sinai, instead of Judea and Samaria,” said Kara.

The plan had been tabled before, but was always rejected outright – which would be extremely unpopular in neighbouring Arab states.

Israel previously occupied the Sinai peninsula from 1967 to 1982 and finally returned the land legally in 1989.

Since that withdrawal, the peninsula has experienced little development or financial assistance from Cairo, with little to no job creation. The economic downturn has given rise to organised crime, as some local tribes in the peninsula turned to smuggling to make a living. Since the 2011 revolution, which overthrew President Hosni Mubarak, the region has experienced increasingly violent uprisings, culminating in the ascent of the Islamic State group. A series of attacks on Egypt’s Coptic Christian population and other political targets have erupted.

The unrest has led Israel to reportedly coordinate military operations with Egyptian troops in the Sinai in recent years.