These images are incredible and terrifying at the same time!

Every day, approximately 3.2 billion people utilize the internet to connect with others around the globe, gain knowledge about a particular topic and inject their ideas into the masses. The majority rely on Wi-Fi, a technology that uses radio waves to provide network connectivity to people within a certain parameter. The waves are invisible, so few people think twice about them. However, designer Luis Hernan was able to document what Wi-Fi can look like using long-exposure photography and an Android app.

Entitled Digital Ethereal, the project offers a fascinating visualization of the movement of Wi-Fi signals. Hernan was able to ‘translate’ what the information pouring out of internet routers might look like by using the app called Kirlian Device. The strength of the Wi-Fi’s movement is depicted in a series of colors.

The artist says the colorful movements remind him of ghosts. Hernan wrote on his website:
“I believe our interaction with this landscape of electromagnetic signals, described by Antony Dunne as Hertzian Space, can be characterized in the same terms as that with ghosts and spectra.
They both are paradoxical entities, whose untypical substance allows them to be an invisible presence. In the same way, they undergo a process of gradual substantiation to become temporarily available to perception. Finally, they both haunt us. Ghosts, as Derrida would have it, with the secrets of past generations. Hertzian space, with the frustration of interference and slowness.”

It is possible that the constant bombardment of EMF frequencies which results from nearly ceaseless interaction with Wi-Fi frequencies is adversely affecting the populations’ health. However, the science is sparse on this topic and, therefore, controversial. An entrancing look at the rest of Hernan’s series follows: 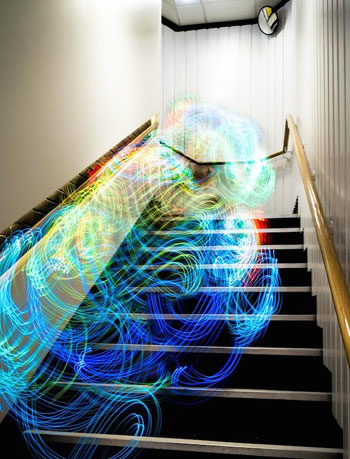 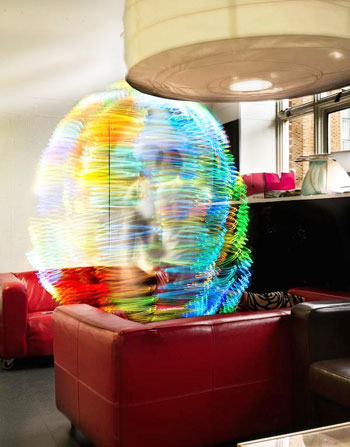 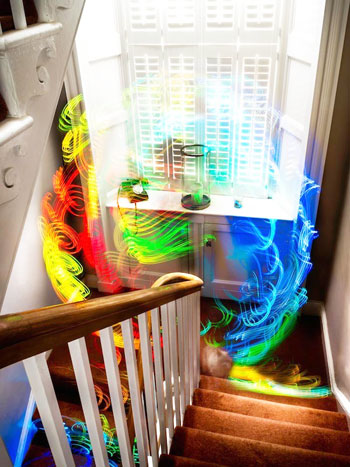 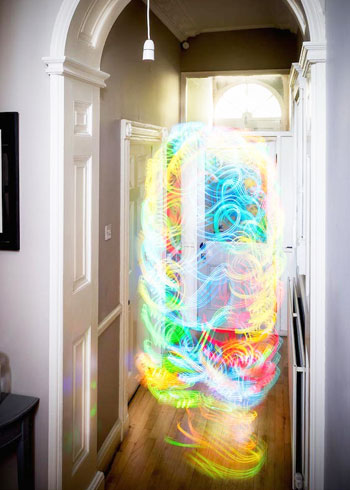