EMF Warriors: Who Or What Are They? 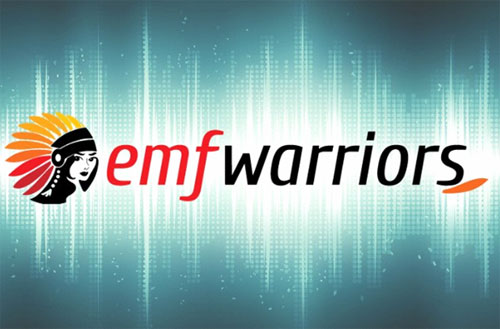 How much do you, the consumer, know about electromagnetic frequencies generated by ALL the “smart” appliances, gadgets, iPhones, AMI Smart Meters, Wi-Fi, tablets and cell/mast/stingray towers that dot the landscape every so many hundred feet?

If you are like most folks, you probably think there’s nothing wrong, otherwise they would not be permitted on the market or to be constructed wherever, i.e., on hospital roofs; in farmers’ fields; next to local firehouses and straddling community common areas!

Question: Have you read the operating manual that comes with your cell phone? Have you seen the signs posted at gasoline stations regarding not using cell phones while filling up? Furthermore, you probably have several “smart” devices you “depend” upon, especially those which text message everyone you know.

What needs to be factored into the “smart tech” paradigm is that “smart tech” is not inert! Anything that operates using microwaves produces damaging electromagnetic frequencies (EMFs/RFs/ELFs) also referred to as “Not Native to this Earth” (nnEMFs) which, in turn, cause electrosmog pollution and resulting electromagnetic hypersensitivity (EHS) or Idiopathy Environmental Intolerance (IEI) for sensitive people. Think of it as a 24/7 “allergy” to electronic devices non-thermal radiation waves.

Most smart-tech addicts probably will totally disregard thousands of scientific studies indicating serious health harms from the EMF wave, the non-thermal radiation wave, and its adverse effects on human health and the environment. 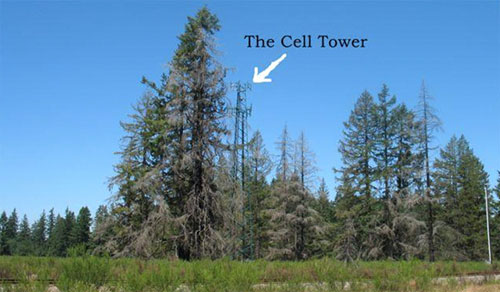 Trees can be considered humankinds’ “breathalyzers”. Countless forests are being damaged horribly by cell towers and their emissions causing radiation poisoning to leaves.

In 2013, the Guardian in the United Kingdom produced a rotogravure of sorts titled Electrosensitivity: is technology killing us? In pictures, which readers may want to consider in view of how extremely pervasive EMFs are especially from Wi-Fi and AMI utility Smart Meters for electric, natural gas and water.

EMF Warriors is a global movement of concerned citizens who realise modern electronic devices produce electromagnetic fields (EMF) that are not native to this Earth (nnEMFs). These nnEMFs are completely foreign to human biology and are wreaking havoc on the health and wellbeing of our families and our planet.

EMF Warriors maintains an educational library with the goal to explain complex issues in a simple manner in order to understand topics such as quantum biology and electrical engineering.

“I have no doubt that at the present time, the greatest polluting element in the Earth’s environment is the proliferation of electromagnetic fields. I consider that to be far greater on a global scale than warming, and the increase in chemical elements in the environment.” – Dr. Robert O. Becker

EMF Warriors website offers a page, The Top 10 Things You Can Do Today To Protect Yourself And Your Family– everyone is encouraged to consider implementing the suggestions presented. EMFs are serious health compromisers, something not to be taken lightly.

One of the major concerns of the holistic healthcare professionals is the wearing of live/active cell phones on the body, e.g., women placing them into their bras; men carrying them in a trousers pants pocket or wearing them attached to a belt; children using cell phones indiscriminately, especially to play computer games or constant text messaging. Those practices present serious concerns for EMF exposures leading to tumors or various types of cancers. There are hundreds, if not thousands, of independent scientific peer review published studies indicating an EMF – cancer connection! Just because the high tech industry’s media relations campaigns and industry associations don’t tell you about them, doesn’t mean those EMF exposures and potentialities don’t exist.

Young, growing children are extremely vulnerable to EMFs; so are pregnant mothers’ fetuses!

“Children’s brains absorb much higher amounts of microwave radiation than adults because of their thinner skulls. Their nervous systems are also easily damaged by EMF because they do not yet have the protection afforded by nerve cell myelination”, a reasearch shows.