6 bodily tissues that can be regenerated through nutrition

It may come as a surprise to some, especially those with conventional medical training, but the default state of the body is one of ceaseless regeneration. Without the flame-like process of continual cell turnover within the body – life and death ceaselessly intertwined – the miracle of the human body would not exist. 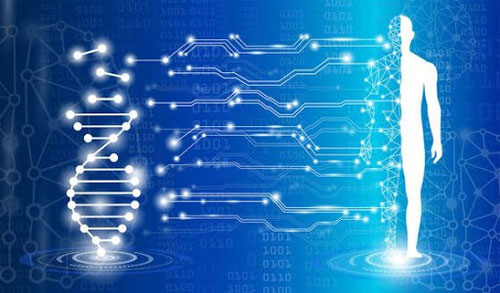 In times of illness, however, regenerative processes are overcome by degenerative ones. This is where medicine may perform its most noble feat, nudging the body back into balance with foods, herbs, nutrients, healing energies, i.e. healing intention.

Today, however, drug-based medicine invariably uses chemicals that have not one iota of regenerative potential; to the contrary, they almost always interfere with bodily self-renewal in order to suppress the symptoms against which they are applied.

There are actually a broad range of natural compounds with proven nerve-regenerative effects. A 2010 study published in the journal Rejuvenation Research, for instance, found a combination of blueberry, green tea and carnosine have neuritogenic (i.e. promoting neuronal regeneration) and stem-cell regenerative effects in an animal model of neurodegenerative disease.

Other researched neuritogenic substances include:
– Curcumin
– Lion’s Mane Mushroom (Hericium erinaceus)
– Apigenin (compound in vegetables like celery)
– Blueberry
– Ginseng
– Huperzine (alkaloid extracted from Huperzia serrata, a chinese medicinal plant)
– Natto (traditional Japanese food made from soybeans that have been fermented)
– Red Sage
– Resveratrol
– Royal Jelly
– Theanine (amino acid analogue of the proteinogenic amino acids L-glutamate and L-glutamine and is found primarily in particular plant and fungal species)
– Ashwaganda
– Trigonelline (formed by the methylation of the nitrogen atom of niacin (vitamin B3). Trigonelline is a product of niacin metabolism that is excreted in urine of mammals.)

There is another class of nerve-healing substances, known as remyelinating compounds, which stimulate the repair of the protective sheath around the axon of the neurons known as myelin, and which is often damaged in neurological injury and/or dysfunction, especially autoimmune and vaccine-induced demyelination disorders. It should also be noted that even music and falling in love have been studied for possibly stimulating neurogenesis, regeneration and/or repair of neurons, indicating that regenerative medicine does not necessary require the ingestion of anything; rather, a wide range of therapeutic actions may be employed to improve health and well-being, as well.

Glycyrrhizin, a compound found within licorice, and which was recently proved as a powerful anti-SARS virus agent, has also been found to stimulate the regeneration of liver mass and function in the animal model of hepatectomy.

Unfortunately, the medical community has yet to harness the diabetes-reversing potential of natural compounds. Whereas expensive stem cell therapies, islet cell transplants, and an array of synthetic drugs in the developmental pipeline are the focus of billions of dollars of research, annually, our kitchen cupboards and backyards may already contain the long sought-after cure for type 1 diabetes.

The following compounds have been demonstrated experimentally to regenerate the insulin-producing beta cells, which are destroyed in insulin dependent diabetes, and which once restored, may (at least in theory) restore the health of the patient to the point where they no longer require insulin replacement:
– Gymenna Sylvestre (“the sugar destroyer”)
– Nigella Sativa (black cumin)
– Vitamin D
– Curcumin
– Arginine
– Avocado
– Berberine (alkaloid found in different medicinal plants)
– Bitter Melon
– Chard (the green leafy vegetables)
– Corn Silk
– Stevia
– Sulforaphane (especially concentrated in broccoli sprouts)

There are secretagogues, which increase the endocrine glands’ ability to secrete more hormone, and there are substances that truly regenerate hormones which have degraded (by emitting electrons) into potentially carcinogenic “transient hormone” metabolites. One of these substances is vitamin C. A powerful electron donor, this vitamin has the ability to contribute electrons to resurrect the form and function of estradiol (estrogen; E2), progesterone, testosterone, for instance. In tandem with foods that are able to support the function of glands, such as the ovaries, vitamin C may represent an excellent complement or alternative to hormone replacement therapy.

Not too long ago, it was believed that cardiac tissue was uniquely incapable of being regenerated. A new, but rapidly growing body of experimental research now indicates that this is simply not true, and there is a class of heart-tissue regenerating compounds known as neocardiogenic substances.

Neocardiogenic substances are able to stimulate the formation of cardiac progenitor cells which can differentiate into healthy heart tissue, and they include the following:
– Resveratrol
– Siberian Ginseng (Eleuthero)
– Red Wine Extract
– Geum Japonicum
– N-acetyl-cysteine

Another remarkable example of cardiac cell regeneration is through what is known as fetomaternal trafficking of stem cells through the placenta. In a recent article is discussed the amazing process known as “fetal microchimerism” by which the fetus contributes stem cells to the mother which are capable of regenerating her damaged heart cells, and possibly a wide range of other cell types.

Curcumin and resveratrol have been shown to improve recovery from spinal cord injury. Over a dozen other natural compounds hold promise in this area. As far as degenerative joint disease, i.e. osteoarthritis, there are a broad range of potentially regenerative substances.

Ultimately, regenerative medicine threatens to undermine the very economic infrastructure that props up the modern, drug-based and quite candidly degenerative medical system. Symptom suppression is profitable because it guarantees both the perpetuation of the original underlying disease, and the generation of an ever-expanding array of additional, treatment-induced symptoms. This is the non-sustainable, infinite growth model which shares features characteristic of the process of cancer itself – a model, which by its very nature, is doomed to fail and eventually collapse.

Cultivating diets, lifestyles and attitudes conducive to bodily regeneration can interrupt this pathological circuit, and help us to attain the bodily freedom that is a precondition for the liberation of the human soul and spirit, as well.

Brazil says ‘NO’ to Great Reset: ‘Totalitarian social control is not the remedy for any crisis’