On the heels of Apple censoring Parler and yanking the app from their App Store, now comes word the company reportedly pressured Telegram into censoring content on its site. 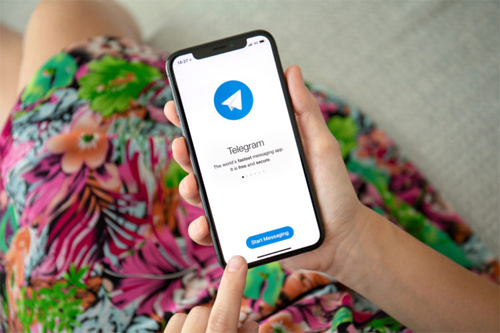 Absolutely sickening, and there is no doubt Jobs is rolling over in his grave watching what is happening at the hands of the company he built. Yes, Jobs kept tight controls over his software and app store, but it never was on the basis of censoring free speech. It was on the basis of making sure the products “just worked” and didn’t get bogged down by spam and viruses.

He would be just as sickened as anyone watching his company turn into “Big Brother” before our very eyes. After all, it was Jobs who also released these iconic ads from Apple about thinking different and Orwell’s 1984.

Now let’s talk about Apple’s reported censorship of Telegram. The CEO of private messaging app Pavel Durov revealed that the company has been pressured by Apple to censor content on their app. Specifically, Apple demanded that Telegram removed 3 channels which related to the Belarusian uprising, saying they were “disclosing personal information.” Durov objected to the demands given that the channels were specifically designed to expose government oppressors, but the company had little choice given that otherwise, Apple would ban their app from iOS.

What irked Durov even more however was that Apple demanded that Telegram users not be informed that this action was taken on Apple’s behalf, saying this information was “irrelevant”. He writes: “Previously, when removing posts at Apple’s request, Telegram replaced those posts with a notice that cited the exact rule limiting such content for iOS users. However, Apple reached out to us a while ago and said our app is not allowed to show users such notices because they were “irrelevant”.”

By hiding their demands with vague language, Apple is trying to avoid the responsibility of enforcing their own rules. It is understandable: according to this poll, over 94% of Belarusian users think the channels that made Apple worry should be left alone.

Durov notes that Apple used the same language of information being “irrelevant” to object to Facebook informing their users of Apple’s 30% Apple Tax, saying:
“I strongly disagree with Apple’s definition of “irrelevant”. I think the reason certain content was censored or why the price is 30% higher is the opposite of irrelevant”. He concludes: “Apple has the right to be greedy and formalistic (or maybe not – that’s something for the courts and regulators to decide). But it’s time Apple learned to assume responsibility for their policy instead of trying to hide it from users – they deserve to know.”

The recent tide of anti-Apple sentiment has exposed much of the company’s underhanded goings-on, including pressuring apps to include in-app purchases which Apple can then profit from and making special deals with some companies, something Apple claimed they never did. Apple has however fought to keep their captive population of users blissfully unaware of their golden cages.

Confirmed by MacWorld: “Activists in Belarus are protesting against what they claim amounts to censorship by Apple, under the social-media hashtag #AppleCensorsBelarus. The activists say the company has been working to remove posts in the iOS messaging app Telegram by people demonstrating against the Belarusian regime.

Channels on the encrypted messaging service have been used to identify and spread information about police and security forces who have been witnesses attacking protesters. But Apple has demanded that the app remove content that identifies individuals as this could lead to physical harm, which goes against the company’s policies on user-created content.

In a comment to Newsweek, activist Tatiana Martynova criticised Apple’s decision, saying the people of Belarus are peacefully demonstrating against armed fascists who are beating and torturing the civilian population without consequences.”

Pavel Durov, the Russian entrepreneur who founded Telegram, says he does not think the situation is black and white, but that he would rather leave the channels be. “TypicallyApple doesn’t offer much choice for apps like Telegram in such situations,” he said. “Unfortunately, I assume these channels will end up getting blocked on iOS, but remain available on other platforms.”

Apple has often come in for criticism from activist and human-rights groups when taking actions that appear to protect controversial political regimes. Most famously it frequently removes seemingly innocuous apps from the Chinese App Store if they displease Beijing.

But such actions are normally taken under the justification that the company is necessary to follow the law in local regions. And in this sense the Belarus situation – in which Apple is actively taking steps to protect individuals beyond its apparent legal obligation to do so – seems different.

6 bodily tissues that can be regenerated through nutrition

Breaking the Covid Trance: how the (Irish) people were psychologically manipulated…