Officials say the health risks of 5G haven’t been properly evaluated. They also cite concerns about the increase in electromagnetic pollution and the dehumanization of society. 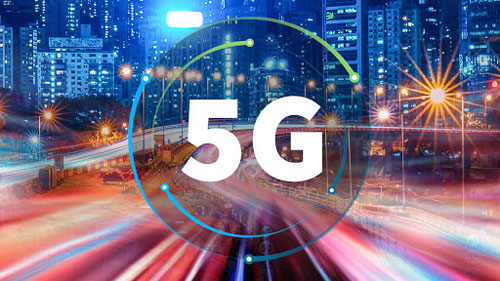 More than 70 mayors and elected officials from France called for a moratorium on 5G technology, as resistance to 5G in France grows. The mayors’ main concern, they said, is that “the health risks for living organisms have not been evaluated.”

Michèle Rivasi, a member of the European Parliament (MEP) who is leading the efforts, said she is ready to go to the European Court of Justice on this issue, according to a report in the French media.

In addition to health concerns, according to an article published in French, the mayors and elected officials raised other issues, including:
– the increase in electromagnetic pollution;
– the environmental impact of the multiplication of digital flows and additional energy requirements in a period when there is an incentive to save energy;
– the significant increase in the need for rare raw materials for the manufacture of new antennas and new communicating objects;
– the reinforcement of desocialization linked to mobile screens and the risk of dehumanization of society.

Rivasi is a strong opponent of 5G. In June 2020, she published a report, “ICNIRP: Conflicts of Interest, Corporate Capture and the Push for 5G.”

The International Commission for the Protection Against Non-Ionizing Radiation (ICNIRP) is a private organization whose recommendations for radio frequency guidelines – which deny any harms of wireless technology – have been followed by the World Health Organization and several countries despite the organization’s clear conflicts of interests and ties to the telecom industry.

In September 2020 a few MEPs including Michèle Rivasi formulated a few questions for European Commission concerning 5G and health risks:

In his answer to MEP Sinčić’s parliamentary question (P-000873/2020), Commissioner Breton states that the Scientific Committee on Health, Environmental and Emerging Risks (SCHEER) has a standing mandate to assess the health risks of electromagnetic field exposure and that the committee has already produced five relevant opinions. Attributing the opinions of the Scientific Committee on Emerging and Newly Identified Health Risks (SCENIHR) – which last published an opinion in 2015 – to SCHEER – which started its work in 2016 – creates confusion. SCHEER has not yet issued an opinion, only a statement in December 2018 in which it suggested that 5G could have biological consequences.

Commissioner Breton’s answer expresses support for 5G despite SCHEER not having completed its 5G risk assessment, and only references the International Commission on Non-Ionizing Radiation Protection (ICNIRP), a non-governmental association based in Munich. It fails to mention an appeal from over 180 European scientists recommending a moratorium on the roll-out of 5G until potential hazards for human health and the environment have been fully investigated.

Will the Commission continue to promote 5G without waiting for SCHEER’s risk assessment?

Concerns about ICNIRP’s conflicts of interest were confirmed in a 2012 decision by the Italian Supreme Court. The court, which ruled that the plaintiff’s brain tumor was caused by a cell phone, also concluded that experts with ICNIRP affiliations “lacked credibility and authority, and as such, were essentially outside the scientific community.”

In 2020, an Italian Court of Appeals decision made even stronger findings regarding ICNIRP and its members.

Rivasi’s report on ICNIRP was written and published with Dr. Kalus Buchner, an MEP from Germany. Buchner is a scientist who also conducted studies on how radio frequency affects health. His study on the health effects of cell towers showed adverse effects on stress hormones, including on adrenaline and dopamine. Buchner’s study also observed dose response.

This latest action by the French mayors is not surprising. The resistance to 5G in France has become a top agenda item for the French Green Party, Europe Écologie Les Verts. During the local June elections, the party gained more power, and its candidates won in major cities, including Paris, Lyon, Marseille, Montpellier, Bordeaux and Strasbourg.

The party resistance to 5G was based mainly on environmental considerations, as it is estimated that 5G would exponentially increase energy consumption. The call for a moratorium on 5G, led by Rivasi, is focused on health concerns, though it also references the environmental impacts.

The resistance to 5G in France also garnered headlines in September, after employees of Orange, one of the biggest cell phone providers in Europe, wrote a letter calling on the company to not deploy 5G.

Published on 10 October 2020 in Le Figaro, the article Lille City Council adopts a moratorium on 5G deployment show that Martine Aubry, socialist Mayor of Lille, prefers to wait for the publication of the report of the French Agency for Food, Environmental and Occupational Health & Safety (ANSES), in 2021.

“Before we can say that 5G definitely represents a step forward for our cities and their inhabitants, it seems to us that several grey areas (…) remain to be clarified”, the elected officials explain in the text of the motion, presented by the municipal majority, the group Lille in Common. “Official reports published in recent months (…) still do not enable the most appropriate authorities to exclude any real risk to populations in connection with exposure to this new technology,” they argue.

The elected officials also question the “high level of investments required”, in the “difficult financial context” of the Covid-19 epidemic, or the “real utility” of this technology, which will force individuals and professionals “to renew their electronic products despite any consideration related to their sustainability”.

The motion adopted provides for the suspension within the municipality “of any authorization of installation or activation of antennas + test + related to 5G technology (…) at least until the publication of the ANSES report expected in 2021” [French Agency for Food, Environmental and Occupational Health & Safety].

The metropolis of Bordeaux had already adopted a motion at the end of September 2020 asking the government for a moratorium on this technology and a postponement of the frequency allocation process. The executive, for its part, rejected the idea of a moratorium on auctions of 5G frequencies, also put forward by 70 elected left and green people in mid-September, citing the absence of any health risk.

Breaking the Covid Trance: How the (Irish) people were psychologically manipulated (VI)